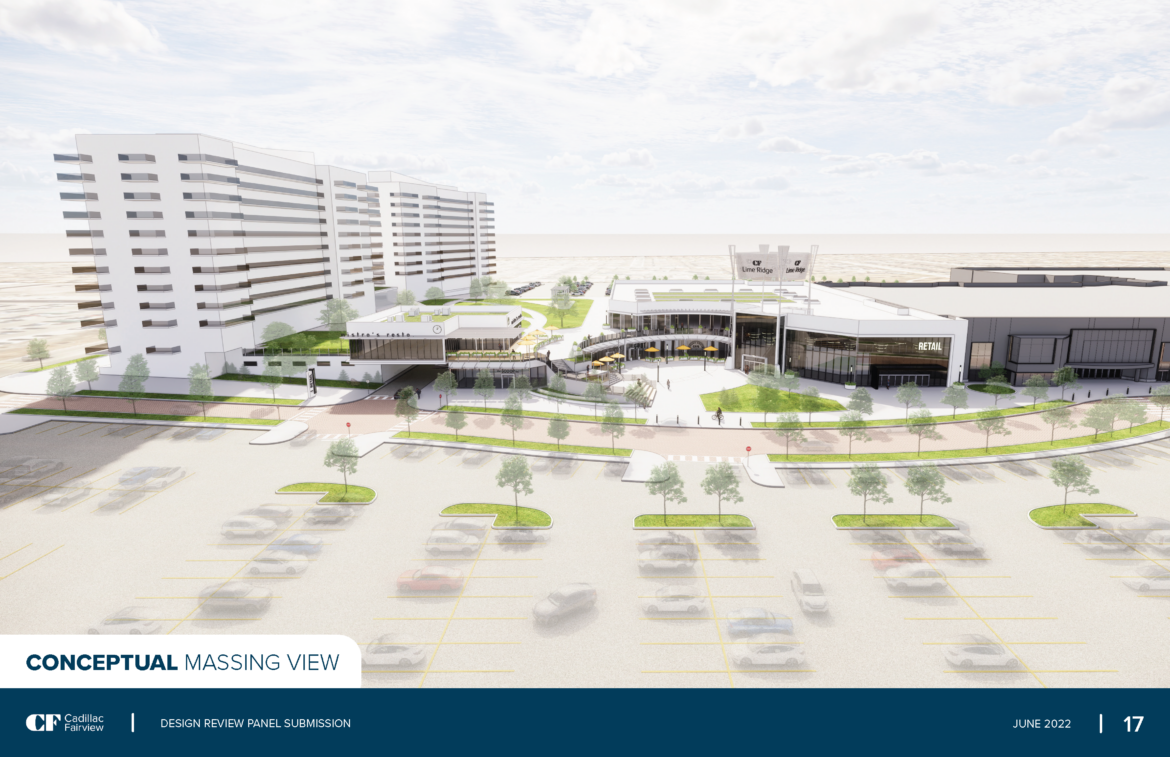 Cadillac Fairview is looking to begin the redevelopment of Lime Ridge Mall into a mixed-use community beginning with two residential 12-storey buildings on the northern edge of the property and changing space formerly occupied by Sears into a restaurant district with an internal food court.

The new mid-rise buildings will contain 320 residential units. The planned tenure of the units is not part of the design review documentation. The residential units at CF’s redevelopment of its Richmond Centre mall are investor condos.

The new residential buildings will abut the Fortino’s plaza property, where there is presently parking for the mall. 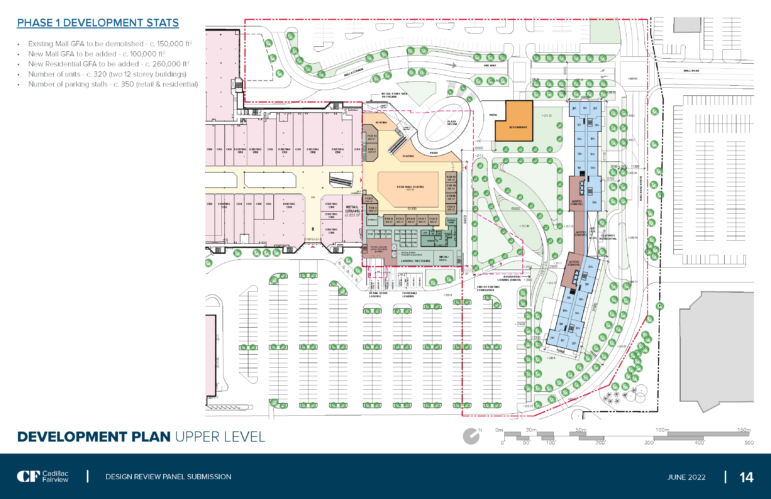 As part of the plan, Cadillac Fairview will begin creating pedestrianized connections in and out of the mall property to the surrounding community.

The City of Hamilton is contributing $3.3-million to build a new HSR bus terminal using Metrolinx “quick wins” funding the City received in 2008. The new terminal will be on the other side of the property, nearer to the Lincoln Alexander Parkway. 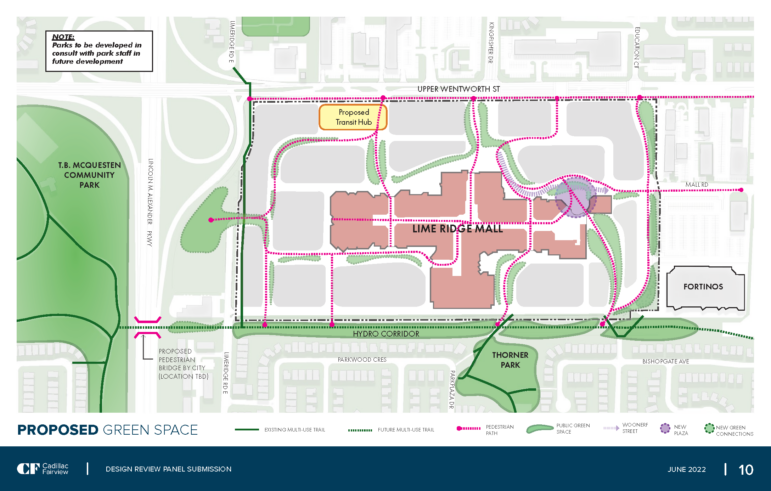 Proposed new pedestrian pathways at Cadillac Fairview’s Hamilton Lime Ridge Mall as part of Phase I of the redevelopment of the site. As presented to Hamilton’s Design Review Panel in June 2022

The new plan is similar to Fairview a 2018 proposal which envisioned a box restaurant concept for the former Sears. This new plan better meets the City of Hamilton’s planning priority of creating pedestrian-friendly environments.

The City of Hamilton and Cadillac Fairview negotiated changes to the zoning of Lime Ridge Mall, during the City’s city-wide commercial mixed-use zoning plan, to allow this type of development proposal to be approved by planning staff as a Site Plan Approval.

The Panel will meet Thursday afternoon at 2:45 pm to discuss the plan.

Members of the public can request to view the meeting by emailing the City’s Design Review Panel coordinator at drp@hamilton.ca by 12:00 noon on Wednesday.

Malls across North America are redeveloping into mixed-use properties.

In Hamilton, there is an active planning application to redevelop the large strip mall property at 200 Centennial Parkway North.

Eastgate Square on the Hamilton / Stoney Creek border is working on a redevelopment plan. It has not yet been filed with the City.