Lime Ridge Mall owner Cadillac Fairview wants to create a restaurant district as part of their redevelopment of the former Sears store that anchored the north side of Hamilton’s largest indoor shopping centre.

A Restaurant Row proposed as part of Lime Ridge Mall’s redevelopment of the former Sears store.

The planning application is a public document, and The Public Record reviewed it this morning shortly after the “hold” was placed on the file.

The proposal is to demolish the existing structure which housed Sears, and to construct a new two storey anchor to the indoor mall, one restaurant addition attached to the shopping centre, two standalone restaurants in front of the new anchor, and two restaurants at the front of a two-storey 494 parking stall parkade structure.

The parkade will be connected to the mall by a pedestrian bridge, and the parkade’s two restaurants will feature rooftop patios.

The submission was formally submitted a day before Mayor Fred Eisenberger, who Councillors Donna Skelly and Terry Whitehead say has been briefed on Cadillac Fairview’s longer term vision for the Central Mountain site, publicly moved that city staff approach Cadillac Fairview to see if they were interested in having mixed commercial and residential use on the property.

The Public Record’s practice is to wait for the Design Review or public notification stage of the planning process to report on these type of developments; as it is common for major details to change while developers conduct early meetings with city staff. To finalize their submissions, developers spend tens of thousands of dollars on professional consultants, engineers, and architects prior to the public meetings stage.

Cadillac Fairview met frequently with city officials prior to submitting this first application of their long-term vision for the 60-plus acre property. City planning files include a chronological index of staff action on the application. City staff scheduled a

Formal Consultation meeting of the Development Review Team the day after submission, and circulation of the file to city sections for comment had begun.

City staff are awaiting more information on how Cadillac Fairview wishes to proceed with the file.

Here are two site plans submitted in the file. 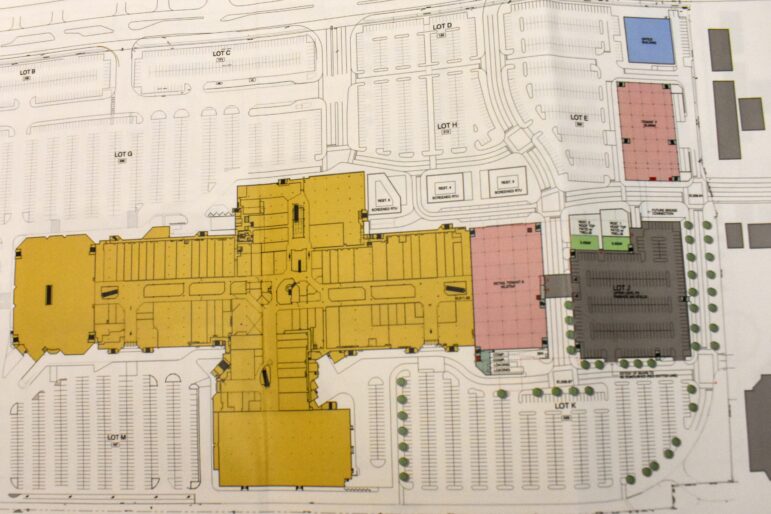 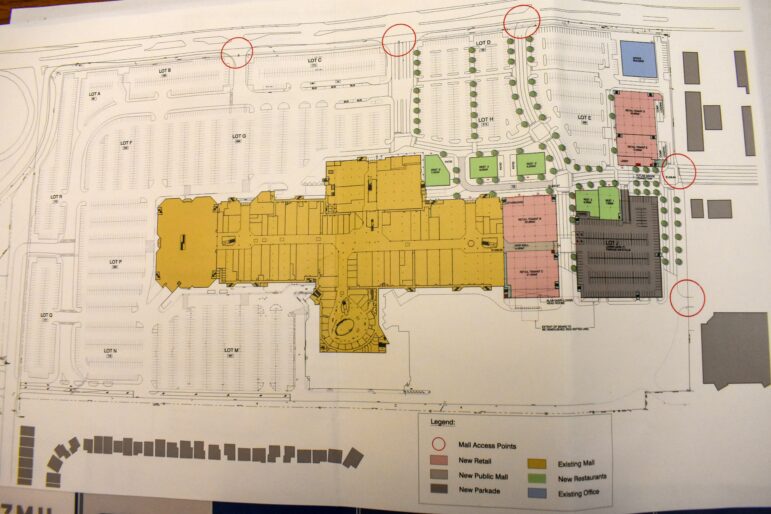