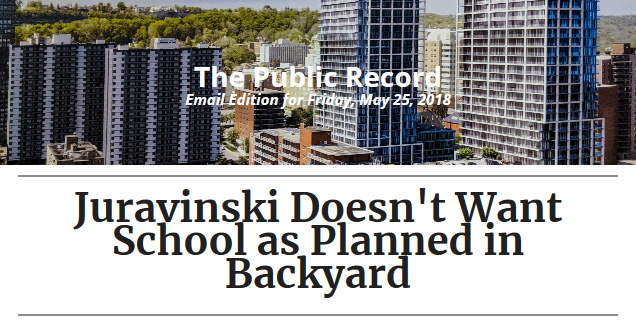 The Public Record publishes a regular newsletter, we post it at the end of each day, sign up to get future editions delivered to your inbox in the mornings, or see our archives.
View this edition in its original format, with images, on our MailChimp page. (This version is primarily for web indexing)

Today from The Election Desk

The latest updates from The Public Record’s municipal election desk, 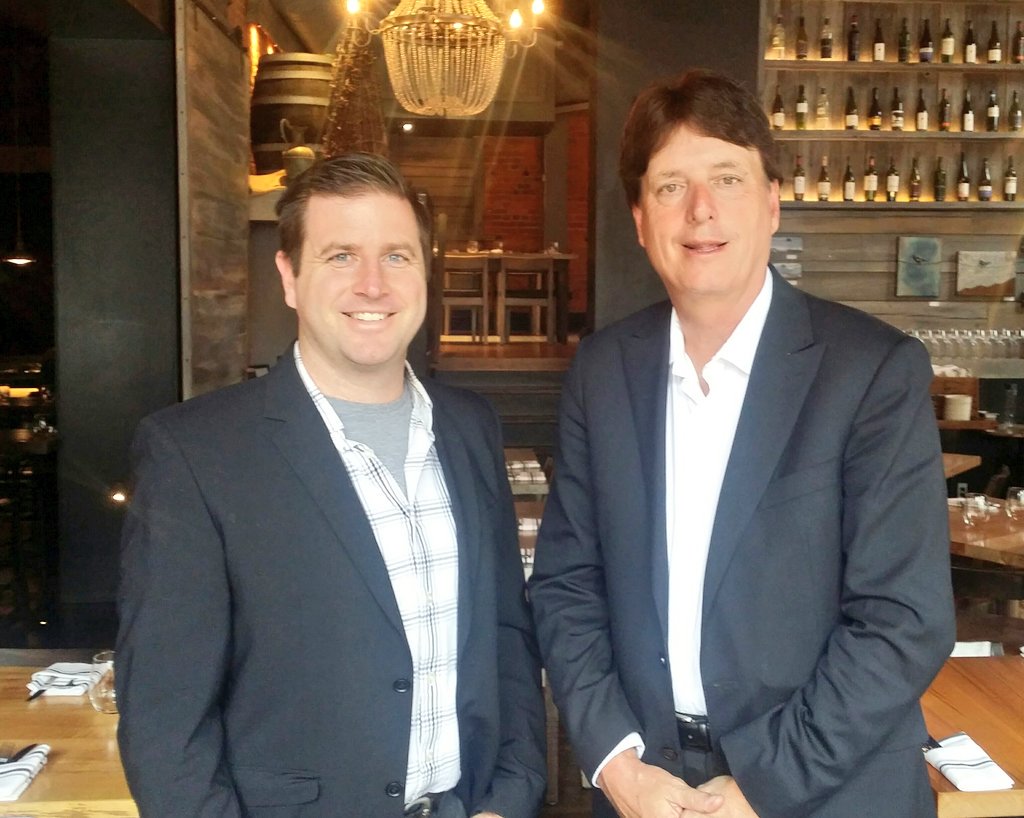 Danko and Whitehead Meet
Registered Ward 8 candidate John-Paul Danko met with incumbent Ward 8 Councillor Terry Whitehead yesterday; tweeting positively of the meeting and about Whitehead. Whitehead declared last week he will not be running for Mayor.
The current Ward 8 is now split between the new Ward 8 (where Danko is running) and a new Ward 14, with most of the current Ward 8 in the new Ward 14. This tweet indicates (at least to me) that Whitehead will be running for re-election in the new Ward 14. Asked about the meeting, Whitehead declined to confirm if it means he’s running in the new Ward 14.
(Photo above tweeted by Danko)
Penny Deathe Registers for Re-Election as Waterdown/Flamborough Trustee
Penny Deathe is seeking re-election in Ward 15 as Public School Trustee. Deathe filed her papers on Wednesday at City Hall. Deathe is an extremely close political ally of Ward 15 Councillor Judi Partridge. Partridge campaigned on Deathe’s behalf in 2014, which Deathe won by only 11 votes over Nick Lauwers. The race as was proxy battle between the Liberals and Conservatives.
With the latest polling numbers showing the Ontario Liberals facing a historic defeat in the provincial election, Judi Partridge is unlikely to become MPP at Queen’s Park. Partridge confirmed Wednesday night that she intents to seek re-election to City Council in Ward 15 if she is unsuccessful in the June 7 provincial election. (If Partridge is successful, Deathe can still register to run for the Council seat Partridge will vacant.
New Candidate in Ward 8
The Ward 8 City Council seat is looking to be an open contest with no incumbent, so we can expect a long list of hopefuls. The latest to register is Anthony Simpson. Our full list of candidates is updated with his name.
New in Candidate Websites
Ward 10 City Council candidate Ian Thompson’s website is now live, and he wants to you know he is a Property Tax Payer, with NEW ideas for a NEW era in the NEW Ward 10. His early platform planks including hiring two new police officers for each ward in Hamilton to focus on dangerous driving, more Neighbourhood Watch programs, term limits for City council, and fiscal responsibility – citing Council’s free lunch program as one of the first things he’ll cut.
Join The Public Record’s Coverage: Send Us What the Candidates are Sending You!
Be part of The Public Record’s Election Team, send up photos and scans of candidate materials, screencap Facebook ads that you see in your social media feed, and help all Hamiltonians know what the candiates are staying. Email them to electiondesk@thepublicrecord.ca, we’ll post all candidate materials to our website. 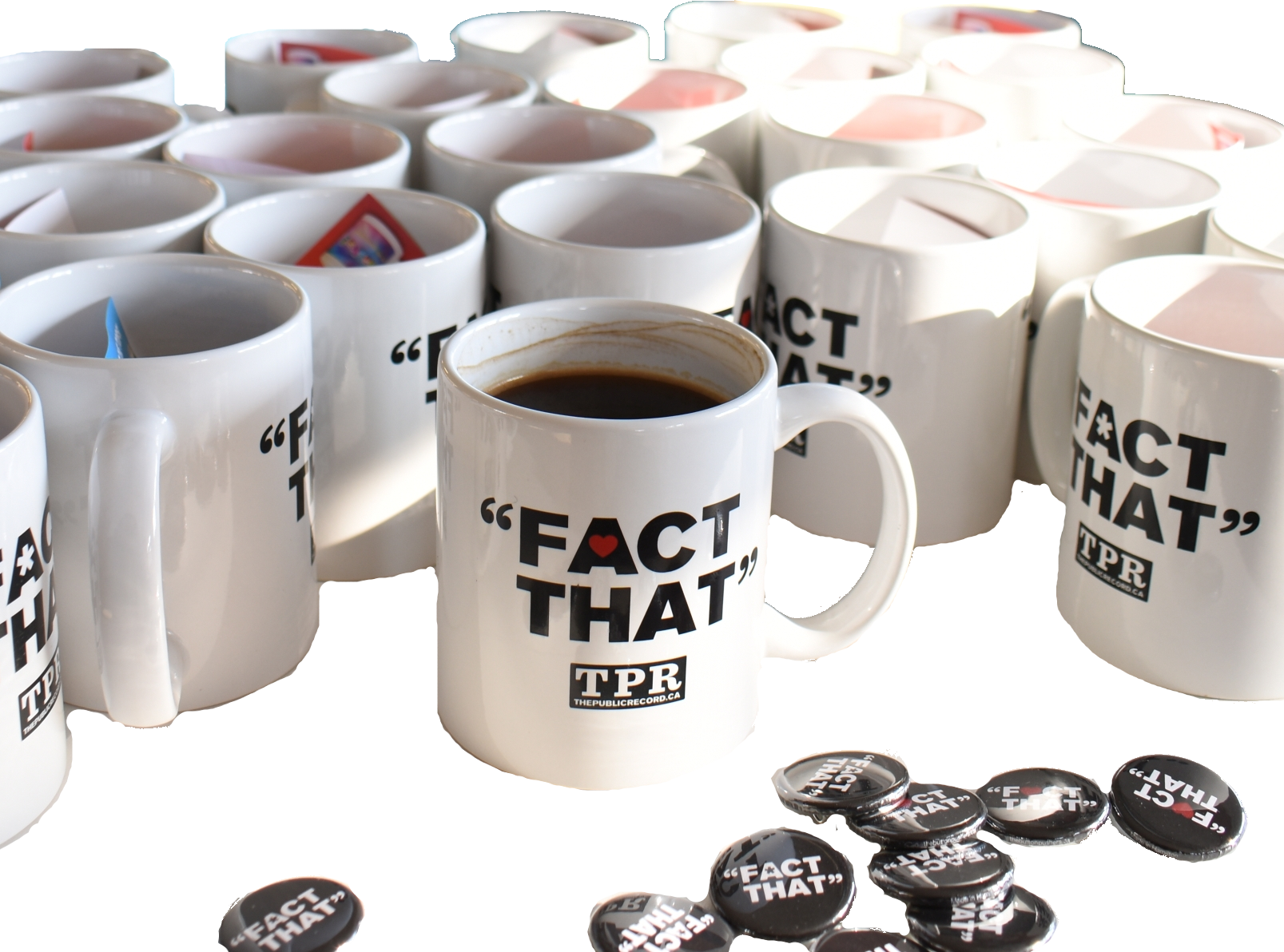 The Public Record is an independent reader-funded local news outlet serving Hamiltonians, and made possible by our Press Club members.
Join 27 fellow Hamiltonians as Press Club members and help both sustain and grow the future of local journalism right here in Hamilton.
Click here to learn more and sign up.
Next Press Club Event
The Public Record Live with the Graham Crawford Show
followed by the first TPR municipal election panel
Thursday June 14, 2018 from 6:30pm to 9:00pm
Corktown Pub, 175 Young Street, Downtown Hamilton