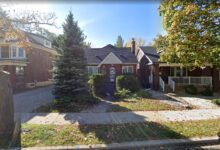 Committee of Adjustment Votes Against Allowing Secondary Unit Because Students

Student rentals ‘pose a problem’ for the neighbourhood, says the CoA Member who moved the denial. 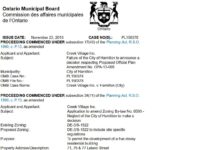 The Ontario Municipal Board has tossed Hamilton City Council’s opposition to a 5-storey 129-unit student-orientated multi-residential development near McMaster University in the Ainslie Wood neighbourhood at 71 – 77 Leland Street. The land was previously used for light industrial and the existing industrial buildings will be demolished. The developer, Creek Village Inc, appealed to the OMB after Council failed to make a decision within legislated timelines. Councillor Aidan Johnson opposed the development, which City planning staff stated fulfilled the requirements of the Urban Hamilton Official Plan and recommended the approval of. Council hired outside planners to argue their case.