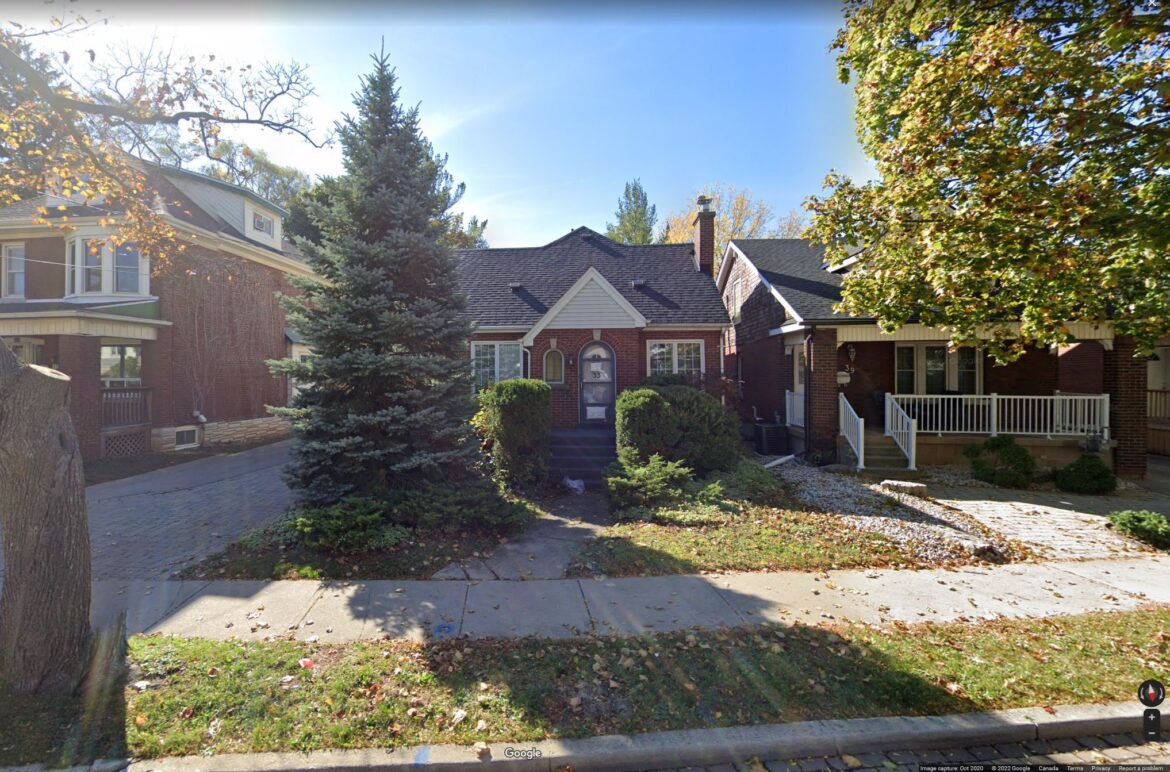 Hamilton’s Committee of Adjustment voted against allowing a secondary dwelling unit near McMaster University because student housing “poses another problem both for the neighbourhood and for the, what do you want to call that? The comings and goings of that number of people renting within that house” in the words of CoA Member Nancie Mleczko.

The owner of a home at 33 Sterling Street sought minor variances to convert an exercise detached garage in the rear of the property to a three-bedroom secondary dwelling unit (SDU).

The home is presently rented to students.

The variances are required to allow the third bedroom, whereas Hamilton’s SDU bylaw permits a maximum of two bedrooms, and to allow a larger than permitted size because the existing structure is 81.0 square metres, whereas the bylaw only permits up to 75.0 square metres for a detached SDU.

The Committee of Adjustment discussed the application for nearly 18 minutes before the possibility of students living in the SDU entered the conversation.

It was then that CoA Member Nancie Mleczko stated students pose a “problem” and moved the motion to deny the application.

A few minutes prior, CoA Member Thomas Lofchik stated he could not support any variances to allow more bedrooms because it would set a precedent that “every basement could have three bedrooms.”

City staff stated the variances represent good planning, are in keeping with the intent of bylaws, and are “desirable for the development as no negative impacts are anticipated to arise for the subject site and surrounding area.”

The owner’s agent, Joseph Plutino, stated the variances are in keeping “the prevailing policy of the provincial government, which is to provide affordable housing exactly as is being provided here.”

Plutino stated the Provincial Policy Statement calls for “the provision of affordable housing for students and for anyone else” and “that means [the application] ought to be supported.”

“That’s the general intended purpose, not whether it’s three square meters bigger, or affords an additional bedroom,” he concluded.

Lofchik quickly responded, “Well, then why not provide three bedrooms in every basement?”

“We are not talking about basements,” replied Plutino.

At this point, Mleczko made her statement opposing because the intent is to rent to students.

The Committee of Adjustment stated it denied the application. The CoA does not disclose its votes. The Municipal Act does not require disclosure of votes in electronic meetings.

The Ontario Human Rights Commission explains that municipalities are required to “zone for land use, not for people.”

The owner and their agent can appeal the denial to the Ontario Land Tribunal. The OLT has traditionally held that post-secondary students are a protected class and has applied strict scrutiny to decisions that appear to ignore their interests.

If the owner appeals the decision, City Council will have to decide if they will hire outside counsel and planners to defend the denial, as the City’s internal planning staff recommended approval.