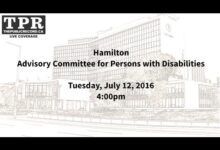 Hamilton Advisory Committee for Persons with Disabilities for July 2016

Hamilton’s Advisory Committee for Persons with Disabilities will discuss Hamilton’s Light Rail Transit Project during their July meeting with a presentation from the LRT office.
The meeting beings at 4 p.m. on Tuesday July 12. The Public Record will broadcast. 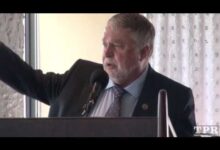 Minister of Municipal Affairs and Housing Ted McMeekin offered opening remarks at the McMaster Institute for Transportation and Logistics research presentation “Benchmarking, Planning and Promoting Transit-
Oriented Intensification in Rapid Transit Areas”.
The presentation was held on May 31, 2016 at the Hamilton Waterfront Conference Centre. 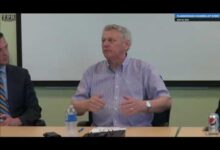 The Flamborough Chamber of Commerce hasn’t taken an official position on the Hamilton B-Line LRT project. It has questions, and many concerns.
As part of their mandate to promote informed civic engagement, the Chamber invited staff from the LRT office to speak to Chamber members in Flamborough on the project.
The Public Record was there, and here’s the full video of the meeting. 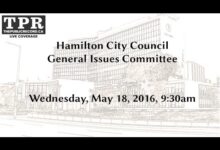 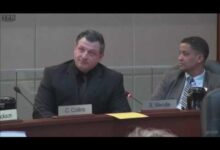 In a surprise twist, Hamilton City Council will debate if they will reaffirm support or turn down provincial funding for Light Rail Transit during their Council GIC meeting on Wednesday, May 18. This comes after Councillors voted to defer a vote on a motion by Sam Merulla supporting the LRT project. Merulla moved his motion and spoke to it. As soon as Merulla was done introducing the motion, Partridge moved to close the debate and defer the motion until the May 18 Council General Issues Committee. Nine Councillors voted for the deferral – Collins, Conley, Jackson, B. Johnson, Partridge, Pasuta, Skelly, and Whitehead. 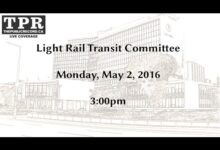