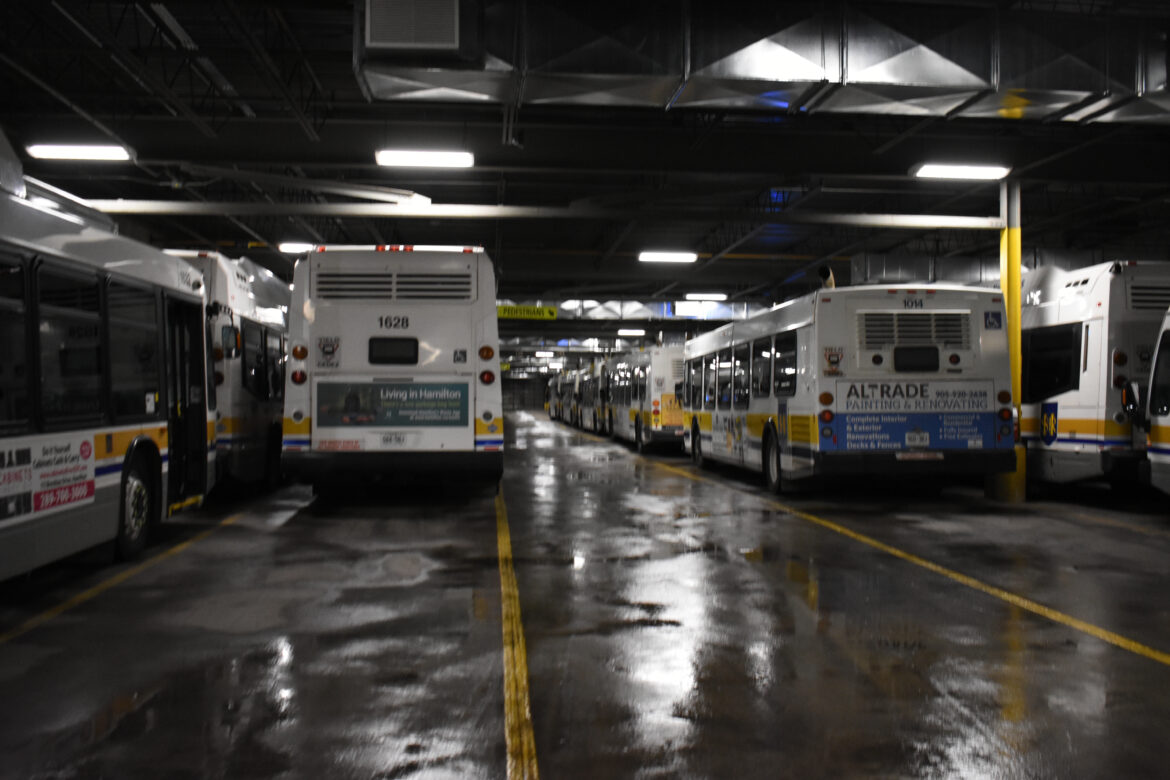 Hamilton’s public transit agency wants its new $300-million bus storage and maintenance facility built and open by the end of 2024.

The City posted bid documents for the facility this week.

The new garage will be located beside the 330 Wentworth Street North public works garage.

The new facility is often referred to as the “Bus Barn”

The 330 Wentworth facility was originally built for the HSR using provincial and federal funding. The former Region of Hamilton-Wentworth Council converted it to a public works vehicle storage building after a few years.

The new bus barn is largely funded by the provincial and federal governments. 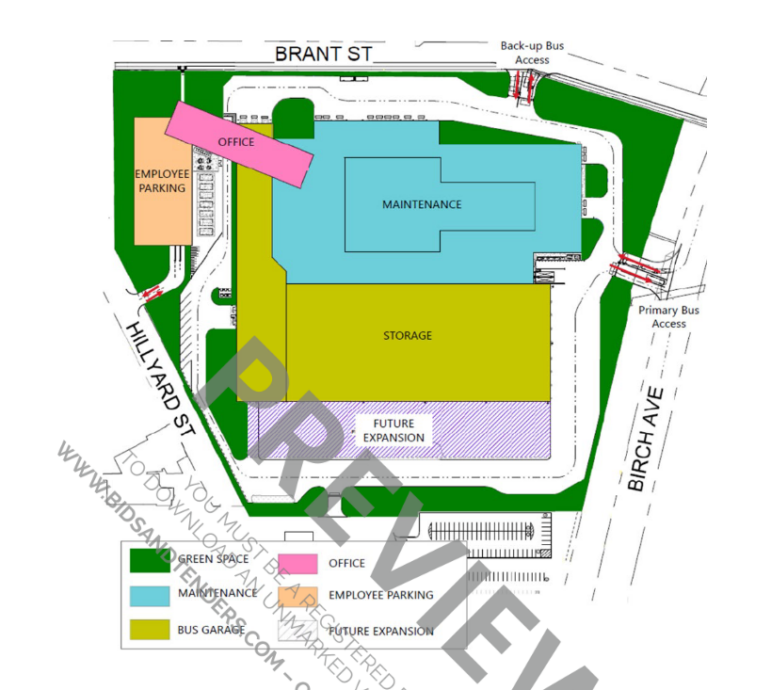 The bid documents state the City wants the facility to house 200 natural gas-fueled buses, a bus wash facility, offices for HSR dispatch and administration, a five-storey parking garage for employees, 30 repair bays, and amenities for employees, including a fitness facility.

The winning bidder will be responsible for demolishing existing buildings and soil remediation on site.

The City says they want the building to “target” LEED Silver principles, but the City “will not be pursuing the certification itself.”

The HSR presently has around 275 buses in its fleet. The buses operate from a transit garage on Upper James Street near the airport.

The present Mountain facility is overcapacity, with many buses being stored outdoors. This lowers their life cycle and increases maintenance costs.

Operating out of the Mountain Transit Centre has increased the HSR’s operating costs as buses must travel to and from the facility to enter service in the Lower City.

The HSR will operate out of both facilities when the new garage opens. 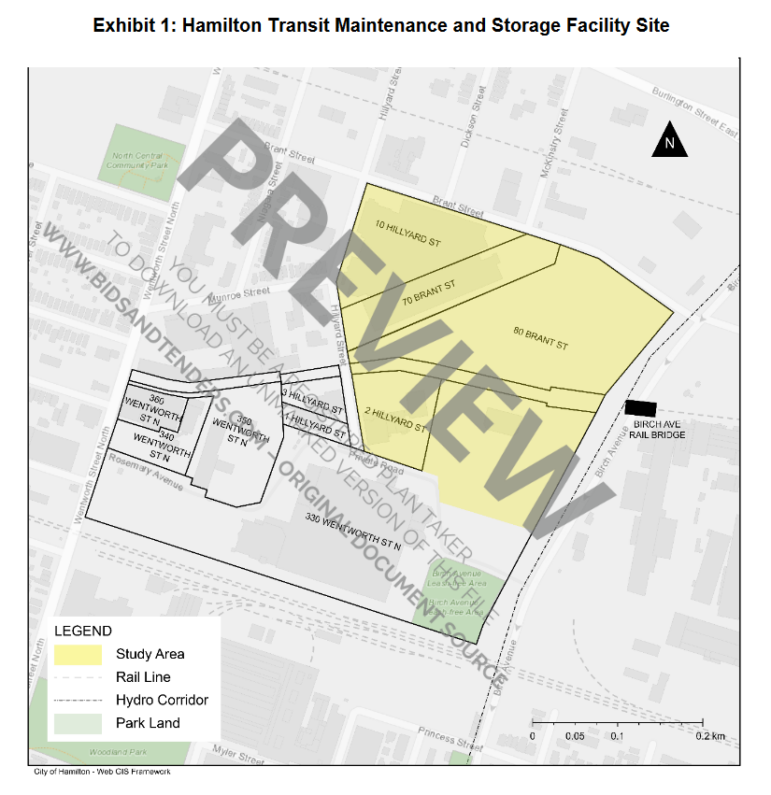 The location of the planned HSR bus barn. From the bid documents posted in January 2023