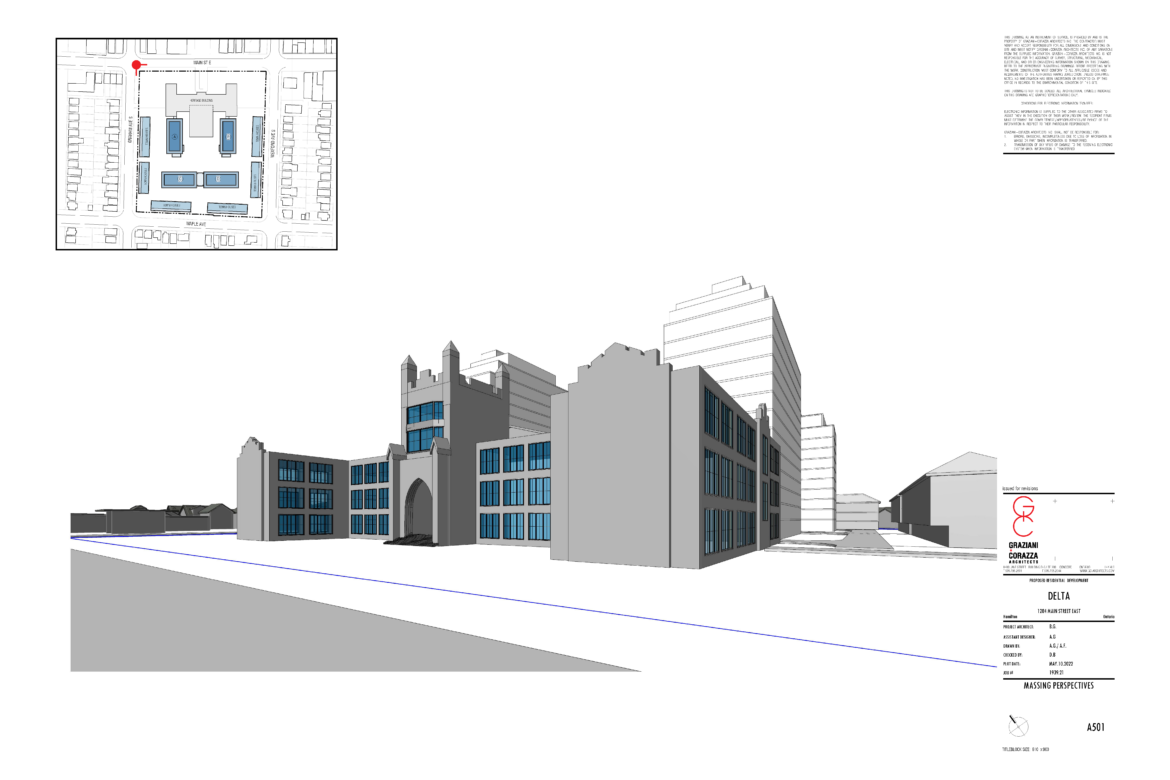 New Horizon Development Group is proposing to build four mid-rise buildings and six blocks of townhouses on the rear portion of the Delta Secondary School site and to retrofit the heritage-designated former high school building for residential use.

The Delta Secondary building opened in 1924 and was Hamilton’s oldest secondary school when it closed in 2019.

The building’s heritage designation includes protection of its Modern Gothic style architecture that “ boasts handsome building elevations in Milton red rug brick and Tyndall limestone – the first such use of this stone building material in Hamilton and one of the first instances of its use in Ontario.”

New Horizon was the high bidder to purchase the site from the Hamilton-Wentworth District School Board earlier this year. Delta Joint Venture Inc. is the corporation created by New Horizon for this development.

Hamilton’s formal consultation process enables developers to pitch early concepts to the City for comment prior to filing their official planning application.

The City’s internal Development Review Team will meet with the developer this coming Wednesday to discuss the plan.

708 residential units are envisioned in this early conceptual proposal. 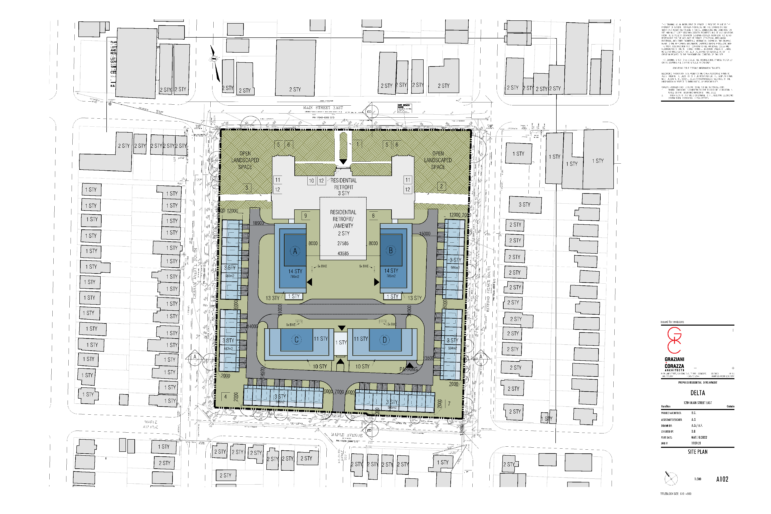 GSP Group Inc is the planning agent for the project. Graziani + Corazza Architects created the preliminary renderings and design for the project. Whitehouse Urban Design, a company affiliated with UrbanSolutions Planning and Land Development, prepared the design brief explaining how the proposal integrates and respects the Cultural Heritage Value of the existing school building.

This early proposal is now being circulated to the dozens of City divisions which review aspects of applications. Following circulation, the City will provide comments and recommended changes to the developer.

Developers traditionally modify their early proposals before making their official applications under the Planning Act.

The final proposal will require rezoning approval from either City Council or the Ontario Land Tribunal.

The property, 1284 Main Street East, is currently zoned “Institutional 2,” which does not permit the proposed residential uses.

TOC1 permits building heights of up to 22 metres, which translates to six or seven stories.

This site has over four times the depth of any other site along Main Street east of the Delta [the intersection where King and Main Streets cross] and is multiples larger than any other property in this area.

Larger properties along the LRT corridor that are zoned TOC4 are permitted up to 40.0 metres.

Once submitted, the final proposal will be reviewed by Hamilton’s Design Review Panel before going to City Council’s Planning Committee for approval.

If approved, construction timelines will be subject to approval by Metrolinx because the site is along the B-Line LRT route. 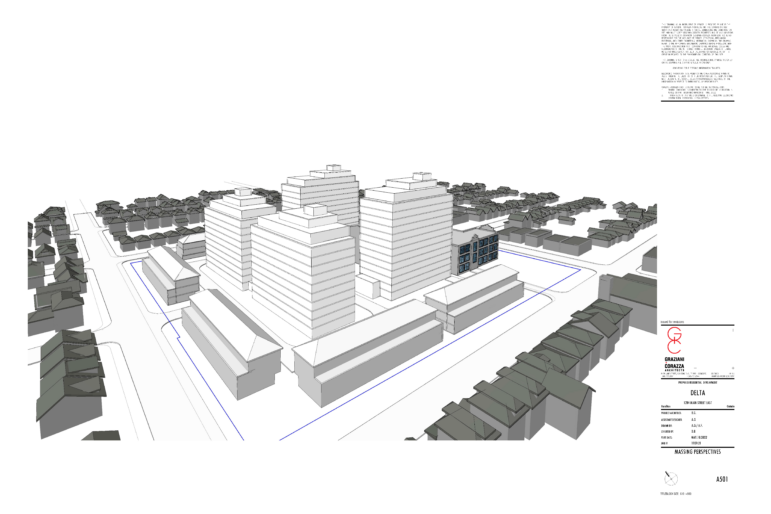