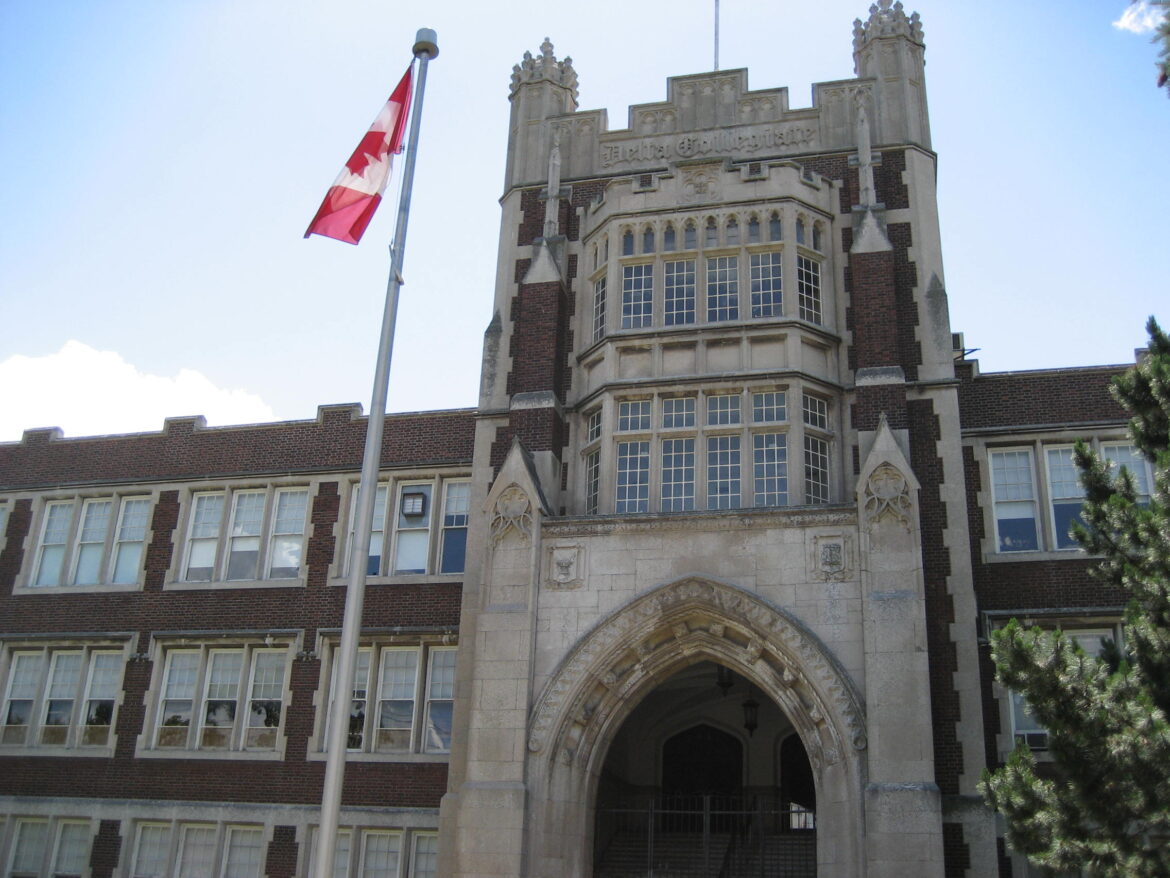 Affordable and social housing charity Indwell is bidding against two private developers to purchase Delta Secondary School from the Hamilton-Wentworth District School Board.

The school was closed in 2019 and is a heritage-designated East Hamilton landmark.

“We’re hoping that the School Board sees the value in our bid,” writes Indwell Director of Projects and Planning Graham Cubitt in response to a question from The Public Record.

“Our vision is to facilitate a community-informed project that prioritizes an affordable, mixed-income rental and home-ownership community for Hamilton households, while keeping the valued heritage of this site intact.”

The Indwell bid is financially supported by the Hamilton Community Foundation.

“HCF has provided the deposit for the bid & is committed to finance the purchase once we receive positive due diligence,” writes HCF CEO Terry Cooke. “We share Indwell’s vision for a mixed income community hub starting with a focus on affordable/supportive housing.”

Windmill specializes in converting heritage buildings into condos and has been seeking opportunities in Hamilton in recent years.

“We expect the private bidders may offer higher offers, but we’re confident they can’t outbid us on broad and transparent public benefits,” writes Cubitt. “We hope that the Board will look at the total public value of the offers, not just the top-line dollar value.”

Opened in 1924 and located at 1284 Main Street East, the building is heritage designated for its Modern Gothic style architecture which “still boasts handsome building elevations in Milton red rug brick and Tyndall limestone – the first such use of this stone building material in Hamilton and one of the first instances of its use in Ontario.”

Following the school board’s decision in 2012 that the school would close, Hamilton City Council began the process of placing a heritage designation on the building to protect it.

It was Hamilton’s oldest high school when it closed in 2019.

The heritage designation requires any residential conversion to protect the entire existing building and prohibits building on the front lawn.

The property is one of the largest in this area of East Hamilton, covering the entire block bound by Main Street East, Graham Avenue South, Maple Avenue, and Wexford Avenue South.

A six-story mid-rise building can be built on the rear asphalt area which served as a parking lot.

Cubitt writes Indwell wants “to be a catalyst for a full spectrum of public benefits through Delta’s redevelopment, including arts and sport/recreation organizations.”

“Schools are important public assets, and we believe these assets are more than just the financialized value of their land.”

The public school board will decide on bids early in 2022.