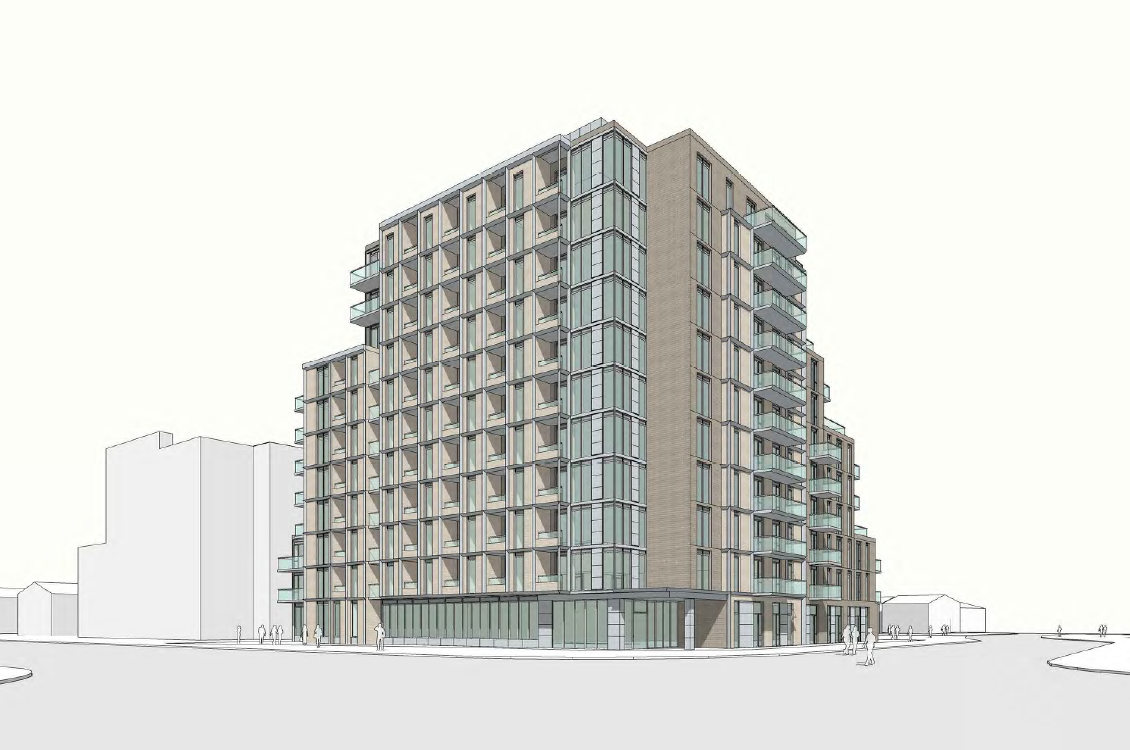 Developers render of a 11-storey, 148-unit residential building with a density of 551 units per hectare at 325 Highway 8 in Stoney Creek.

The Ontario Land Tribunal approved an 11-storey, 148-unit residential building with a density of 551 units per hectare at 325 Highway 8 in Stoney Creek.

The City of Hamilton argued the development is too dense for the site, violates the City’s Urban Hamilton Official Plan, and does not appropriately transition to neighbouring townhouses.

In a 30-page ruling, the OLT rejected the City’s position.

“The City provided no evidence, in the form of a report or otherwise, to support the contention that the proposed number of parking spaces would not actually meet the demand of the proposed development,” Member Andrews writes.

HSR routes 55 and 58 pass in front of the site, with 30-minute headways on each route.

In each ruling, the OLT states mid-rise intensification along arterial roads is good planning.

This is the second development plan for the site by LJM Developments.

In September 2020, representatives of LJM told Council’s Planning Committee that the six-storey project was no longer financially viable. They stated increases in construction costs meant the project had become too “risky,” and they could not secure financing to build.

LJM’s agent stated an increase in height and addition of 55 units was necessary for the project to be viable.

Council unanimously voted against the application. LJM appealed to the OLT.

A person who purchased a unit in 2017 tells TPR that LJM contacted them in January to cancel the sale agreement.

In November, Premier Doug Ford criticized Pace Developments, based in Richmond Hill, for cancelling sale agreements and increasing prices. Ford pledged to end the practice. No legislation is yet before the Legislative Assembly of Ontario regarding sale agreement cancellations.