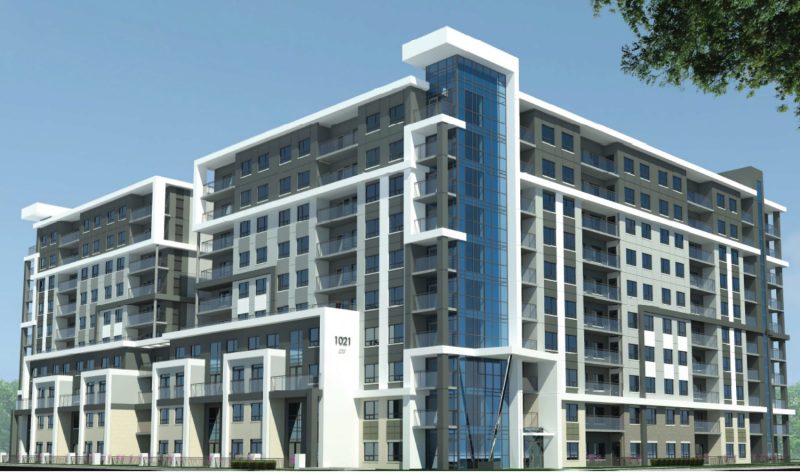 The Ontario Land Tribunal says the City of Hamilton must intensify along primary corridors such as Stone Church Road and West 5th Street, which the City designates as “minor arterial” routes.

In one of two significant decisions in recent weeks, the Tribunal declared that “on a prima facie basis” that “proposed density and degree of intensification .. is not excessive or unreasonable and is supported by the UHOP.”

In a rare two-member ruling, the OLT rejected the City of Hamilton’s position that the Urban Hamilton Official Plan policies for density limit development on minor arterials near low-density residential uses, and the surrounding low-density neighbourhood character should constrain intensification along primary corridors.

“In the Tribunal’s view, what is appropriate is a level of intensification well beyond that of detached, semi-detached dwellings or of townhouse built forms, and the Subject Property, under the criteria, warrants a multi-unit building with a rather significant density.”

OLT Vice-Chair David Lanthier presided over the hearing, with Member Anthony Cornacchia sitting on the panel.

The prima facie declaration by the Vice-Chair, read with the recent ruling regarding 1630 Main Street West, can be read as the OLT establishing a new framework for intensification in the City of Hamilton and clearly instructing Hamilton City Council that if it fails to allow intensification, the Tribunal will uphold provincial planning direction.

The City of Hamilton opposed a mid-rise 10-storey 244-residential rental unit building proposal for the southeast corner of the Stone Church and West 5th intersection.

The applicant, T. Valeri Construction Ltd, filed to the OLT for non-decision.

During the appeal, the developer revised their proposal to nine-storeys with 216 units with a density of 309 units per hectare.

City Hall sought low-rise structures with a density no greater than 200 units per hectare.

The City argued the development did not appropriately consider the character of the broader neighbourhood and the adjacent properties. The City also stated the proposal does not conform with urban design policies but did not call any urban design expert witnesses. The City argued the development should be lower to transition to the neighbouring church parking lot.

The OLT rejected the City’s position that because the neighbouring properties are low-rise buildings – a church, a retirement home, as well as three and two-storey townhouse units – the intersection property should be low-rise.

“The Tribunal is of the view that the broader area is certainly one in transition and an area where there is a lack of uniformity of built-form, uses, development type or neighbourhood character. There are many undeveloped lands, opportunities for infill, and land use designations that indicate that the Subject Property is one of many in an urban area of Hamilton that has already changed and is undergoing change that is anticipated and planned for,” reads the OLT decision.

“Growth must not occur at the expense to Neighbourhood stability, but Neighbourhoods can not remain static, and they must accommodate change.”

Significantly, the OLT cited a development at 445 Rymal Road, 1600 metres away.

“The Tribunal finds that 445 Rymal is very much a part of the broader area surrounding the Subject Property in a state of transition and evolution as low rise dwellings and vacant lands evolve to a more dense residential built form such as multiple dwellings or townhouses.”

The Tribunal rejected the City’s arguments that both Rymal Road and Upper James are too far from the property to be part of the broader neighbourhood character.

Citing UHOP, the Tribunal reminded the City that “high density residential uses are to be located within safe and convenient walking distance of existing or planned community facilities and services including public transit, schools and recreational facilities.”

The Tribunal states the development will add “badly needed rental housing in the City” and encourages the City and developer to resolve issues during the Site Plan Approval process to implement its ruling.

The Tribunal remains seized of the matter during the Site Plan Approval process, with the OLT stating “may be spoken to in the event of a disagreement between the parties” during the implementation of the ruling.

More information regarding the planned development, including all studies and reports produced by the developer, is available on the Urban Solutions website here: https://urbansolutions.info/1021w5th/