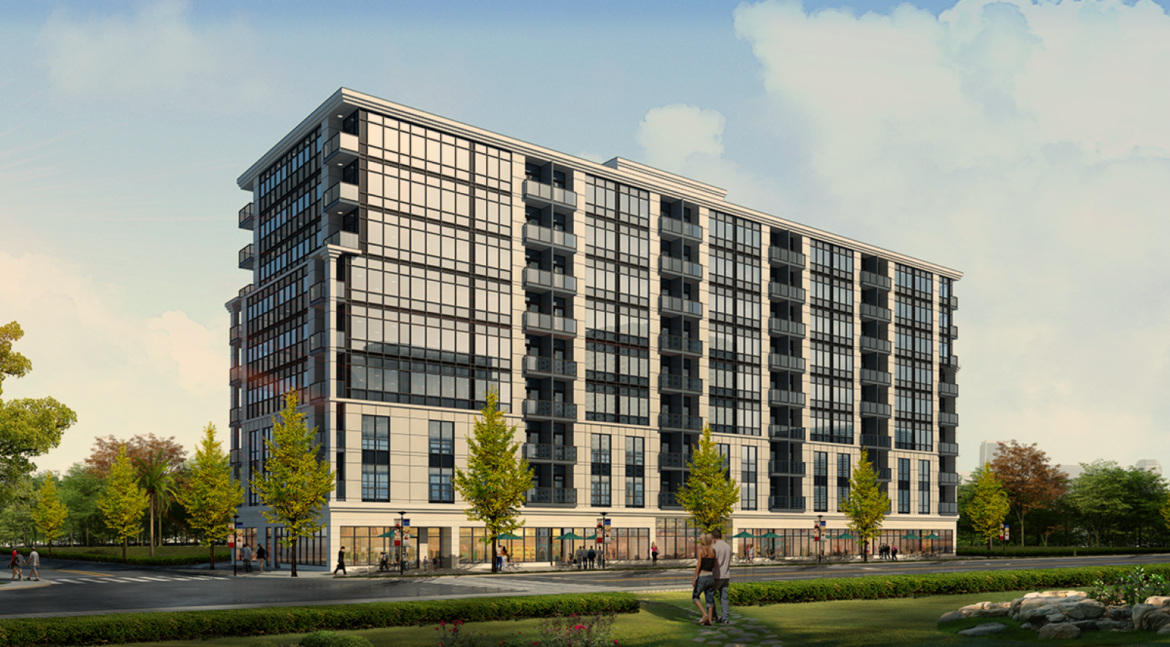 The Ontario Land Tribunal has declared the Ainslie Wood Westdale Secondary Plan (AWWSP) “dated” ruling that the 2005 plan does not comply with current provincial planning policies and using the plan “would have a detrimental effect on achieving good planning outcomes as envisioned by provincial policy.”

The statement comes in a 32-page decision approving a nine-storey residential midrise at 69 Sanders Boulevard and 1630 Main Street West, approximately 800 metres west of the McMaster University campus, nearly across from the Fortino’s plaza.

The site is along the proposed HSR rapid transit BLAST network with future expansion of the B-Line LRT planned to University Plaza.

When built, the condominium building will contain 160 residential units. There will be 22 townhouses behind the building to create a transition into the surrounding residential neighbourhood.

The City of Hamilton “adamantly opposed” the proposal, telling the Ontario Land Tribunal that the character of the Main Street West in Ainslie Wood is that of a “stable residential neighbourhood.”

The City’s planner argued that the AWWSP should supersede the Urban Hamilton Official Plan, the city-wide planning document that identifies arterial roads as appropriate for intensification.

The City argued three-storey townhouses are the appropriate built form for the site.

The permitted height “would be reduced to 3-storeys or perhaps 4-storeys at the most”, the Tribunal wrote in response to the City’s submission.

The Tribunal accepted and agreed with the opinion of the developer’s planner.

Registered professional planner Matt Johnson, of Urban Solutions, stated the development was appropriate for a major arterial road and that the Main West community is in the process of intensifying to higher-density uses.

Johnson submitted that Main West near the planned Light Rail Transit corridor is an appropriate and proper corridor to intensify due to its proximity to major institutions, commercial and retail centres and higher-order transit.

The City agreed the site has adequate water, sanitary and stormwater infrastructure, and traffic can be accommodated within the existing road network.

In its arguments, the City stated the development does not meet the angular plane and shadow requirements when the urban design guidelines of the Downtown Secondary Plan are applied to this site.

The Tribunal rejected both arguments. The balconies of the neighbouring building are already shadowed by their own building.

“The Tribunal finds that the reference in the AWWSP to absolute limits on heights and densities is an unreasonable and overly rigid policy expectation that, if enforced literally,” writes OLT Member Anthony Prevedel, “would have a detrimental effect on achieving good planning outcomes as envisioned by provincial policy.”

Prevedel declined to issue a holding provision requested by the City, writing “that there is no need to have a Holding Provision, as this would add another layer of bureaucracy to the process.”

The development application will now proceed to the completion of technical studies, reports, drawings, and Site Plan approvals.

Urban Solutions is posting all planning documents on its website here: https://urbansolutions.info/sanders-garden-condo/