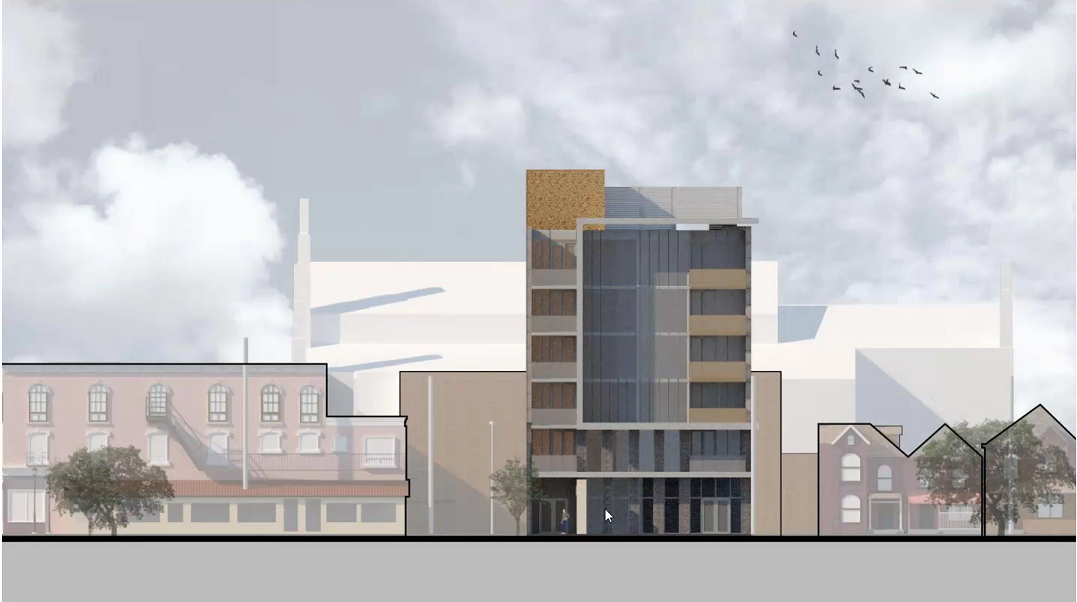 The Ontario Land Tribunal dismissed an appeal seeking to stop the building of a six-storey 28-residential building without parking at 11 Robert Street near James Street North in Ward 2’s Beasley Neighbourhood.

Hamilton’s Committee of Adjustment approved the development at a March 4, 2021 hearing after the City of Hamilton’s planning staff recommended approval of zoning changes as minor variances for the project.

The project was the subject of a Design Review Panel meeting in 2020.

The OLT, in its ruling released just before Christmas and made public on Monday, agreed the plan represents good planning, is desirable, and the variances qualified as minor.

“The Tribunal finds that the proposed height variance maintains the purpose and intent of the Urban Hamilton Official Plan and the Downtown Secondary Plan,” wrote OLT Member Hugh S. Wilkins in the Tribunal’s decision.

The proximity of the West Harbour GO Station and Downtown Hamilton, combined with on-street parking for loading in front of the building, are reasons the Tribunal rules it is appropriate for the development to not include underground parking.

The developers can now fill their Site Plan Applications to the City of Hamilton to move forward with obtaining demolition permits for the existing single-storey commercial building on the site, and building permits for their mid-rise building.