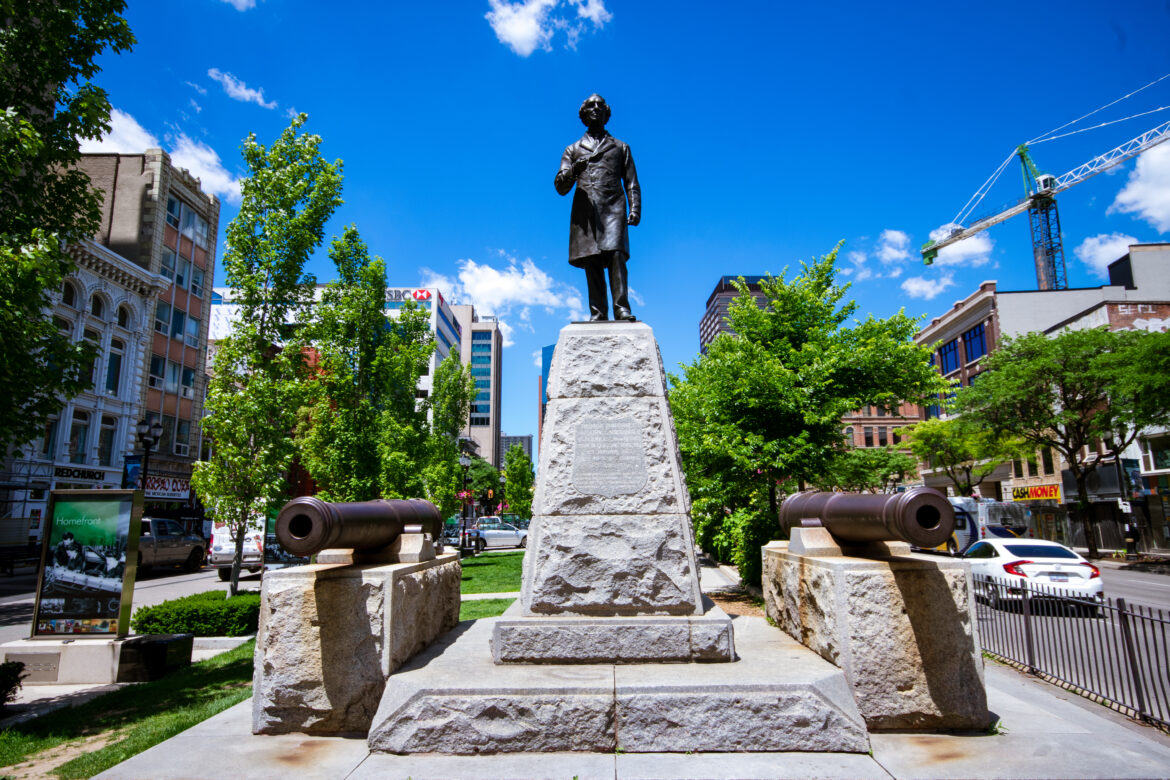 Ward 3 Councillor Nrinder Nann says it is time for the City of Hamilton to remove the Sir John A Macdonald statue from Gore Park. Nann plans to move a motion on Thursday afternoon at the Emergency and Community Services meeting to direct staff to remove the statue immediately.

The decision will go to a final vote at the full Council ratification meeting scheduled for Friday morning.

Sir John A Macdonald is Canada’s first Prime Minister. He played a critical role in the creation and expansion of the residential schools.

Calls to remove the statue from Gore Park have grown since the publication of the Truth and Reconciliation Commission Reports in 2015.

In December 2020, City staff told the Committee they are “seriously” considering the removal, and City Manager Janette Smith would present a report to Council in early 2021. The report is not yet public.

In recent weeks, following protests at the statue, the City Manager’s Office states the overdue report is forthcoming to Council. The report will not be specific to the Macdonald statue and will outline a process for reviewing monuments across Hamilton.

Nann states the City needs to act now, and this is why the motion is being put to Council next week.

The Hamilton motion comes less than a month after the City of Kingston’s Council voted to move its Sir John A Macdonald statue from a predominant location in that city’s downtown City Park. Kingston’s statue is now in storage, with consultation underway with Indigenous communities regarding its relocation into Cataraqui Cemetery, a National Historic Site where Sir John A. Macdonald is buried. Macdonald lived in Kingston after coming to Canada, and he was born in Glasgow, Scotland.

Hamilton was the first place in Canada to erect a statue of Sir John A Macdonald.

On Wednesday of this week, the statue was covered in red painted handprints to symbolize the thousands of Indigenous children who died at residential schools. Within hours, the City Manager’s Office ordered the cleaning of the statue to remove the handprints.

The Emergency and Community Services Committee meets at 1:30 pm on Thursday. Anyone can request to delegate to the Committee by filling out this form on the City of Hamilton website.

During the same meeting, a motion to rename Ryerson Recreation Centre will be presented on behalf of Ward 1 Councillor Maureen Wilson.