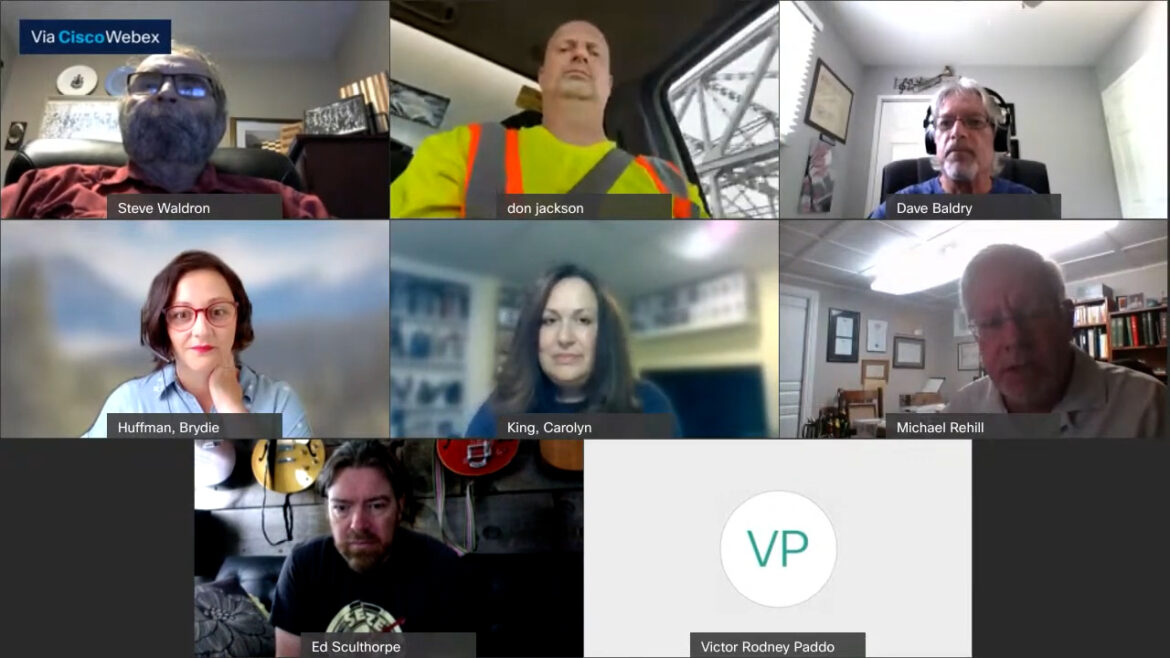 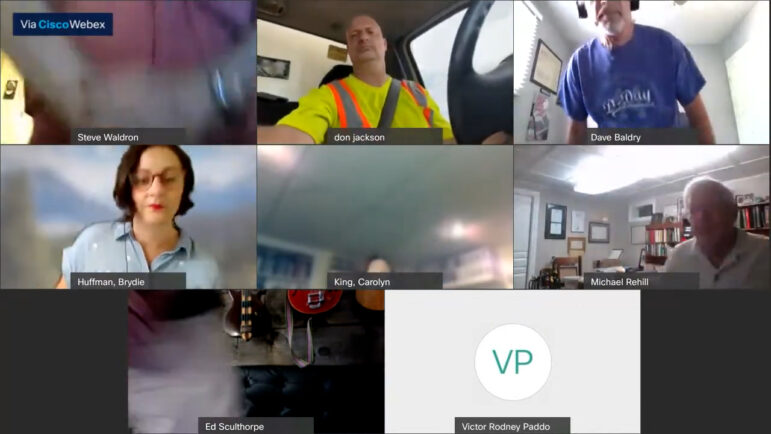 Hamilton Veteran’s Committee member Don Jackson stares into his smartphone camera, raises his hand, and confirms his attendance – moments later a highway bridge passes in the background of the driver’s side window of the truck.

The bridge in the background appears to be the Skyway Bridge. It appears Jackson is driving on the QEW Niagara bound.

City of Hamilton staff member Brydie Huffman, the coordinator of the meeting, confirms that Jackson raised his hand during roll call.

“Don raised his hand”, Huffman stated. This confirmed she was seeing his video feed. 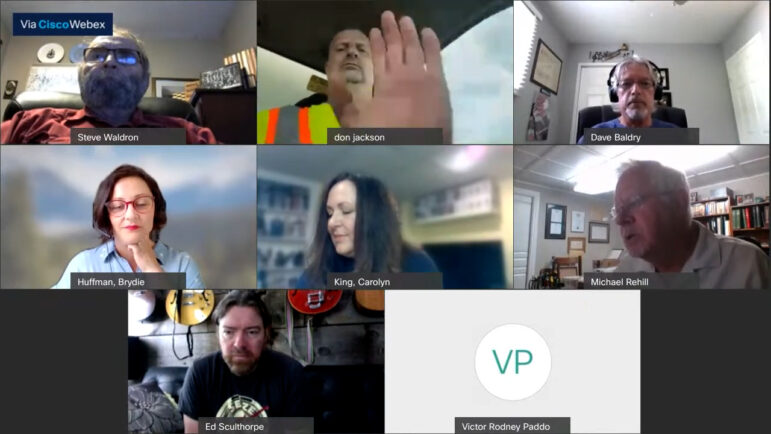 For nearly 20 minutes, Jackson participates in the meeting, discussing granting honourariums to local cadet units for supporting Veteran’s commemoration events, how to conduct the City’s ceremony to make the anniversary of the Second World War Dieppe Raid on August 19 in light of continuing COVID restrictions, and some other business.

Eventually, Jackson decides to change his background to a virtual beach. He continues driving home, his seat belt visible.

At one point, the camera is jostled, and Jackson has to put it back in place in his video.

At another point, his mouth is moving indicating he is conversing with someone else – either in the vehicle or electronically.

Nobody on the committee says anything about his distracted driving. Often, they look with concern when something unusual appears to happen in his video feed. 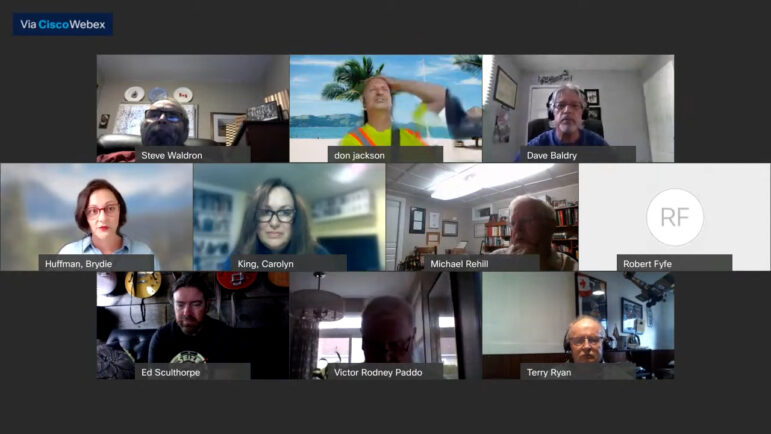 Near the end of the meeting, Jackson briefly disconnects and returns.

He walks into his house, arriving just as the meeting is adjourned.

Committee Chair Mike Rehill called for a motion to adjourn, Jackson seconded it stating “Go figure, I just made it home”.

The Committee members chuckled, and the meeting ended.

Video of the meeting is no longer available on the City of Hamilton’s YouTube page. The Public Record captured the livestream, you can watch the meeting in its entirety on our YouTube page here.

OPP Sergeant Kerry Schmidt of the Highway Safety Division says he was very disappointed upon seeing the video.

“It is not what we want to see”, Sgt. Schmidt says describing the behaviour as endangering everyone on the highway. He says the OPP is seeing a lot of distracted driving, especially at red lights and in stop-and-go traffic.

Schmidt says it is important for people to keep their focus on the roadway when driving. “If you need to focus, it is best not to divide your attention”.

“You are allowed to use a hands-free device”, Sgt. Schmidt says, for voice conversations. If you need to focus upon the device, he says should not be driving.

He says when participating in a meeting held by video conferencing, it is best to turn off your camera and not have the video display towards you while driving because your eyes are drawn to the movement of the video.

Sgt. Schmidt says there has been no complaint filed with the OPP in this instance.