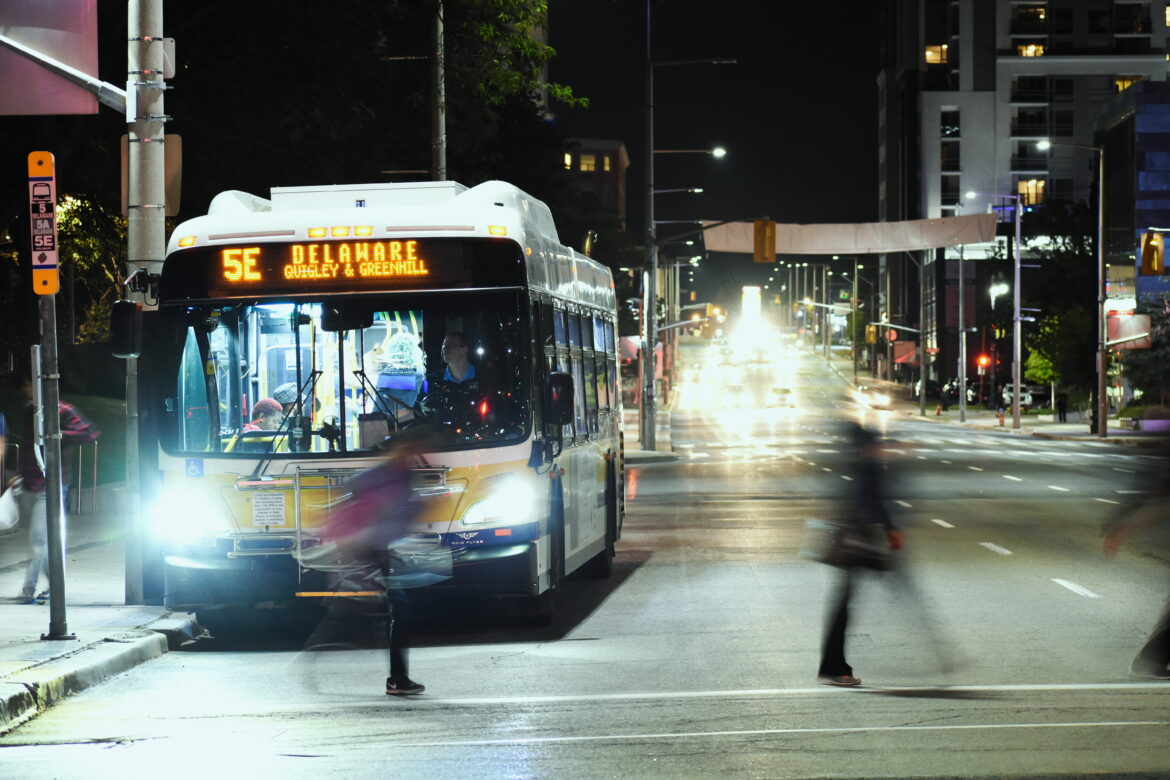 A HSR bus at Main and MacNab in September of 2017

The restructuring was first made public by The Public Record nearly two months ago in our post With Major Changes to Management and a New Slogan, HSR Wants to Be Your First Choice.

The number of upper managers remains the same, with the manager of the eliminated Manager of Accessible Transit Services named to a new Manager of Special Projects position. The other management positions are more clearly defined as detailed in the graphic below. 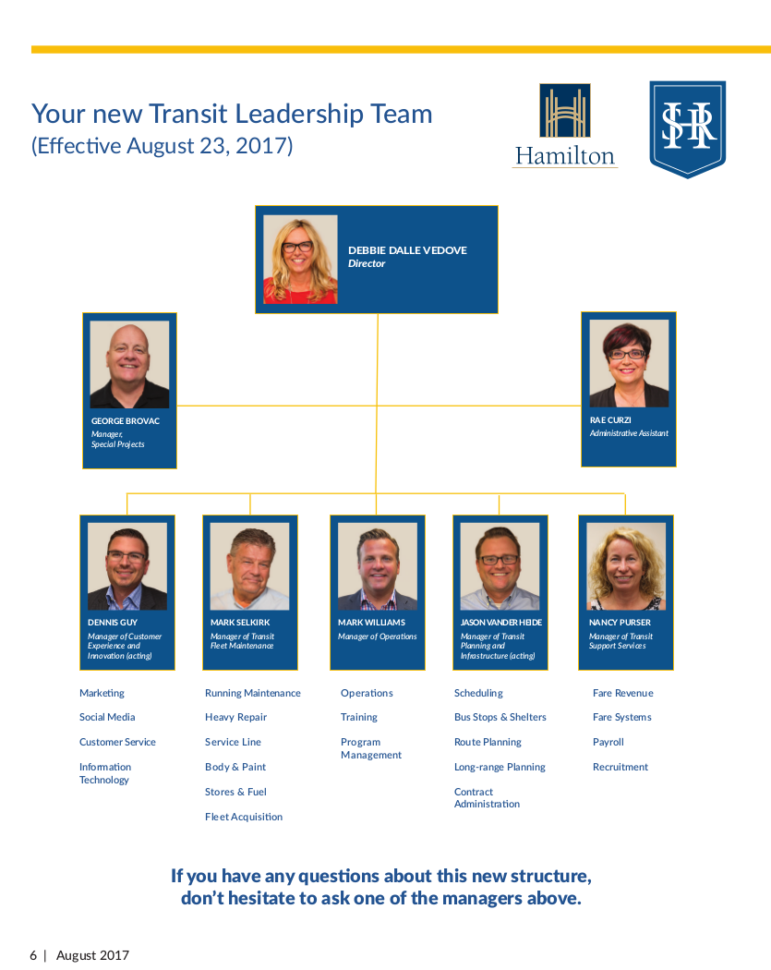 Councillors heaped praise upon the HSR Director, hailing the HSR management for excellence in service and management.

No critical questions were raised by Council, even has dozens of bus trips each week are not operated due to a growing staff shortage.

The shortage was caused by a temporary hiring freeze this past winter, following by significant hiring cuts ordered by Council as part of cancelling the 10 Year Transit Plan.

As the HSR shortage worsens, sources are telling The Public Record that many operators who are eligible for retirement are choosing to retire. Many of those operators have worked for years past their retirement dates, and this unexpected increase in retirements is exceeding the HSR’s ability to train new operators.

On September 20th, The Public Record filed two Freedom of Information requests to the City of Hamilton seeking information on cancelled bus trips resulting from a shortage of operators, and a separate request for the maintenance records of the HSR including details on breakdowns of buses.