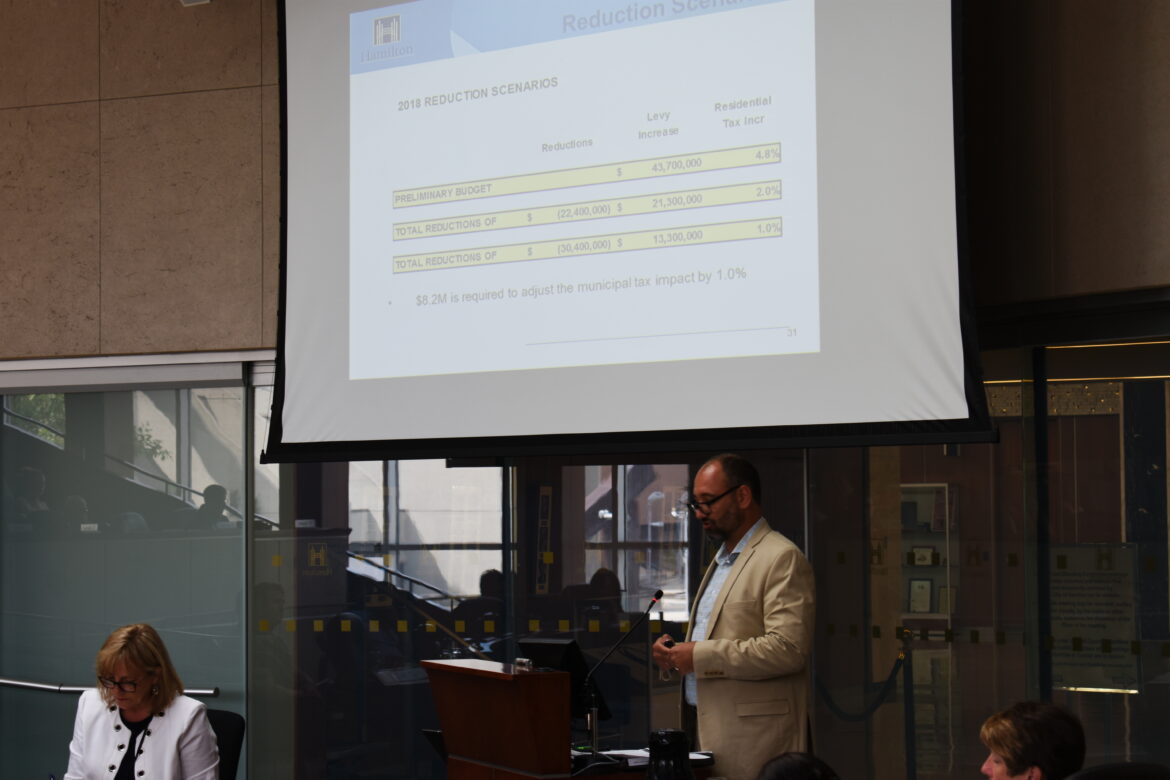 City Councillors began the annual budget process today as General Manager of Corporate Services Mike Zegarac presented the 2018 preliminary City of Hamilton budget overview to Council.
The traditional budget process sees staff present a higher budget increase as the preliminary than Council will eventually approve. Councillors spending eight months scaling it back to what they will approve.
This scaling back process involves much theatrics, and being an election year, we can expect to see even more posturing than usual.
The starting tax increase figure for 2018, presented by staff today, is 4.8 percent or $30 for the average assessment in Hamilton – exclusive of area rating and reassessment. The 4.8 percent figure does not include water rates which is a separate bill to properties administered by Horizon Utilities.
Water rates are forecast to increase 4.5% in 2018, 0.8% for water operations, 3.7% for the capital enhancements and expansion of water treatment facilities. Councillors Jackson and Partridge both voted against this portion of the preliminary budget; saying water rate increases are too high. Jackson says he is concerned that the rate increase will be higher due to a wet summer decreasing municipal water usage and revenue.
Neither Jackson nor Partridge offered alternatives for financing need treatment facilities and water system capital work.
Council voted to instruct City departments to submit 2018 budgets with an increase of only 1.5%.
No decisions were made on where the Council will start cutting in 2018.
Council’s next budget meeting is October 20, 2017 when the 2018 Capital Budget will be presented.