This was originally pushed on The Public Record’s microblog on December 2, 2016. We’ve wrapped up that blog and are reposting here.

The passenger loads on all three routes combined wouldn’t fill one regular sized HSR bus. Meanwhile, the HSR is operating 1-King buses with 40′ buses which have to pass people because they are carrying full standing loads. 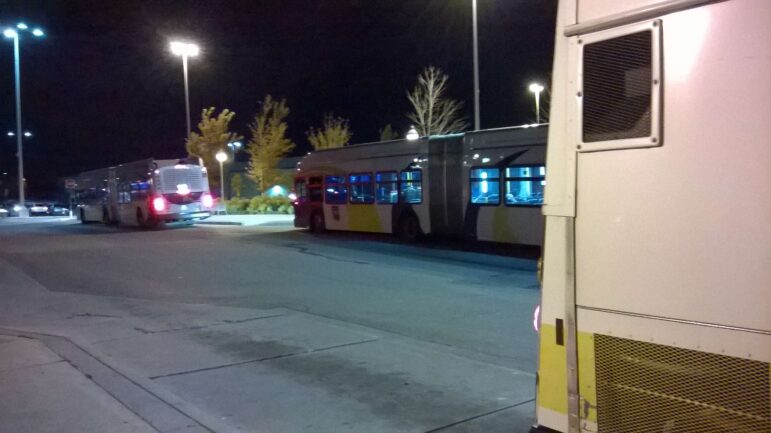 The Stoney Creek buses interline with the 10-B-Line prior to 6 p.m. each day, and the HSR doesn’t switch buses while in service.

How hard is the fix?

The only complication is that fixing this problem would require the HSR’s $125,000 per year senior Manager of Customer Service and Scheduling to add a note to the driver schedules to make the switch.

It also requires operations to monitor, and adjust in circumstances such as a traffic collision delaying either route. (This is fairly simple, cancel the switch that evening or await the next opportunity with both buses at Eastgate Terminal.)

0 thoughts on “HSR Inefficiency: 60-Foot-Buses on Stoney Creek Local at Night Instead of King”