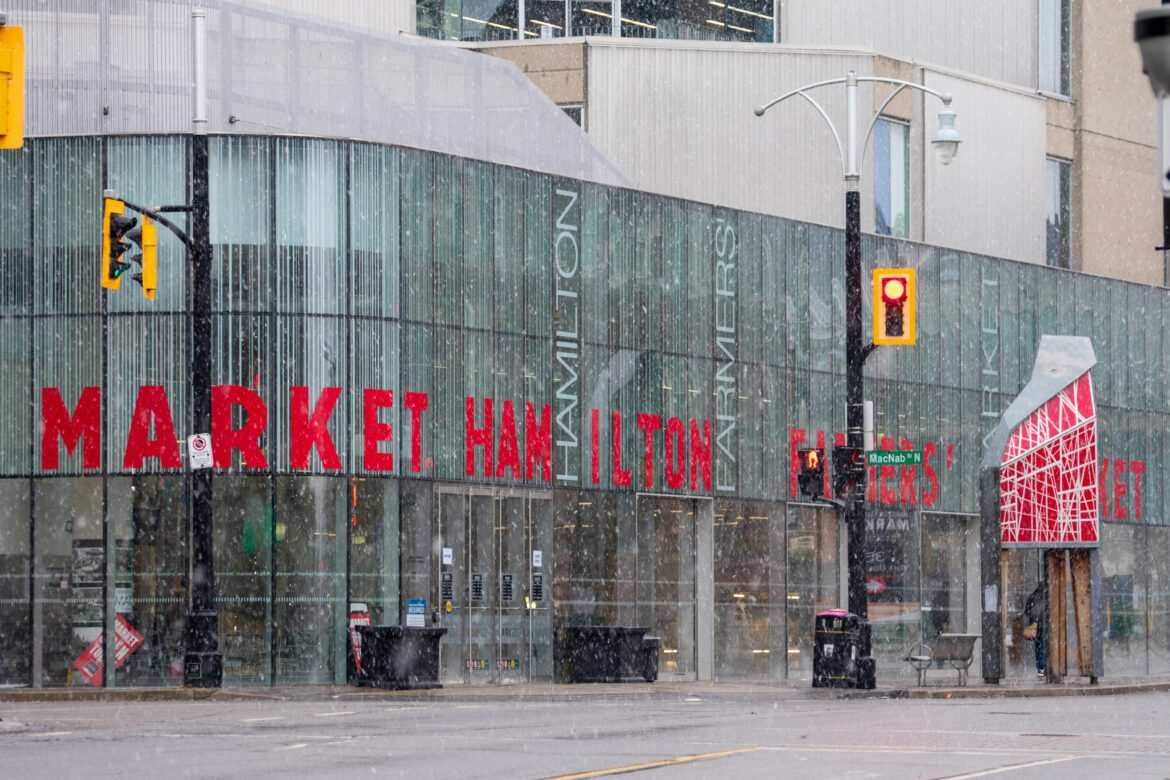 The Hamilton Farmers Market Board of Directors held its first meeting of this Council term on Monday evening at City Hall. The meeting was in-person. There was no livestream.

The growing vacancies, public discontent, and drop in customers at the Market dominated the meeting.

During the Grey Cup weekend, security guards had to herd dozens of people out of the market at 4 pm, including many eating at the Market’s prepared food booths.

The debate quickly turned to the strong divides between the traditional market vendors and the prepared food vendors.

The traditional vendors do not want any change to hours. Nor do they want any enforcement of hours.

Prepared food vendors are seeking more hours to serve food to people who work during the day and cannot make it to the Market during the weekdays.

The Market has an increasing number of vacant stalls as prepared food vendors leave due to the lack of open hours.

City director of real estate Ray Kessler suggested the Market Board look at various options, including shifting hours such as 11-7 or even 11-8.

After much discussion, the Board voted to have an hours survey conducted and a report to their February meeting.

Noting he served on the Board for over five years, he says he is “deeply worried about the current market and more worried now than I have at any time.”

“I find myself using the past tense to describe the market and its virtues much more so than present tense, unfortunately, which is really troubling me.”

Miller says the City and Market Board need to listen to vendors, market users, and the community.

During his delegation expressed concerns about vendors being closed during Market hours, especially in the week leading into Christmas.

“In the upper level, we were the only people that were open, and we got very little traffic. If anything, I actually saw people coming up the stairs, see everything shut down and literally turn around. So we would have a nobody coming around myself on Wednesday before Christmas, Christmas Eve and New Year’s Eve. So it’s quite frustrating when you’re trying to run a business,” Kregar stated.

There is no “definitive definition” for what is a “premium” market stall space and what is a “standard” space.

The Board voted to have this reviewed and a clear definition created as part of the ongoing Market consultant report.

The Market Board’s next meeting is Monday, February 6, at 5:00 pm in Room 264 at Hamilton City Hall.

Delegation requests for this meeting can be made to the Board Chair, Cameron Kroetsch, by email.