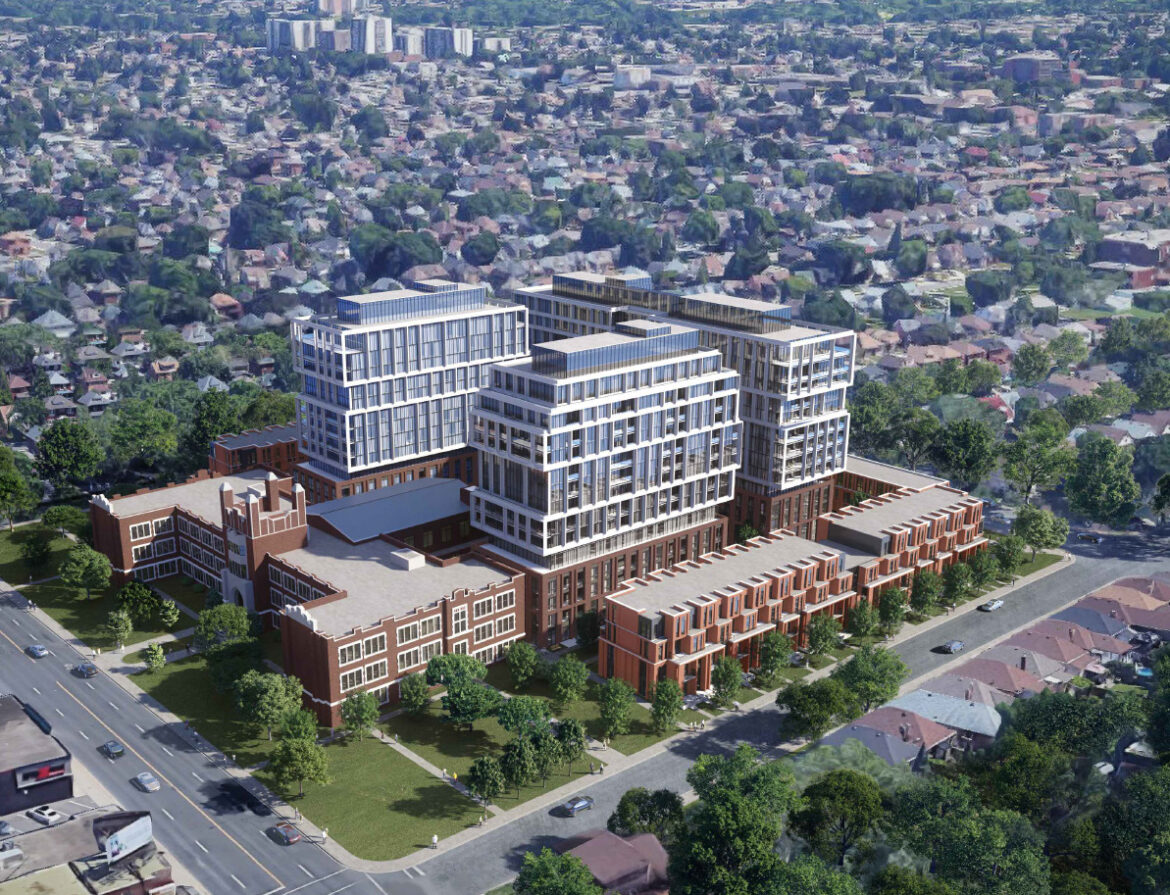 Developers' render of the proposed redevelopment of the Delta Secondary School site at 1284 Main Street East.

They expressed many reservations regarding the site’s layout, especially the shadowing of the central amenity due to how close the proposed towers will be.

“I think the proposal is really strong as it looks at the context and how this proposal fits in with the surrounding area,” stated DRP member Dayna Edwards, who is a registered professional planner.

DRP expressed concerns regarding apartment building design, the separation distance between the buildings, and amenities for residents and the surrounding community. 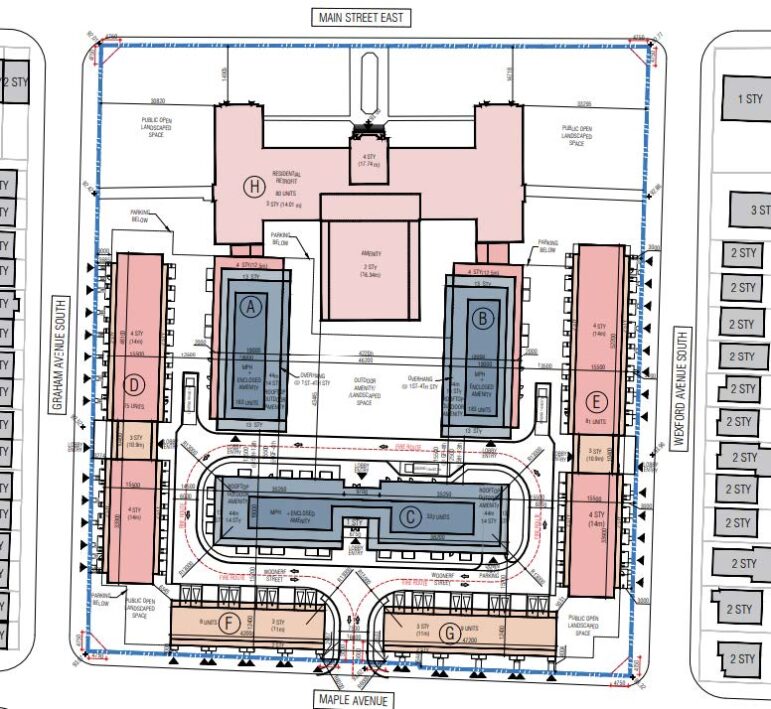 “My concern is with the distance and separation distance between Towers A and B,” Edwards stated.  “12.5 meters is about half of what is typical for tower separation.”

She suggests the developer “go taller with more slender floorplates” to achieve better design and separation.

DRP Member Jennifer Mallard, principal at Diamond Schmitt Architects and a Fellow of the Royal Architectural Institute of Canada, shared this concern.

“At 44 meters high, they are tall buildings and the separation is half of what we would typically want to see with a tall building,” Mallard stated. “It’s a privacy issue. I think it’s a livability issue. And from that, you’re reducing, sunlight in the main courtyard.”

“When we’re looking at projects of this kind of scale, in terms of the scope of increase of 900 plus residential units, we’re looking also for some kind of amenity that we get back to the city, whether it be retail, or some other kind of components at the street level that add life to the city,” stated DRP Chair David Clusiau. 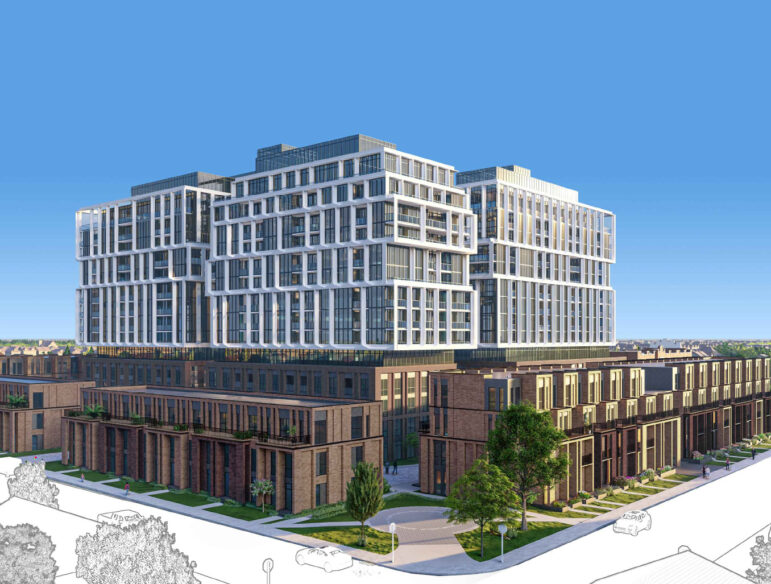 There was a discussion between the developer’s agent and the DPR regarding tower separation.

Clusiau responded, “you have gone to the very top of the area where you would. If you went another millimetre over, then yes, you would immediately suddenly have to double your width.”

“I think we’re just saying you’re really pushing it a bit too tight there.”

“That’s more than just that one thing,” he continued. “It’s just the density of having those three things so tight to each other. And you can just see in your own shadow diagrams, what you’ve got in your main park, your center of your complex; it gets almost no sun.”

Asked if the residential apartments will be rental or condo, the developer’s planner Sarah Knoll stated, “it’s leaning towards condo,” but the developer has not made the official determination.

The presentation materials are now on the City website.