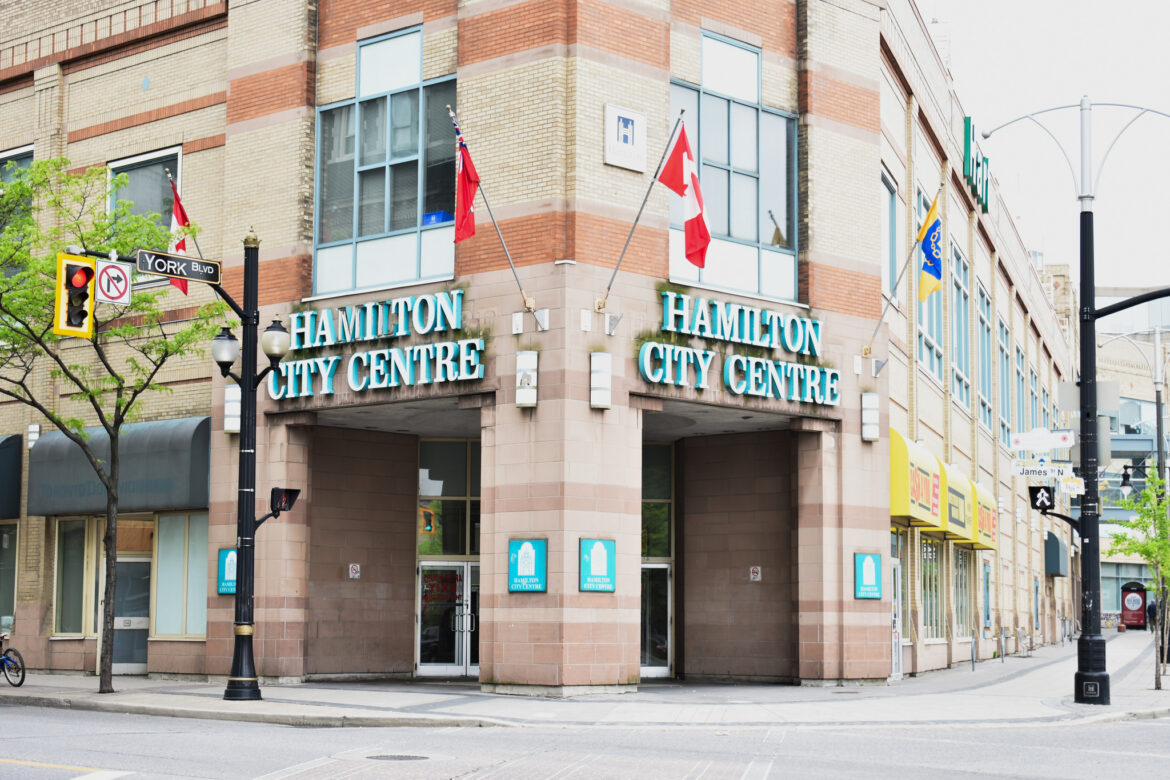 Officially, Members of Provincial Parliament are elected to represent their constituents at Queens Park. In practice, government MPPs serve to represent their leader. Hamilton East – Stoney Creek MPP Neil Lumsden is hiding from Hamilton’s media these days. CHCH News Director Greg O’Brien called Lumsden out on Twitter for closing his events to media.

The Waterfront Trail was closed earlier this month between York Blvd and Bayfront Park for “CN to complete underground repairs.” The Environment Registry of Ontario shows CN was granted a provincial environmental permit to install additional stormwater management works. “The approved stormwater management works include storm sewers and an oil and grit separator unit for quality control,” states the ERO. During heavy rain events, CN has experienced minor flooding of its rail tracks in the area, which has caused service disruptions for GO Trains into West Harbour.

Two Hamilton extremes are used to illustrate the cover story for the latest issue of The Walrus – Indoor Air Quality. The Rebecca Towers COVID outbreak, caused by terrible air circulation in the building, which saw COVID drift between units, as the example of what we need to fix in our indoor spaces. Author John Lorinc looks at the renovated Ken Soble Tower with its passive house design as the example of optimum indoor air quality design. Read online here.

IA 10-year-plus-old court case between National Steel Car and Arcelor Mittal Dofasco over Dofasco’s alleged blockage of a drainage channel and if that is a cause of flooding on the NSC site continues. NSC was denied a mandatory interlocutory injunction to force Dofasco and the City of Hamilton to immediately dredge the channel and prevent flooding on the NSC site. The ruling includes an affidavit by a law clerk “the plaintiff owes $6.8 million in back taxes to the municipality.” The City of Hamilton does not disclose individual property tax arrears unless the City registers a Tax Arrears Certificate following three years of non-payment.

The end of another Eaton Centre: Hamilton This Time

Sean Marshall writes a good summary of the history of Hamilton’s City Centre, which will be demolished next year to make way for four planned residential towers with 1,940 units. The City Centre will close on December 31, with the clock tower to ring 12 times at midnight to make the New Year and the end of the former Eaton Centre

Hamilton Centre for Civic Inclusion Executive Director Kojo Damptey is leaving the organization, HCCI announced Friday. Damptey recently ran a very close second for City Councillor in Ward 14. HCCI will celebrate Damptey at their AGM on January 12, 2023, and are inviting the public to attend

HCRP Report on Student Pathways to and through Postsecondary in Hamilton

The new Hamilton Community Research Partnership released its first reports this week. The Power of Connected Data: Charting Student Pathways to and through Postsecondary in Hamilton and CRP Blueprint: How We Built a Community Data Infrastructure. The research confirms the outcomes of socio-economics, academic/applied streaming in high school, and educational attainment. The research partnership brings together the school boards, post-secondary institutions, the Higher Education Quality Council of Ontario, and the Hamilton Community Foundation.

McMaster’s student newspaper The Silhouette talks to students regarding their HSR UPass. All undergraduate students must pay $232.94 for the annual pass. The McMaster UPass was approximately 10 percent of the HSR’s pre-COVID revenues. [The City of Hamilton no longer releases detailed HSR revenue figures.] In their last vote on the UPass, February 2020, Mac undergrads voted 91 percent in favour of the UPass. The UPass is now loaded onto PRESTO cards with a voucher. Prior to PRESTO, the UPass was integrated into the enrollment stickers students received each year. Students who do not use the pass can sell their vouchers, with a robust black market in the vouchers online each August. Students will vote this coming Winter on renewing the contract.

Someone is using freedom of information to get records from McMaster University regarding ” injuries and any associated incidents that transpired at David Braley Athletic Centre since its opening in 2007″ and inspection records for the indoor track in the Centre. The request was filed in August 2018. [Over four years later, the requestor is still trying to get records, our FOI system is broken.]