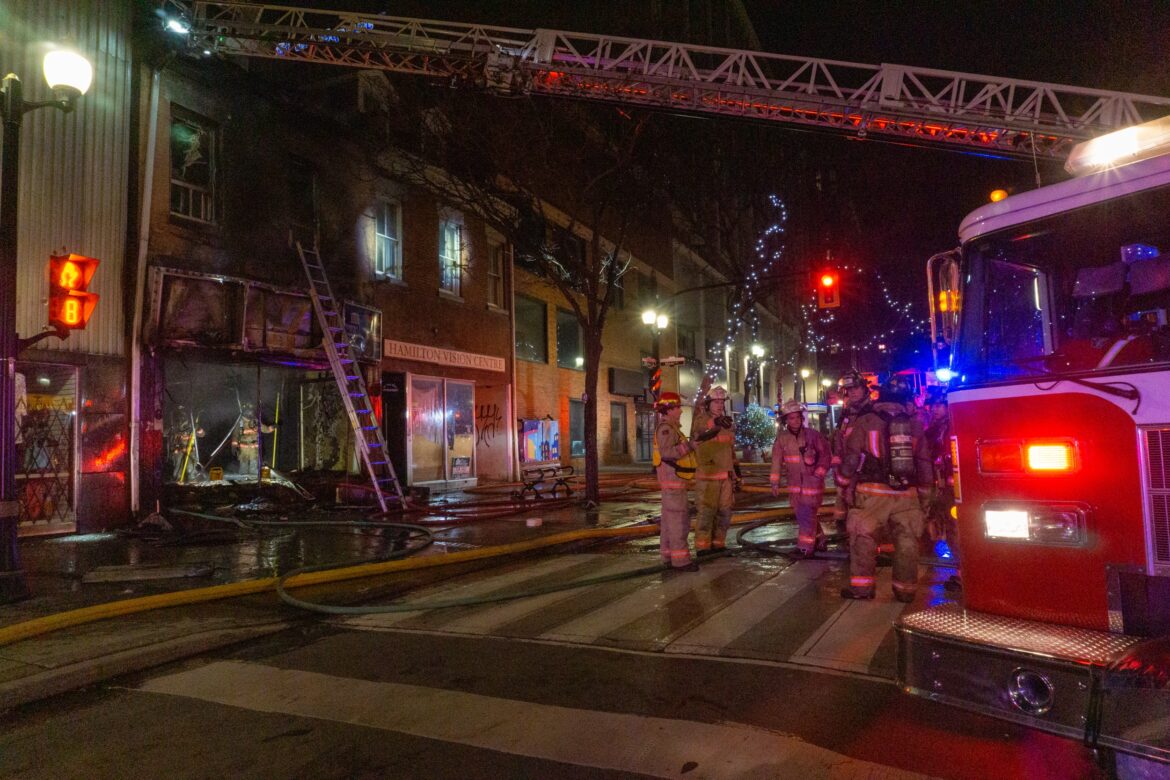 Hamilton Fire putting out a multiple alarm fire at 168 King Street East in Hamilton on December 19, 2022

A homeless woman has been living irregularly in the recessed doorway of the vacant building for the past few months.

Hamilton Fire units were first dispatched from nearby Station 1 at 8:26 p.m. The fire was quickly upgraded to a multiple alarm response at approximately five minutes later. 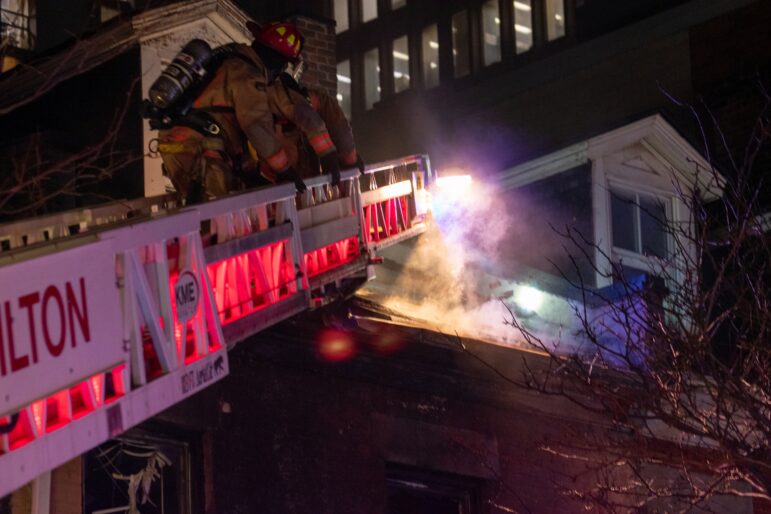 On scene firefighters, who are not authorized to speak to the media, described a well-involved fire upon arrival. They describe an aggressive entry into the building to conduct a primary search for any persons inside and internal firefighting to contain the fire.

They stated nobody was found inside the building.

The fire was successfully contained to the building, which is gutted inside. It did not spread into the rear attached accessory structure.

Police stated they were searching for the homeless woman to confirm her well-being.

This event is sure to cause further discussion regarding the response to homelessness. 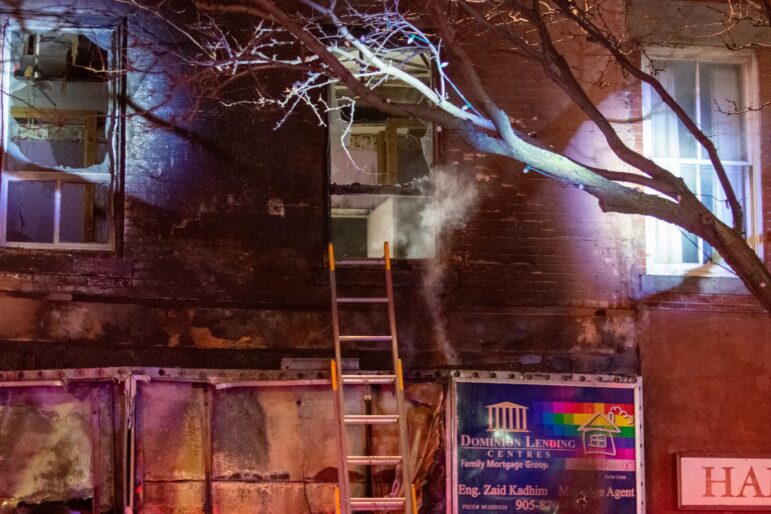 A multiple alarm fire is contained by the Hamilton Fire Department. Note the white window sheets in the neighbouring building which are not effected by the fire.

As of 3:00 a.m. on December 20, no official statements have been issued by emergency services officials.