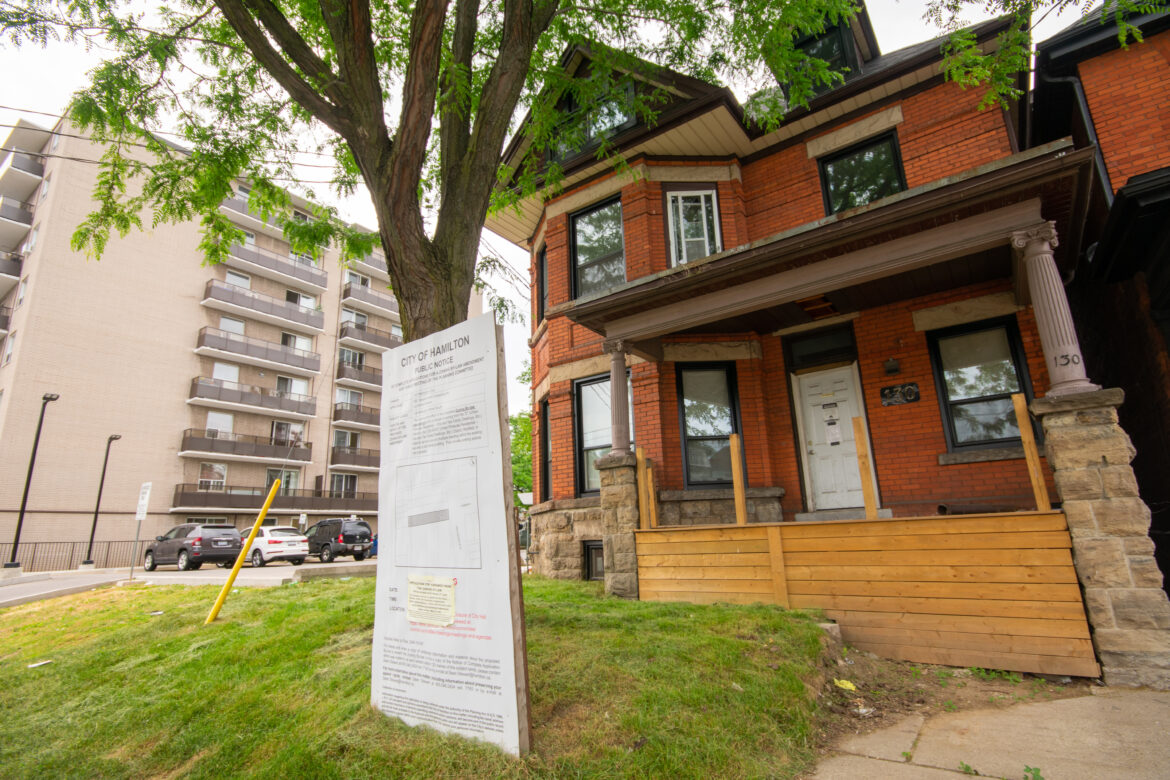 130 Wellington Street South is seen in this June 2022 photo.

The City of Hamilton, neighbourhood representative Jesse Razaqpur, and the owners of 130 Wellington Street South have reached a “confidential settlement” to end the ongoing Ontario Land Tribunal hearing regarding the legalization of a multiplex on the property.

The Ontario Land Tribunal issued a notice of the settlement Tuesday morning.

“The parties have had settlement discussions regarding this matter and reached a tentative settlement,” wrote lawyer Piera A. Segreto to the Tribunal on September 29, 2022.

The OLT asked the parties to state when a settlement hearing can occur.

Patrick Kraemer, an outside lawyer representing Hamilton City Council in opposing the rental legalization, responded the settlement must be approved and the earliest date the new City Council can consider the matter is November 29, 2022, “but it is possible that it may not be considered until January 17, 2023.”

A group of neighbours mobilized in opposition to rental housing stating there are already too many renters in the downtown Corktown neighbourhood. Ward 2 Councillor Jason Farr agreed with their concerns and Council voted down the application.

City Council hired an outside lawyer and experts to oppose the application.

Farr stated an expectation the Ontario Land Tribunal will overturn Council’s denial, and approve the application as it meets the requirements of both City of Hamilton policies and provincial planning policies.

A date has not been set for the hearing.

One thought on “City, Neighbours, and Developer Reach Settlement on 130 Wellington Street South”