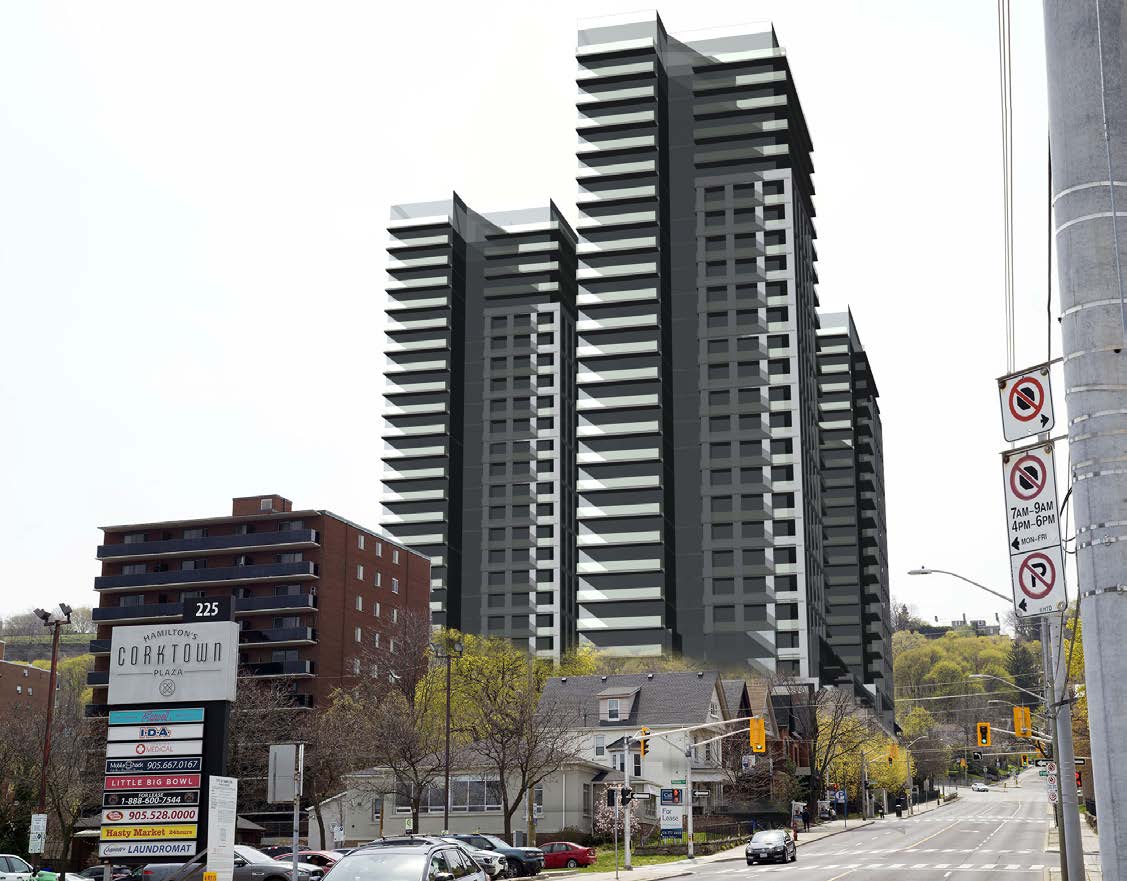 Spallacci wishes to build the towers to be taller than the escarpment at 22, 24 and 25 storeys.

Officially, the developer is appealing for “non-decision” by the City of Hamilton. The primary issues are with the Niagara Escarpment Commission (NEC).

The NEC says the proposal does not comply with the NEP.

“As proposed, the overall height of the three towers represents a significant increase over the maximum allowable building heights for the subject property and exceed the relative height of the Escarpment brow,” reads an NEC report.

“The proposal presents serious concerns associated with compatibility of the development and impact on the existing visual access for the public to the scenery of the Escarpment’s wooded slopes and brow.”

The NEC says the developer needs to lower the heights of the building, and suggests the buildings should only be allowed to the height of the present zoning on the property which varies between 12 to 18 storeys.

The NEC is concerned the approval of this proposal will undermine the Niagara Escarpment Plan and lead to similar tall buildings all the escarpment throughout Ontario.

Hamilton’s Design Review Panel recommended the developer only build two towers on the site. With the developer appealing for non-decision to the OLT, there was no final DPR review.

St. Joseph’s Hospital is an added party to the appeal, the hospital submitted that its interests are impacted by the proposal. The hospital states the proximity of a large number of residential units could cause neighbour complaints regarding noise from the hospital’s mechanical systems, that changes to wind conditions could impact the hospital’s air intakes and exhaust vents, and that the hospital has future expansion plans to increase its density along John Street.

All four parties, the developer, City, NEC, and hospital are to exchange issues lists during the summer.

The OLT will conduct a Case Management Conference on September 19 to consider the procedural order and issues list for the expected ten day hearing scheduled to begin on April 24, 2023.