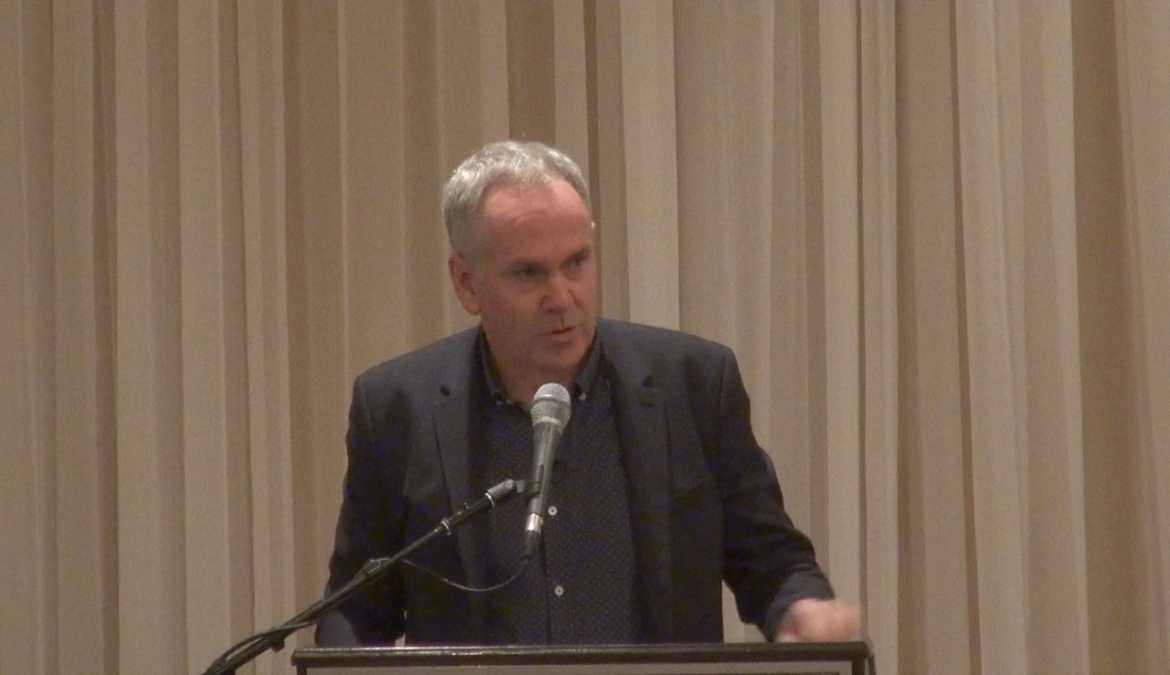 Former City of Hamilton City Manager, and past Director of the Red Hill Valley Parkway project, Chris Murray surprised pretty much everyone today when he announced he’s leaving his post as Toronto’s City Manager on August 19, 2022 – after four years as the CAO of Canada’s largest municipality.

His unexpected announcement raises the question why?

Even more so because Murray’s internal statement closes “As I am not built for retirement, my next adventure is yet to be decided.

He is not retiring for health reasons, he is not leaving for another job, he’s only been City Manager for four years, and he is only giving 79 days’ notice. It can be expected for an ongoing CAO to give more notice of their retirement to facilitate the hiring of their successor before their departure.

The Toronto Star reports: “Murray explained the timing of his decision by saying he viewed the job of the city’s chief bureaucrat as a “term-by-term commitment.” Council is set to begin a new four-year term in December after municipal elections on Oct. 24.”

I do not know why Murray is retiring and I have no speculative reasons to explain it.

I find his statement that a CAO is a “term-by-term commitment” to be interesting. What does he mean by this?

A few people have asked if I believe this is related to the Red Hill Valley Parkway Inquiry and potential revelations at the Inquiry.

I am not aware of any evidence that ties Murray directly to the cover-up.

None of the records produced by the City of Hamilton, made public by the Inquiry, connect Murray to the friction report scandal.

During his testimony, Murray was directly asked how his hand-written comment on a 2017 performance review of Gary Moore.

Then-new General Manager of Public Works Dan McKinnon wrote of Moore “Gary and I continue to have fundamental differences around leadership style, but having said that, I feel Gary and I agree on the fundamentals of many issues and I always appreciate our spirited conversations.”

As City Manager, Chris Murray reviewed McKinnon’s evaluation, writing to McKinnon, “I fully appreciate the use of the term ‘spirited.’ “When done the right way, it’s great. Otherwise, problematic.”

Asked by Inquiry Lead Counsel Robert Centa what he meant, Murray’s answer included, “Gary is very direct and, you know, not everyone is direct in their comments and their style, so he’s a challenger.” … “I know for some people, people who tend to ask a lot of questions and do so in a very straightforward, direct way, you know, it can create, you know, some problems, you know. So, just in terms of relationships, that’s what I mean by that.” [VIDEO LINK]

Asked, “In your experience with Mr. Moore, was he spirited the right way or in the problematic way?” Murray responded, “Well, the right way with me.”

This was the most direct portion of the testimony that day.

Justice Wilton-Siegel’s final report may include a discussion of the serious workplace culture problems which some documents appear to reveal. Ultimately, a City Manager is responsible for corporate culture, but.

What Could Be the Reason

I am not going to speculate, but I expect time will reveal whatever the reason may be.