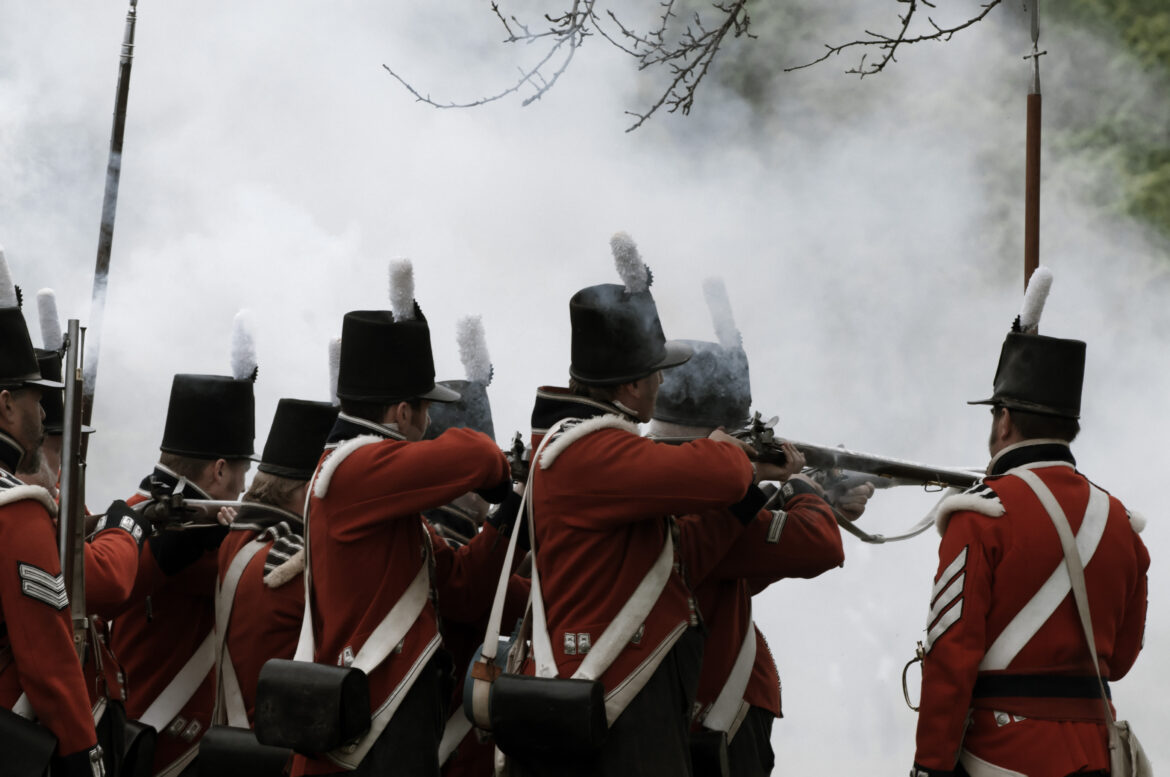 A photo from the 2012 reenactment of the Battle of Stoney Creek. Photo by Alex Luyckx, Licensed Creative Commons Attribution - No Derivatives , uploaded to Flickr. (https://flic.kr/p/ccubSb)

The lights are kept off in the Council Chamber of the Old Stoney Creek City Hall.

The public rarely sees the beautiful mural of the 1813 Battle of Stoney Creek, which hangs above the seats where Stoney Creek city councillors once conducted their meetings.

The mural is an artistic representation of the battle between British and American armies, a key turning point in the war. A battle lionized as saving British North America, future Canada, from becoming a state of the United States.

The City of Stoney Creek government ceased to exist in 2000, forced into an amalgamation to create the City of Hamilton we know today. No Stoney Creek Council, no meetings in the Chamber. 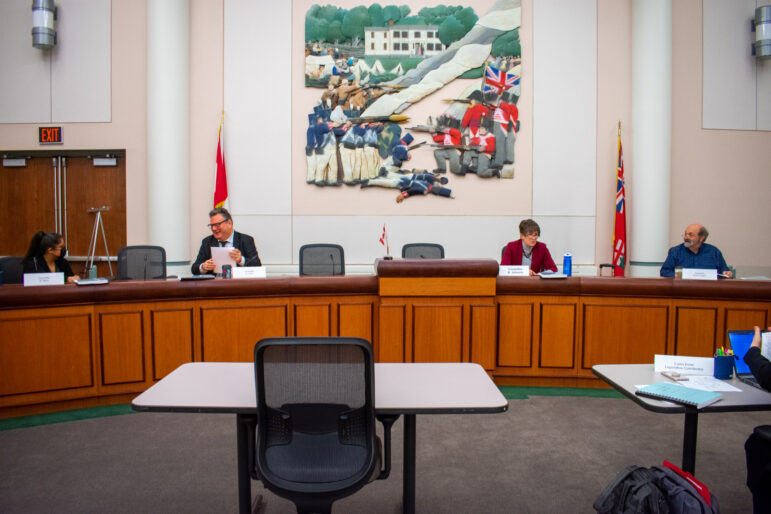 Now, Hamilton’s senior staff plan to turn out the lights on the annual reenactment of the battle at Battlefield Park.

City Hall is in full retreat on both fronts.

A few weeks ago, on May 19, the City’s senior cultural and tourism managers informed the Friends of Battlefield Museum, the Stoney Creek Historical Society, and the Stoney Creek Chamber of Commerce, that the City was permanently ending the annual Battle of Stoney Creek reenactments.

The community mobilized, petitions were signed, calls were made to City councillors. Members of City Council expressed disagreement with the decision.

On Wednesday, Ward 5 Councillor Russ Powers moved a motion to override the staff cancellation, directing them to continue the annual reenactment.

City staff have lost this battle in Stoney Creek. The 2023 reenactment will occur, and the renaming of Battlefield is an idea already well in retreat.

The City’s Director of Culture and Tourism Carrie Brooks-Joiner says they never cancelled the event. Instead, there is “confusion” regarding the staff pronouncements.

“I can confirm that there was confusion between the decision for the 2022 event which was to cancel that event, and the 2023 event of which no decision had been made on its scope, other than the fact that it was going to happen,” she stated.

The Heritage Committee voted Friday to add Battlefield House to their list of endangered heritage features until such time as the City of Hamilton formally declares it will not rename the site.

Ward 10 Councillor Maria Pearson, who sits on the Heritage Committee, says Battlefield House “is not endangered. The issue is the changing of the name of the building.”

A City heritage staff member stated to the Heritage Committee, “It’s a National Historic Site, if I’m not mistaken, also has a provincial easement on it. I wouldn’t necessarily say it’s an endangered state. But obviously, if there’s some re-envisioning process underway in terms of the museum itself, which is located on the property, and some change in terms of, you know, naming or other types of interpretation, then maybe the category in terms of undergoing some form of change might be more appropriate.”

City Hall will retreat on renaming Battlefield, but it seems the battle is not over.

How the City’s seniormost managers act towards the community is now an election issue.