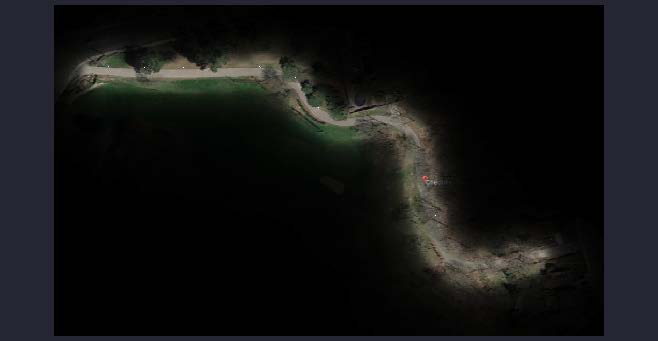 The only resident appellant to attend today’s Ontario Land Tribunal hearing on his appeal against lighting in the Chedoke Tot Park with his appeal today because he did not want his comments reported upon.

“I request that, you know, I noticed there’s a journalist here, I don’t want any of this stuff going on the record,” Chedoke Avenue resident Gabe Crowder stated in his opening remarks.

Ontario Land Tribunal Member Jennifer Campbell, presiding over today’s OLT Case Management Conference, explained to Crowder that hearings of the OLT are open to the public.

“Does that mean anything that I say in here can make its way to the newspapers, etc?” asked Crowder.

“Okay, so I’m not interested in commenting any further,” Crowder responded.

The two other appellants, Aaron Scime and Jacqueline Winters, did not attend today’s hearing.

The OLT heard they have likely abandoned their appeals.

In his original appeal statement, Aaron Scime wrote “Lighting of the path exposes our neighbourhood to fringe members of society in an area with a ton of children. Lighting the path allows these folks to enter into neighbouring homes. Also ‘lights’ in an environmental area are a concern too.”

Winters wrote in her statement, “these lights will also invite people and activities that will add noise (sound carries from that area all the way to my back yard) and cause other issues (parties, drugs etc.) for the neighbors.”

Crowder’s appeal statement was short, “the proposed use to light up the trail is not consistent with environmental policies.”

During today’s hearing, Crowder stated, “Myself and my neighbours are quite upset about this whole process and the lack of public consultation on this.”

Crowder told the Tribunal his concerns include: light pollution, lack of public process, environmental issues, and disruption because he believes the lights will attract nuisance activities.

After stating his concerns, Crowder again told the Tribunal he sought to withdraw.

“I’m not a lone wolf here. I’m not the only one that’s not happy about this,” he further stated. “I see a few bikes every once in a while using their own lights. I think this is a waste of money … that’s how I feel.”

He expressed surprise at the requirements of a Tribunal appeal, and that it is a public process.

“I didn’t really know when we submitted our comments that this was going to create such a fuss, as far as you know, a proper hearing and all this … I wasn’t expecting this.”

OLT Member Jennifer Campbell states the Tribunal will be sending notices to both Scime and Winters to confirm if they wish to continue their appeals.

If neither wishes to do so, the OLT will be closing the appeal, which will allow the City to install the pathway lighting.

The pathway is a connector used by bicyclists and pedestrians travelling between the residential areas of Kirkendall and the Hamilton-Brantford rail trail bridge which goes over Highway 403 to the Ainslie Wood neighbourhood.

“The City is going to do what the City wants to do. That’s really all I have to say about that.”

UPDATE: The OLT formally dismissed the case in a decision issued on July 26, 2022. The City of Hamilton can now proceed to install the lighting.