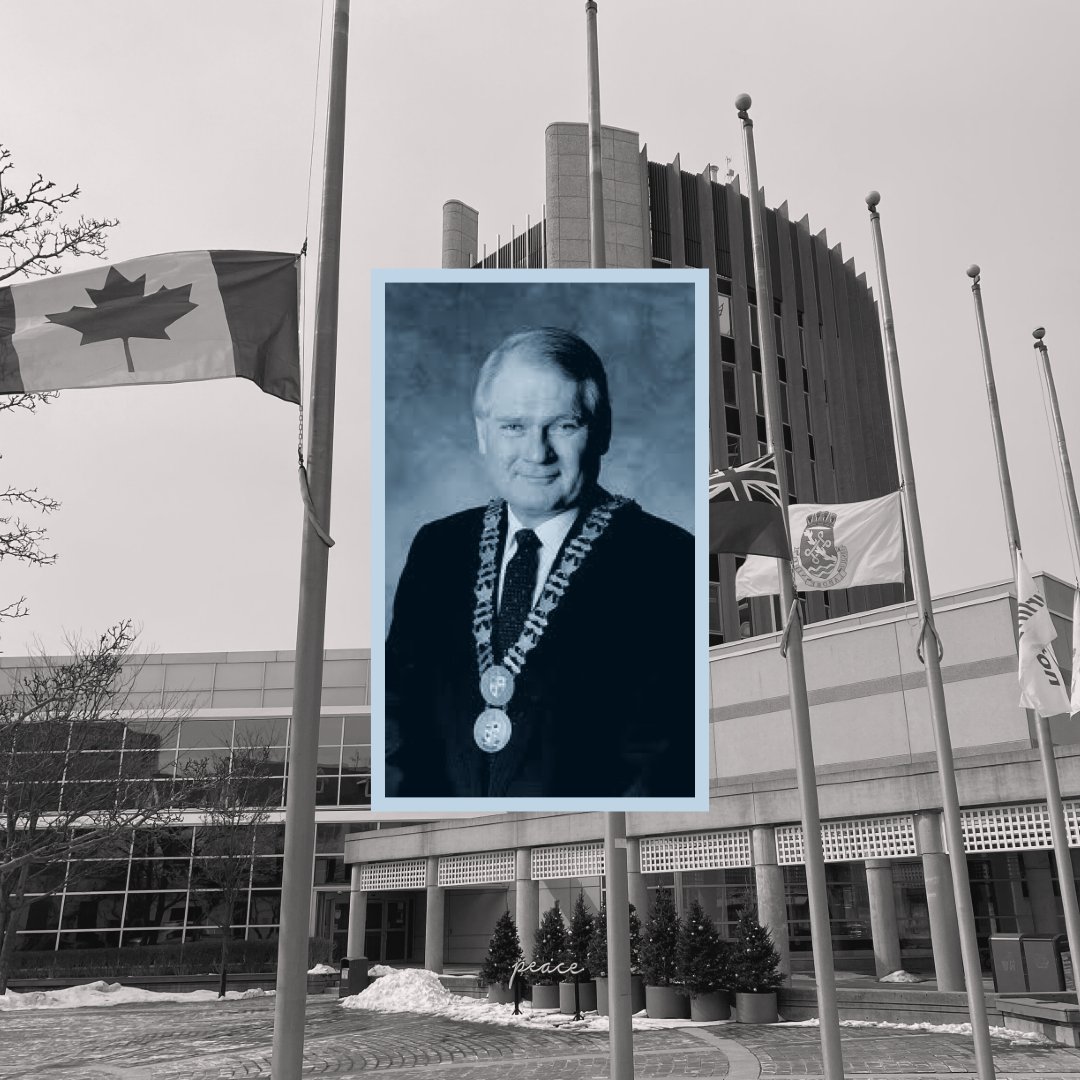 He was truly one of the most decent people in Burlington politics and Hamilton as well. To say they don’t make politicians like Mulkewich anymore be an understatement.

He dedicated himself to public service, he showed courage, grace, and humility in the face of unbelievable adversity. He is an example to us all.

An NDPer who enjoyed 33 years of success in Burlington politics. For most people, that would say it all. For Mulkewich, this was only the first few chapters of his public service.

He devoted another nearly 25 years to public service after leaving elected politics. 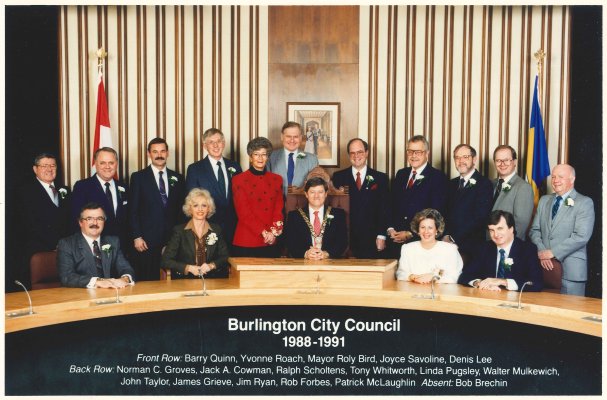 As Mayor, he was a thoughtful champion of Burlington and an intellectual heavyweight among the mayors of the Greater Golden Horseshoe.

He was expected to easily win a third term in 1997 when he had to leave public office due to a diagnosis of leukemia.

Mulkewich broke the news to the media in the living room of his home.

Here is how The Hamilton Spectator described that day in late March 1997.

“In the living room of his Aldershot home, Mayor Walter Mulkewich engaged in friendly banter with the gathered media. He offered coffee to the small group and talked about the council meeting the previous night.

He chatted about his political achievements and the expected workload next year when much of the province’s downloading is expected to hit Burlington. It was an appropriate buildup to his anticipated announcement that he would seek another term as mayor.

It was all discussed with a quiet casualness in the relaxed setting.

And then Mulkewich started the news conference. Reading from a prepared release he seemed to continue from the easy discussions he had with reporters.

Then came the bombshell: he has Chronic Lymphatic Leukemia, a blood disorder that weakens the immune system.

There would be no run for re-election.”

Walter Mulkewich wrote that same day to the residents of Burlington.

“I have always believed that politicians should only promise what they can deliver, and then mobilize the resources of government and community to keep those promises,” Mayor Mulkewich opened his farewell note.

“I have always been a fighter and throughout my political career have fought for those things I believe in. In the next number of years, my fight will shift from politics and municipal government to a fight for my health. I have been diagnosed with chronic lymphatic leukemia (CLL), a blood disorder which weakens the immune system. I intend to fight that disease with the same tenacity I have applied to political issues.”

The three years that followed were more difficult than anyone should ever endure.

He was diagnosed with colon cancer. Then came his toughest battle, a battle he bravely shared with the public.

“Dealing with the death of my spouse, Bev, by suicide, just four and a half months after I retired has been the major preoccupation in the last two and a half years of my life,” he told The Spectator in an October 2000 interview.

“That’s been a major part of my journey. I lost my wife, by suicide. My life has changed. So I’ve got to figure out what to do with the rest of my life.”

“We live in a death-denying society, where most people are afraid to think of death as being part of life and, therefore, don’t want to talk about it or think about it. I’ve learned you have to deal with it.”

“And I’ve become aware of the need for our society to deal with mental illness and suicide.”

Mulkewich’s return to public life in 2000 began a new chapter for a man who already contributed more than most.

He spoke with the wisdom he had always been known for.

“Mental illness is one of the fastest-growing diseases in our society. More people suffer from mental illness than from cancer. Yet we don’t treat it as a major illness. And we need to see it as a disease that is no one’s fault and that can be treated,” he stated in that Spec interview.

He took on the role of co-chair of Performing Arts Burlington.

He joined the Hamilton Port Authority was it was created in 2001, becoming HPA Chair in 2004. He took on the need to clean up Hamilton Harbour, helping to ensure the City of Burlington’s support and financing for the Harbour.

Mulkewich’s leadership, and the deep respect he earned in Burlington, was foundational to the Burlington Council’s 2011 commitment to increase their funding for the Randle Reef cleanup.

Burlington led the way at that critical time.

Hamilton’s own Council was balking at increasing its own funding share, and the federal government had other priorities.

Burlington increased its own funding contribution, Burlington’s councillors brought Halton Regional Council on board to increase its funding for the project.

Hamilton Council followed, and finally, in December 2012, the federal government announced its contribution.

Had Burlington not taking the lead, would Randle Reef still be haunting us today?

His leadership of Shape Burlington, beginning in 2009, helped to bring back Burlington’s politics from the brink of division, exhaustion, and frustration.

Here is Ryan McGreal’s summary of the Shape Burlington Initiative from 2010.

Shape Burlington is widely regarded as a gold standard in municipal engagement. Its final report can be read here.

During the later years of his time as a Burlington City Councillor, Mulkewich worked at the Hamilton Housing Help Centre as its Executive Director.

He was a teacher by career, teaching in many places, including Inuvik. He taught at Glendale High School in East Hamilton from 1961 to 1965.

The City of Burlington lowered flags at City Hall and its municipal facilities to half-mast in his honour.