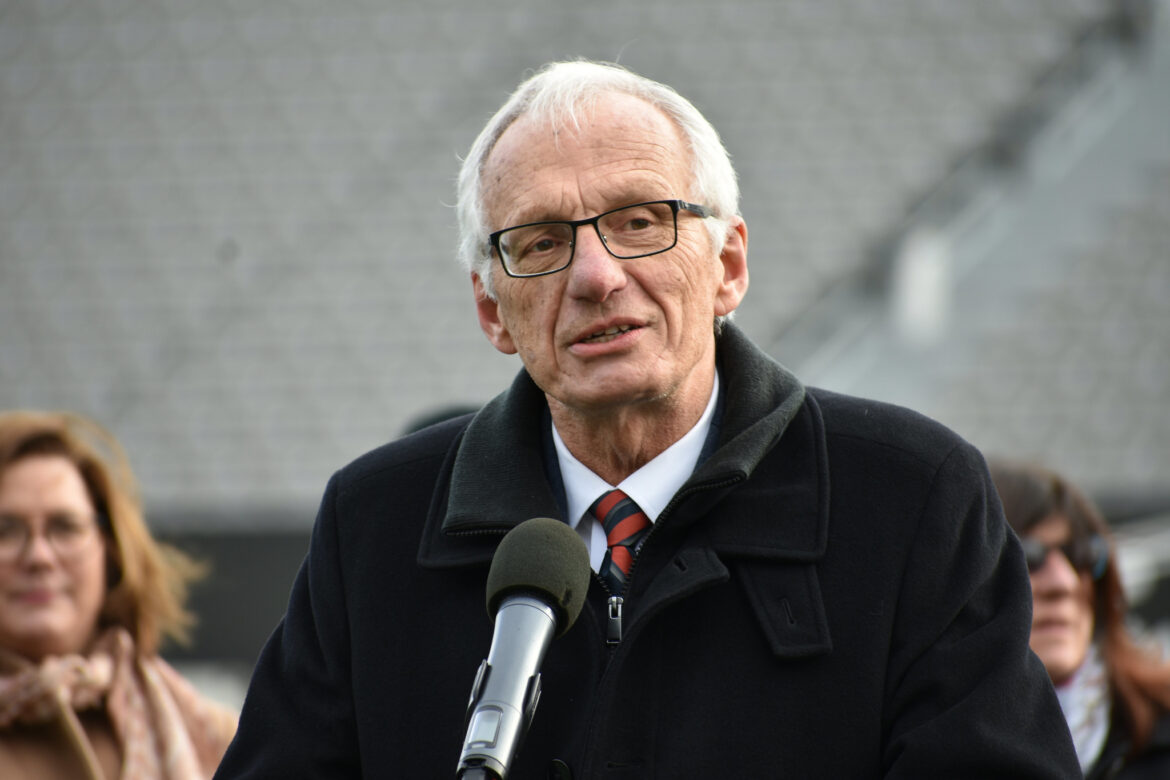 Former Mayor Bob Bratina announced today that he is running again for mayor of Hamilton. Bratina, who served as mayor from 2010 to 2014, announced on radio station CHML where he was a morning host for decades.

“The world has changed a lot,” Bratina stated. “You’re gonna look at the February 24 invasion of Ukraine and the instability throughout the world that that has caused.”

Bratina says affordability will be a focus of his campaign.

“It’s having an effect here in Hamilton,” he said. “Of course with the price of the gas pumps, and there are a whole lot of issues of affordability that are confronting Hamiltonians.”

He says he will hold the line on tax increases as mayor, as he did during his term.

Bratina says “coming from immigrant parents who live within their means” guides his approach to finances.

“If you apply the basic principles of running a household to a city, you can make sure that the money that you are spending is well-spent value for tax money.”

Asked by host Scott Radley what becomes of the Light Rail Transit project if he is elected Mayor?

Radley noted Bratina decided against seeking re-election as a Liberal MP in protest of the federal Liberal government funding the project.

Bratina responded, “s the mayor under our system, I have one vote, Council will continue to deal with the issues of the LRT as they come along.”

Bratina expressed concerns about rising construction costs and how they could increase the cost of the LRT project.

“We need to look at a Plan B, just in case circumstances force the government to make other decisions,” he stated.

He says LRT will not serve the entire city.

“Looking at these gas prices, there are more people who will now have to or want to choose transit if it’s available,” he stated.

Radley asked about Bratina’s relationships with councillors during his term as Mayor, “It wasn’t always smooth sailing.”

Bratina responded that he voted with the majority of council “something like 85 percent of the time.”

“It was a time on Council of personal attacks. When we stuck to the business of the city, things worked very well,” he continued. “We had some very large personalities, some of whom will not be there anymore.”

Council voted to have the Integrity Commissioner investigate Bratina for an incident on April 24, 2013, when Bratain approached City Manager Chris Murray in disagreement over Murray’s professional opinion on the meaning of wording regarding a motion related to LRT project.

Radley said, “there are those out there on social media” saying “it’s time for some new thoughts, new blood, new ideas on council, not recycled ideas or bringing people back. What do you say to that?”

Bratina responded “It’s a fair comment. But remember, there are going to be many new councillors” and they “will bring forward their new ideas … good ideas.”

He says “a Council in this time of instability needs a veteran hand at the tiller” and he is more experienced following his time as a federal Member of Parliament.

Bratina listed federal funding to Hamilton during his time as MP.

“There’s something about having lived experience that will amplify and benefit, youthful approaches and new ideas. So we can all work together and come to a happy result if we work with the sole intention of creating benefits for the City of Hamilton.”

Bratina says he plans to run a positive campaign.

Mayor Fred Eisenberger states he will announce his intentions at a later date, saying he is focused on his work as the current Mayor.