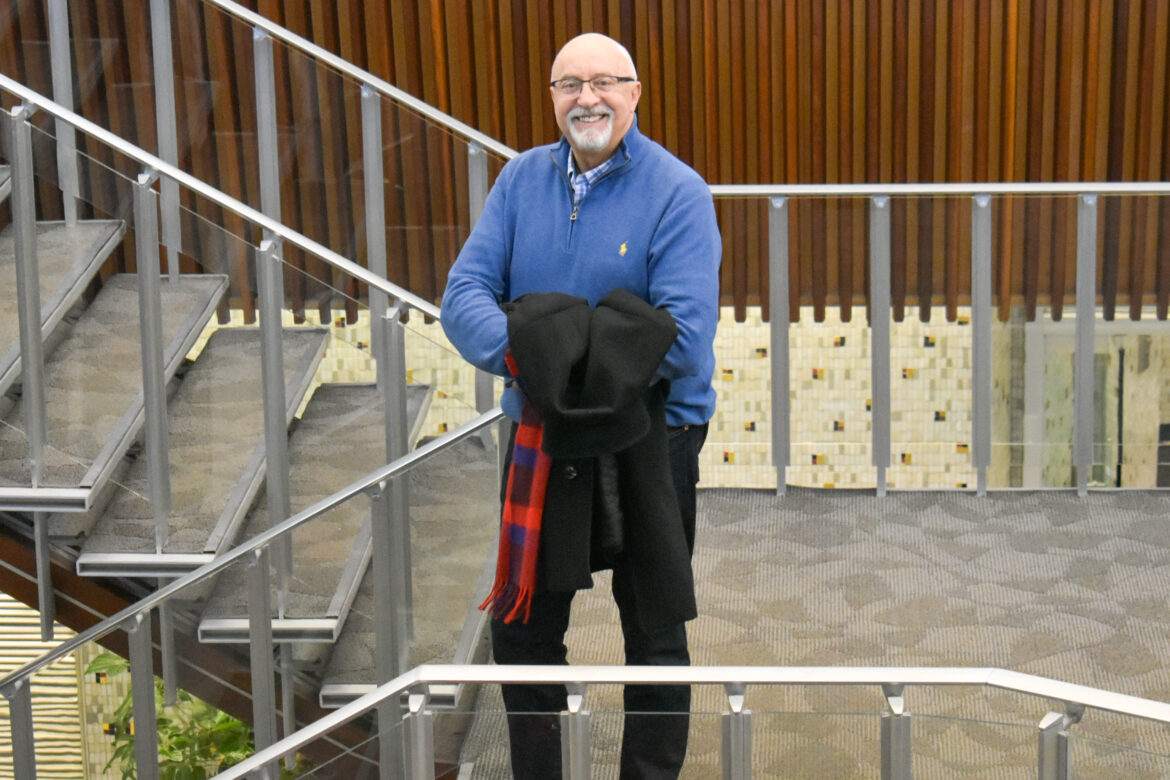 We are now 224 days from municipal election voting day.

Looking at the demographics and who is expected to run, I expect we’ll see a majority of the members of 2022-26 who share a right-of-centre “Blue Liberal” and “Red Tory” political philosophies.

Of Hamilton’s 15 municipal wards, At least eight of them are likely to elect candidates who are either centrist, progressive conservative, or conservative.

There are three wards likely to elect candidates who are left-of-centre or progressives.

Municipal election turnout is lower than that of the other levels of government. Municipalities are funded by property tax levies paid by all residents, with tax bills sent to property owners.

Homeowners have a very tactile knowledge of municipal government expenditures. They literally hold the tax bill when it arrives in the mail. For renters, municipal taxes are a hidden cost, the landlord pays them out of rent revenue.

This helps explain why “homeowner issues” tend to dominate during municipal elections, and the majority of municipal councillors tend to land in the centre to the centre-right part of the political spectrum.

DiIanni’s claims that Hamilton City Council is somehow ‘way left’ is absurd, nearly as absurd as there is an NDP-led influence with only one NDPer among the sixteen members of council.

DiIanni is calling for people on the centre-right to run in the municipal election.

Let’s look at the individual wards.

The three wards which are likely to elect progressives are Wards 1, 2, and 3.

Without knowing the candidates, and thus how votes will potentially split, there remains the possibility that Ward 1 incumbent Maureen Wilson and Ward 3 incumbent Nrinder Nann could be defeated, but not likely at this time.

There is a strong wave of frustration with Farr for being an absentee councillor this term. Farr does not live in Ward 2. He resides near Ottawa Street. Some of the underlying factors that saw decades-long Ward 2 incumbents defeated in 1997 are again evident 25 years later.

By running a second time, after a strong showing in 2018, Kroetsch benefits from being the candidate voters are likely to coalesce around to address the “coordinating problem”, the challenge of determining which challenger is most likely to defeat the incumbent.

Kroetsch has a donor list ready, a voters list from 2018, and will benefit from significant media coverage in 2022.

In Ward 4, incumbent Sam Merulla says he is retiring, bragging about how he is fully pensioned. However, the rumour mill and Merulla’s at-times erratic nature leaves me wondering if he will actually retire.

If Merulla does stick to his retirement plans, there are organized progressives looking to field a candidate who will have a good chance of winning.

Ward 6 incumbent Tom Jackson is the longest-serving member of City Council, being first elected in 1988. Jackson has not signalled his intentions for this election.

As the longest elected member, Jackson will be the focus of much negative attention.

Ward 6’s socio-economic demographics lean towards a centrist municipal councillor. It is an area which the NDP carries in provincial and federal elections.

If Jackson runs for reelection, a left-progressive challenger can win if they present themselves as an agent of positive change.

If an open seat without an incumbent, after 34 years, there is no past data I can use as a foundation for predictions.

Thus, this is a toss-up.

In Ward 7 is a toss-up that can be won by anyone.

A left-of-centre candidate can appeal to the large number of blue-collar labour union members who live in the ward, a centrist can appeal to a broad cross-section of people, and a conservative, like the incumbent and the councillor prior, benefits from a well-run Conservative Party machine in Ward 7.

Who wins will depend on how many candidates are running and how votes split.

Incumbent Esther Pauls should not be under-estimated. She enjoys people and the retail side of politics. Pauls does not enjoy the policy work of council politics and struggles with difficult decisions, she truly enjoys the rest of being an elected official.

Pauls is great at connecting with people at the door, and will likely have the strongest campaign organization..

I am awaiting more data including the federal election poll-by-poll results and 2021 census demographics to provide further insight into the likely political leanings of Ward 11 residents.

Ward 5 will have its first competitive council race since 1997. Then Ward 5 Alderman Fred Eisenberger bowed out of facing off against Alderman Chad Collins for the one Ward 5 seat in 2000’s first amalgamation election.
With Collins now a Member of Parliament, this is an “open seat”.

The demographics and voting patterns of Ward 5 lean towards the centre-right spectrum associated with Blue Liberals and Red Tories.

We do not yet know of any candidates in Ward 5.

Ned Kuruc, who ran for Ward 3 councillor in 2018 and owns businesses in Ward 5, ran in Hamilton East-Stoney Creek for the Conservatives in the 2021 federal election putting up a respectable showing.

Kuruc’s 2021 campaign team included Ian Thompson who is a Liberal who once sat as a public school trustee and Thompson ran for Ward 10 councillor in 2018. With name recognition and identified voters, Kuruc has a good foundation for a Ward 5 campaign. Kuruc spent $19,115.22 on his 2018 Ward 3 campaign.

Ward 8 incumbent John-Paul Danko could be defeated, but that is not likely at this time.

Ward 9 incumbent Brad Clark is Hamilton’s political chameleon. He’s a political survivalist who is well-regarded when presenting thoughtful considered political positions – positions which appear to be his true principals – but can switch those views when the political background changes.

He is a formidable retail politician and keenly aware of concerns in his ward. Transit and urban sprawl are issues all Ward 9 candidates heard at the door in 2018. Clark rides the HSR to City Hall, gained increased service to the Heritage Green hub, and played a key role in freezing the urban boundary.

Pearson won with 36% of the vote in 2018 against three challengers who split the vote.

This is a classic example of the municipal coordination problem. For voters who want change, which candidate is most likely to defeat the incumbent?

2018’s third-place candidate Jeff Beattie announced earlier this month that he will run again this year. 2018’s second-place runner-up Louie Milojevic has not yet declared his intentions.

Pearson, Milojevic, and Beattie all fall within the Blue Liberal / Red Tory zone of the political spectrum.

Ward 12. incumbent Lloyd Ferguson has not declared his intentions.

Bob Maton of the Ancaster Village Heritage Community is a possible candidate for the race. Maton ran for public school board trustee twice in the past and was the Family Coalition Party candidate in the 2011 federal election.

Ward 13. The overall leaning of the Dundas and rural West Flamborough ward is centre-right, with strong progressivism among the voters of Dundas.

In 2018, incumbent Arlene Vanderbeek held the seat with only 34.49% of the vote. Within the polls of Dundas, Vanderbeek won by only a handful of votes.

Vanderbeek won convincingly in West Flamborough which was merged into Ward 13 after the elimination of the rural Ward 14.

Second place runner-up Rich Gelder, at 26.93% of the vote, ran as a progressive, with most of his votes coming from Dundas.

Gelder spent less than half of the winning incumbent and also the third-place finisher.

Conservative John Mykytyshyn placed third with 18.24% of the vote.

It is possible for a progressive to win Ward 13 in a favourable vote split scenario.

Former MPP Ted McMeekin’s name is being discussed as a candidate in Ward 13. McMeekin was Mayor of Flamborough prior to amalgamation, which will greatly assist him in securing votes in that portion of the ward.

McMeekin is now a resident of Dundas and is very engaged in the community. If McMeekin runs, he becomes the candidate to beat.

Ward 14‘s demographics and municipal voting history lean towards expecting residents of this ward to pick a centrist to a progressive conservative councillor.

The potential candidates are not yet known.

Incumbent Terry Whitehead has not declared his intentions. 2018’s second-place runner-up Bryan Wilson is not running in 2022.

Ward 15‘s race could be a re-match of 2018 when incumbent Judi Partridge won by a narrow margin of 216 votes against first-time challenger Susan McKechnie. Partridge and McKechnie are both conservatives.

McKechnie’s near victory was remarkable considering how little media coverage there was of the race, it was basically ignored. Partridge was not seen as a vulnerable incumbent.

[There’s a lesson here for incumbents regarding the municipal voter coordination problem, do not end up in a two-candidate race.]

This is how Hamilton ends up with a centrist council, and why Larry Di Ianni’s latest comments are little more than attention-seeking.

What About the Mayor?

Keanin Loomis is going to run as a centrist. If Bob Bratina runs, he’ll be a populist. Incumbent Fred Eisenberger is a conservative who portraits himself as a centrist.

We continue to hear rumours of a candidate from the left. A person from the left can run as a blue-collar centrist who supports progressive-aligned urban positions.

The Mayor is one vote at Council, and the majority of Council will be firmly in the centre.

Way left? The only thing that’s way out there is Di Ianni’s claims.

Editor’s Note: The original version used the term centralist, it has been changed to the more common centrist.

2 thoughts on “COLEMAN: ‘Way Left’? Hamilton City Council is Centre-Right and Will Remain So”