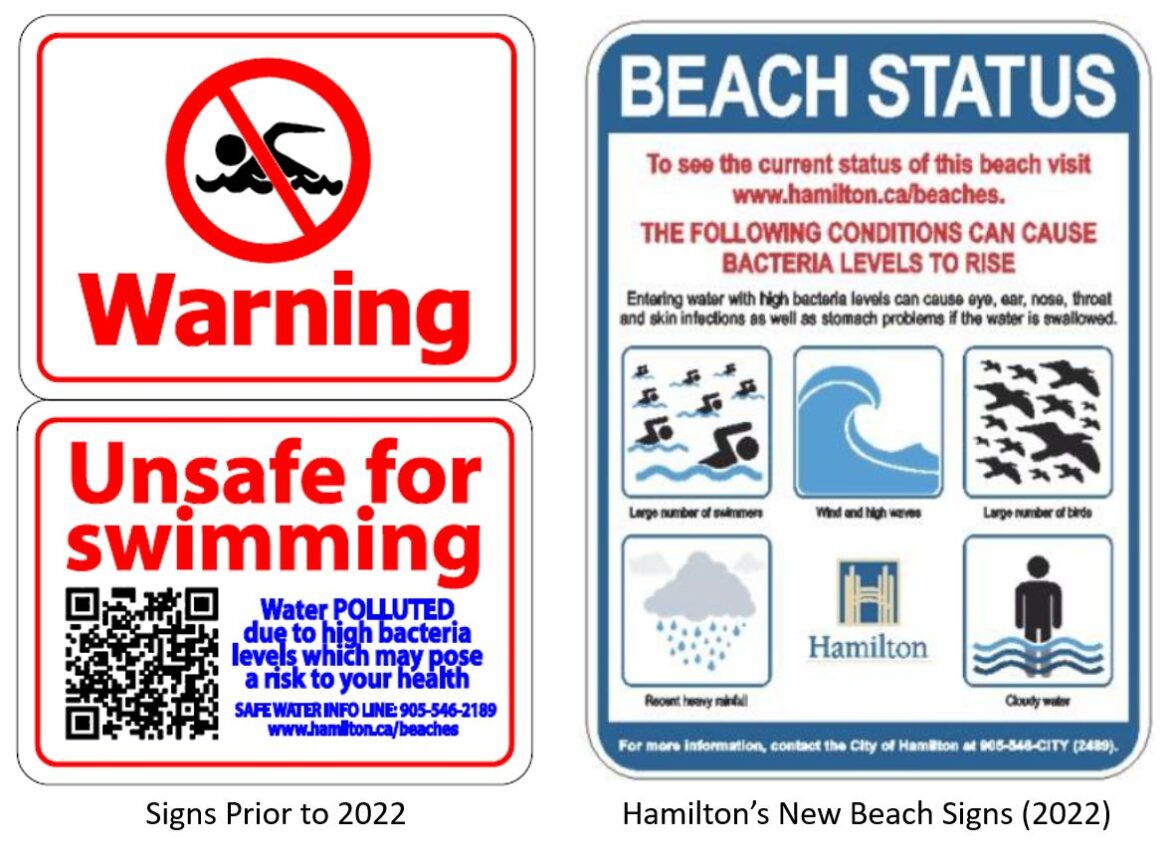 City of Hamilton public beaches will no longer display safe or unsafe for swimming signs.

“Changing or “flipping” on-site signs is not required under the Protocol and impacts internal/external staff resources and creates an unfavourable image of City of Hamilton public beaches,” writes the City of Hamilton’s Director of Healthy Environments Kevin McDonald in an information update to City Council.

The Protocol requires results “be posted on the board of health’s website in a location that is easily accessible to the public immediately as they become available.”

The Protocol does not require posting the results anywhere else, including using signage at beaches. This is why the City plans to remove existing safe/unsafe signs that are changed weekly depending on E.coli levels at the beaches.

City staff write Hamilton is the only region in the area with weekly signage at beaches.

The new signs state factors that can cause E.coli levels to raise and encourage people to visit the City of Hamilton website.

The public can comment to City Council on the change until 12:00 noon on Friday, March 18 by emailing the Board of Health legislative assistant, Loren Kolar, Loren.Kolar@hamilton.ca.