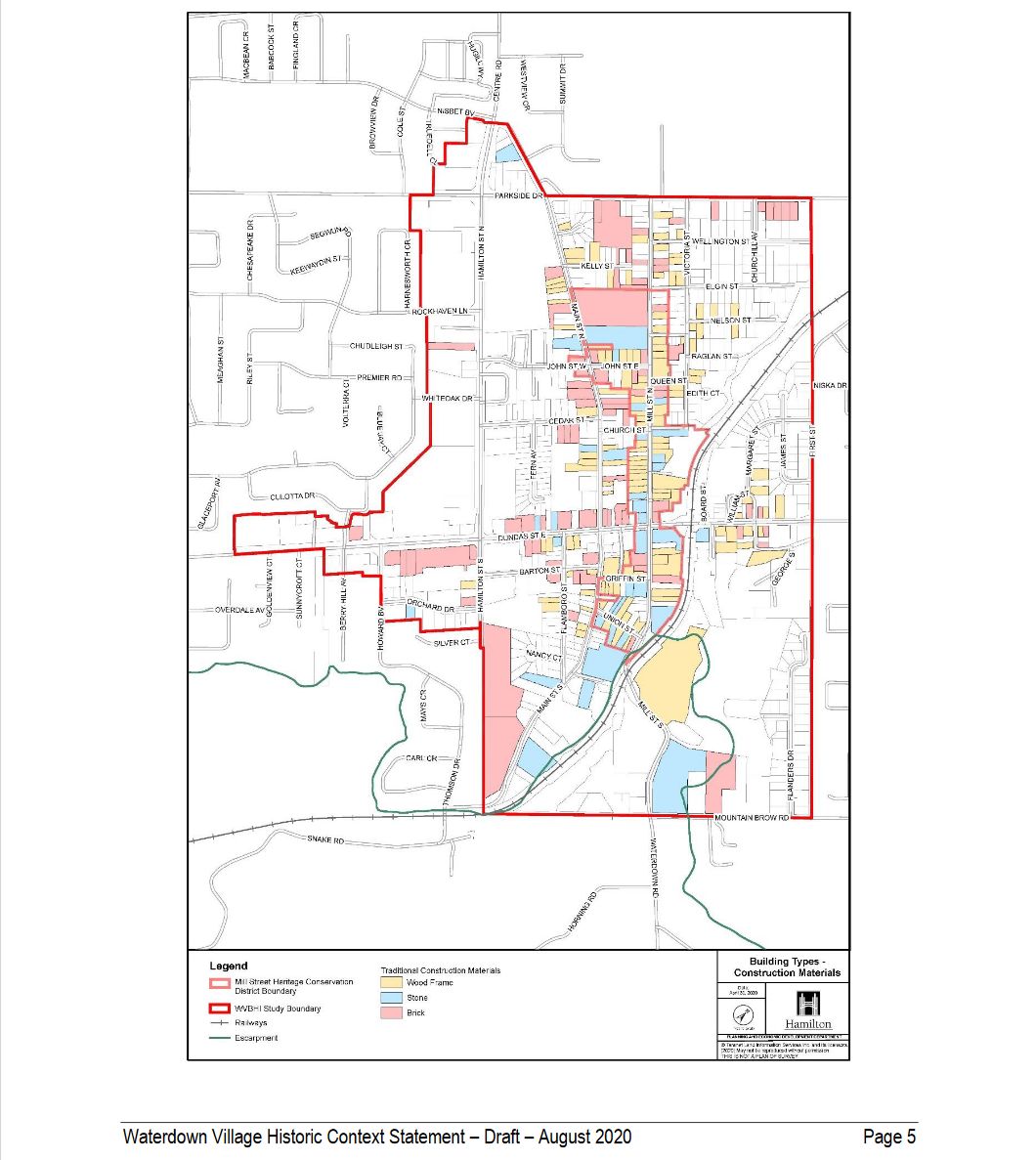 A map showing the boundaries of the Waterdown Village Built Heritage Inventory study.

CORRECTED VERSION: The agenda item is actually deliberating on appeals of the already approved registrations. TPR regrets the error.

The non-designated properties registry delays the issuing of any demolition permit applications by up to sixty days, and invites heritage scrutiny for any major renovations or changes to the registered properties.

Heritage planning staff are recommending all but 19 Flamboro still be added to the list, stating 19 Flamboro “was found to not retain sufficient physical heritage value to remain listed on the Register.” 19 Flamboro is an automobile service centre, Jays Auto Services, which plans to redevelop the site in the future.

Staff write one of the properties owners “do not feel as though their home has any heritage value or importance. However, they do indicate that they bought this property because they loved the character of the home and the historic neighbourhood it is located in.”

Staff state “At the time of writing this report, staff have not received any formal correspondence from owners expressing their opposition.”

Other properties in the Waterdown Village will be designated at later dates.

340 Dundas Street East (Eager House) will be designated “at a future date after the bridge-related matters have been resolved.”

299 Dundas Street East (Crooker House) will be designated at a later date “to give the owner time to complete the alterations approved” by heritage planning staff.

The Heritage Committee meeting is scheduled for 9:30 am on Friday, February 25.

It will be streamed on the City of Hamilton’s YouTube page.