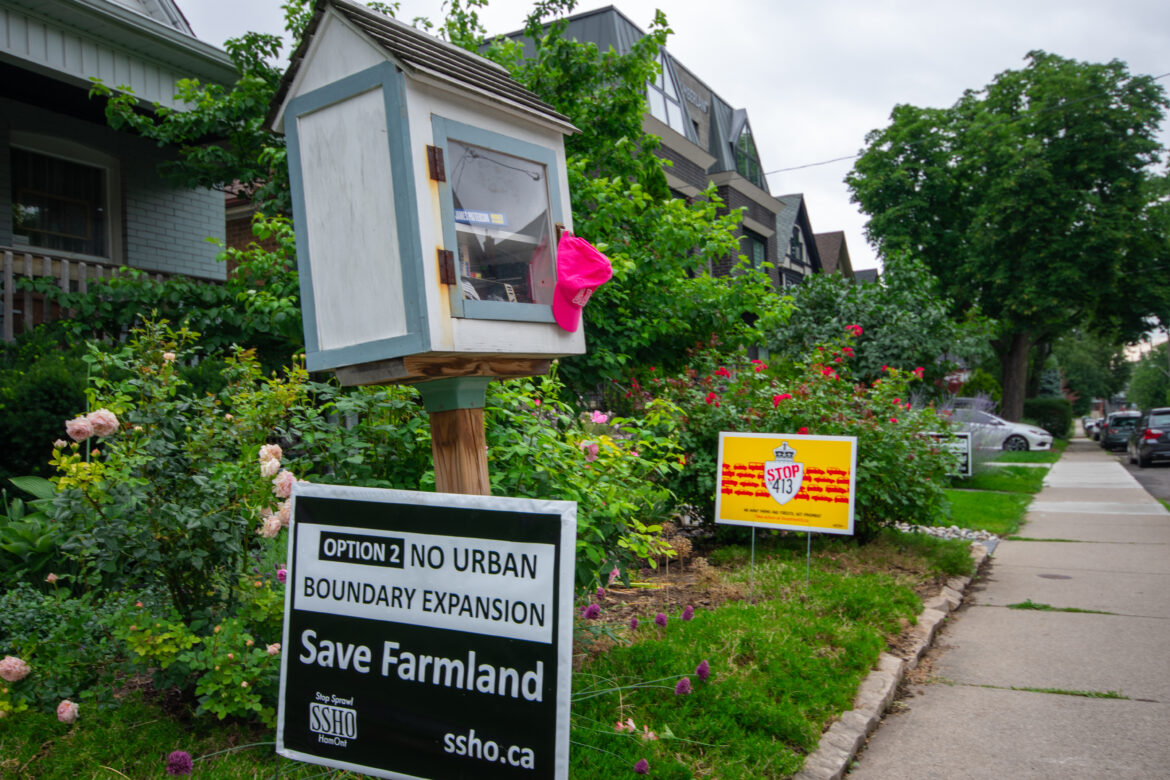 City of Hamilton staff are asking Council to approve changes to the City’s sign bylaw which will give the City Clerk greater powers to regulate political signs and move the fines to an Administrative Penalty System, making it easier for the City to issue penalties for violations.

The new bylaw broadens the City Clerk’s regulatory power to include all political message signs.

Staff are recommending that Council discuss the changes in closed session, citing legal advice. The ability of municipalities to regulate political speech is limited under the Charter of Rights and Freedoms, and it is likely staff will discuss potential legal challenges to the new by-law.

If passed, the City Clerk’s regulatory authority will expand include signs “influencing electors to vote for or against an issue associated with a Candidate, Election or political party” such as issue signs on topics of neighbourhood development, transit, and any other political matter as deemed by the City Clerk.

The previous definition limited the City Clerk to regulating “signs advertising or promoting the election of a political party or a candidate for public office in a federal, provincial or municipal election.”

The Ministry of Municipal Affairs website states “signs saying “Support local businesses” or “Keep the waterfront green” would not be third party advertising, even if a candidate has made those issues part of their campaign.”

The public report does not include any process for appealing a decision of the City Clerk, nor criteria for how the City Clerk will decide what constitutes “influencing electors” or what is “an issue associated with an Election”.

There is a separate “confidential” legal report which is not being released to the public.

The bylaw change comes as lawn signs are becoming a common tool in awareness campaigns such as the recent Stop Sprawl HamOnt campaign opposing the expansion of the urban boundary, and increasingly by neighbourhood groups against development projects.

The existing ban on displaying election signs until 28 days prior to the date of a municipal election remains in place. The new bylaw states there is a $50 fine for posting signs early.

Candidates may be fined $200 for each sign on public property.

Plastering road medians with signs on election day is a campaign tactic some candidates have used to maximize their name exposure.

Election signs will now be prohibited with 100 metres of any voting place on election day and during advance polling. The ban includes signs on vehicles. As written, the by-law does not exempt private property lawn signs from the 100-metre regulation.

There was no public consultation regarding the bylaw.

Council will debate the changes during their Planning Committee meeting on January 11.