The City hopes to prevent damage to the City’s tree canopy similar to last year’s significant outbreak caused by the nuisance moths previously referred to as gypsy moths.

City forestry staff write airborne treatments are needed to prevent the “significant and repeated defoliation of the many tree species [that] will likely result in mortality.”

The $3-million will be funded from reserve funds instead of being added to the 2022 and 2023 operating budgets.

Aerial spraying will be conducted in six plots across the City using a helicopter. The map is below: 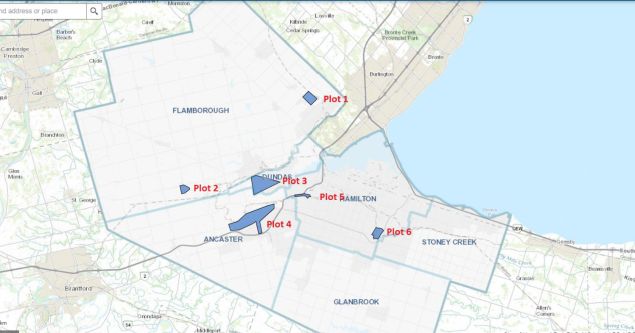 Spraying is expected to occur between May 15 and June 15, prior to 7:30 am on any given day, dependent upon weather conditions.

The City of Hamilton says it will provide public notifications prior to spraying.

The staff report can be read here.