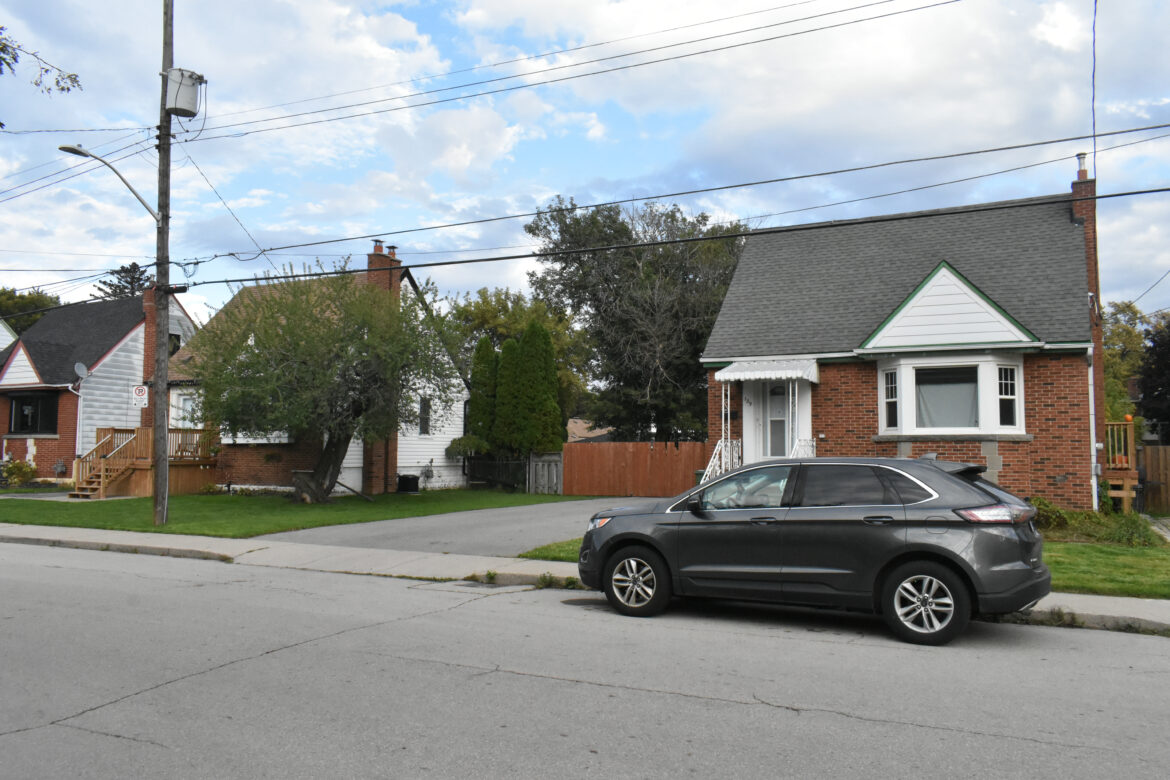 That is the question the Ontario Land Tribunal must decide in an appeal that will help determine how Hamilton intensifies following City Council’s decision to freeze the urban boundary.

A numbered company that owns 129 East 22nd Street is appealing the denial of their application to split the double lot property into two single lots, and build a new single-detached home that will be a duplex.

Hamilton’s Committee of Adjustment voted to deny the application, stating the proposal is “shoehorning a house” into a “stable neighbourhood.”

Committee members expressed concern about the shared driveway and parking in the rear. Members stated that it would de facto create a parking lot.

The video of the meeting is available online here. 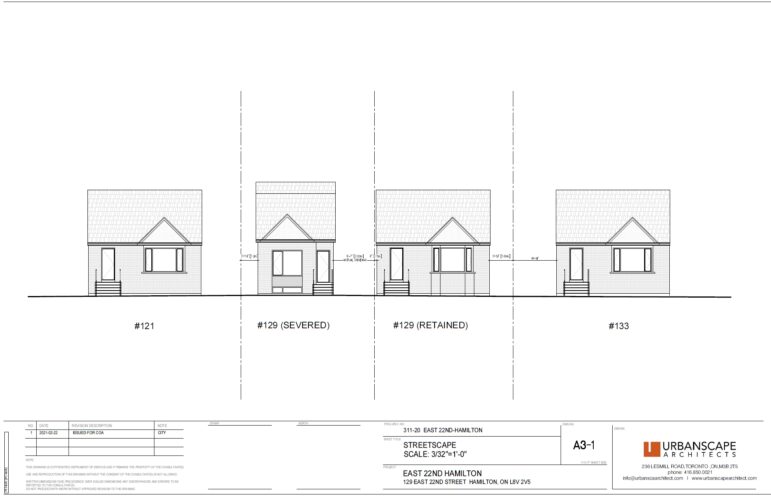 Coun. Pauls stated residents were concerned about parking in the rear of the properties. “To me, it looks like a nightmare.”

“I was surprised how small the lot was,” Pauls stated of her impression upon visiting the property.

129 East 22nd is near the Concession Street Business Improvement
Area, and is considered well-service by transit. 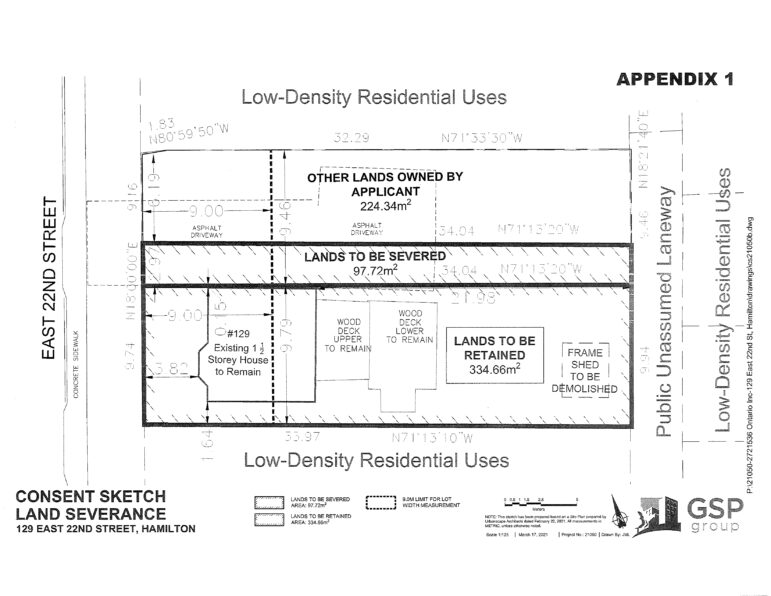 Charlene Lord spoke against the application at the Committee of Adjustment hearing, stating, “I am not against duplexes in the area. I am not.”

“With all due respect to the developer, she did indicate there are these kinds of properties in other neighbourhoods around East 22nd from Queensdale and Crockett,” Lord stated. “But this will be the first property like that on the street. It would be quite unusual for this neighbourhood to have this kind of dwelling,” Lord continued.

“To indicate it is a separate lot, it never has been used as that. Until you get, again, no disrespect, a developer coming in who has no intention of living in this property, it will be a full rental.”

“Again, I am not against duplexes, my preference in a duplex area, it would be for a parent who I had to look after, I would still be living in my home, I would be maintaining my property,” Lord said.

Lord argued the development will cause car lights to shine on her property, cause noise disturbance from cars, and increase traffic on her street. 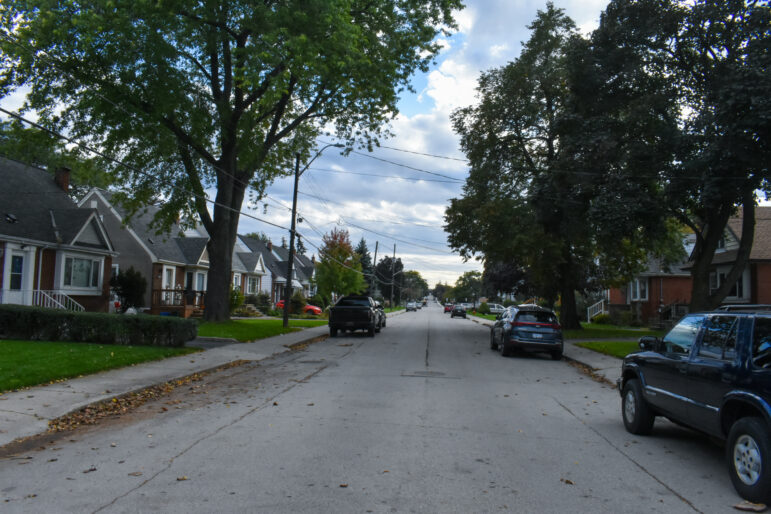 Hamilton’s East 22nd Street on a typical weekday evening. Some of the street’s homeowners state they are concerned about increased traffic from in-fill development

This development proposal encapsulates the challenges of freezing the urban boundary and intensification.

During the recent urban boundary debate, none of the homeowners on East 22nd Street displayed Stop Sprawl HamOnt lawn signs.

As planning staff noted in their reports, this proposal is a form of gentle intensification. Staff wrote the additional home will not change the single-family home character of the neighbourhood.

The numbered company that owns the property is registered with a Thornhill mailing address and offers rentals across the Greater Toronto-Hamilton Area.

Many of the neighbours wrote in opposition to the housing being rental.

Housing tenure is not a zoning issue, and not before the Ontario Land Tribunal.

“I am against the building of a tri-plex,” wrote one nearby homeowner. “I worry about parking problems and devalued properties on our street. This is a family oriented area and I do not believe this building would fit into our neighbourhood or enhance it!”

“The neighbourhood was developed back in the ’40s with the intent of construction of single family dwellings, lots of green space with good sized yards to grow a family,” read another letter, with the neighbour writing that rentals and duplexes are not in keeping with the character of the neighbourhood.

Hamilton City Council will decide in closed session if the City will spend up to $50,000 to hire outside lawyers and planners to oppose the development at the OLT.

One nearby homeowner wrote to City Hall stating, “to change this is a major variance and allowing for this acceptation sets a precedent that any neighbourhood in Hamilton can transition to a high density one,” reads another letter. “Others could decide to remove their garages and driveways so they can also fit a single dwelling, where would it stop?”

The OLT has not yet set the date for the appeal pre-hearing. The Public Record will report the date, and provide information on how to view the hearing, in our newsletter when the notice is issued. 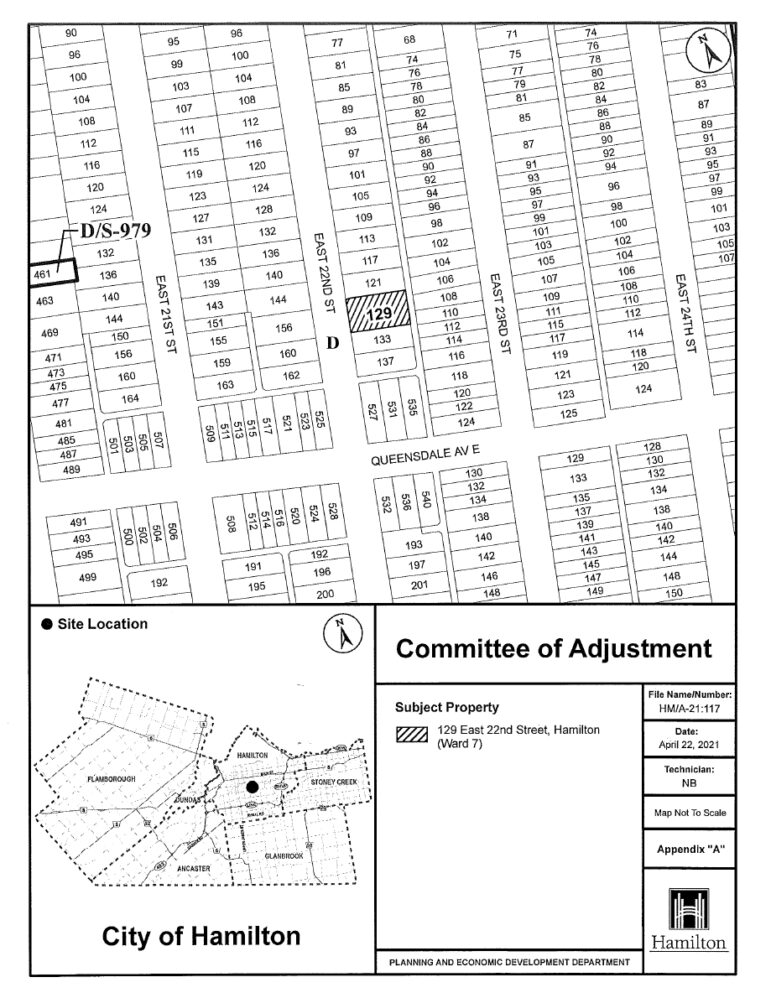