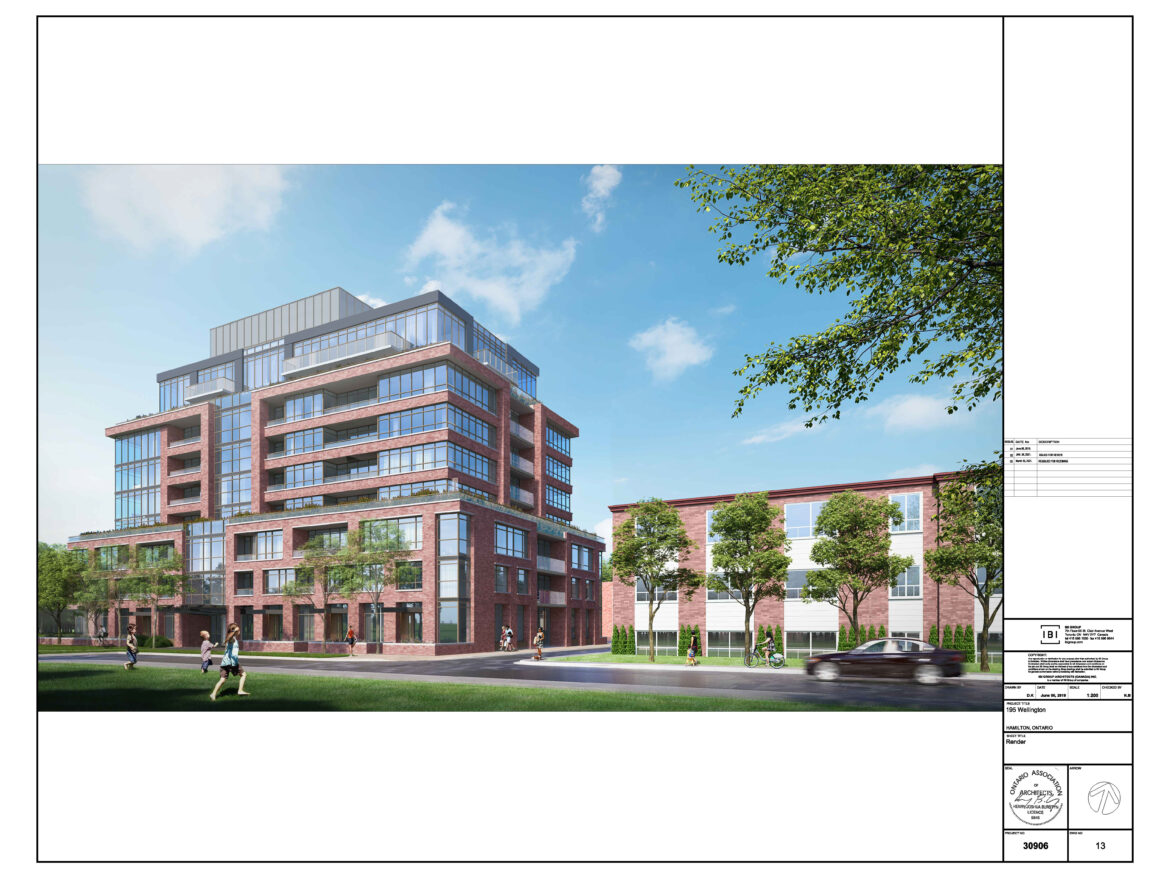 Rendering of the proposed nine-storey building at 195 Wellington which will replace a portion of the existing mid-rise on site.

The proposal by Medallion developments is subject to an Ontario Land Tribunal settlement hearing next week, following over four years of negotiation after Medallion appealed to the then-Ontario Municipal Board for non-decision on their original proposal for a 20-storey building at the site.

The development is within the control zone of the Niagara Escarpment Commission (NEC). The Commission required the lower height to respect the escarpment and lessen the impact upon the visual environment. 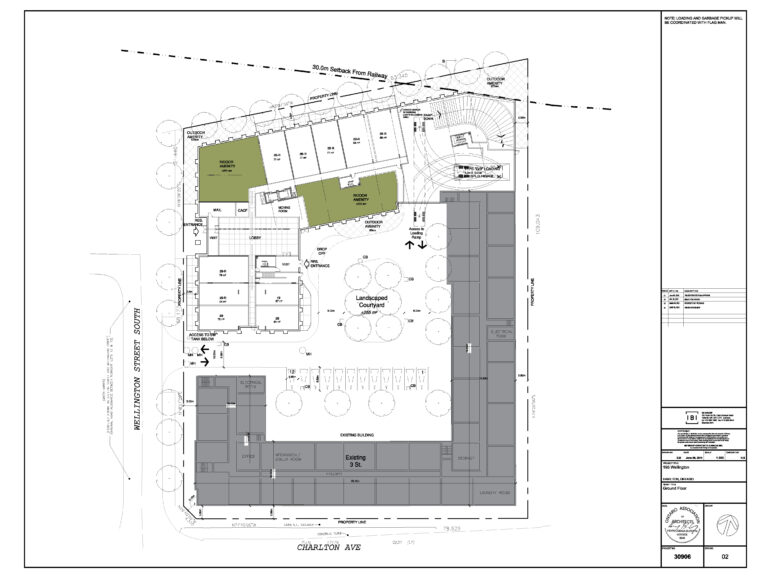 There is a tenant protection protocol in the settlement, the City will not issue building permits until Medallion submits a plan for “rehousing of tenants who are displaced due to the proposed demolition of the 35 rental units.”

Professional Planner Lindsay Dale-Harris of Bousfields Inc. represents Medallion and states in her affidavit to the Tribunal “Medallion has agreed to address any issues related to the rehousing of tenants.”

The Tenant Relocation Plan must be approved by Ward 2 Councillor Jason Farr and City of Hamilton staff.

Demoviction has been a major concern for tenants, three of whom registered as participants in 2018 at the first pre-hearing. Only the three parties (Medallion, the City of Hamilton, and NEC) were involved in settlement negotiations. During COVID, participants enter written statements to the Tribunal expressing their positions.

The new building will add 223 new residential units to the site including 10 studio units, 129 one-bedroom units and 84 two-bedroom units. 107 existing rental units on the site will be retained.

Due to the proximity of the building to the Niagara Escarpment, the NEC determined it was too tall and needed to be redesigned.

“The revised height, siting and design will result in very limited skylining of the Escarpment, which is achieved by a maximum building height of 126.7 [metres above mean sea level],” writes NEC Director Debbie Ramsay in support of the settlement. “Where skylining does occur, it is mitigated by design elements, including stepping back upper storeys and subdued exterior building colours, and associated landscaping techniques.”

187 parking spaces are provided as part of the Settlement Proposal, of which 12 are provided in a surface parking area and 175 are located in three levels of an underground parking garage. The resulting parking ratio is 0.56 parking spaces per unit.

Once approved at the Tribunal next week, Medallion will need to complete Site Plan approvals with the City’s planning department. There are no timelines in the settlement for demolition of portions of the existing residential building, nor timelines for construction.