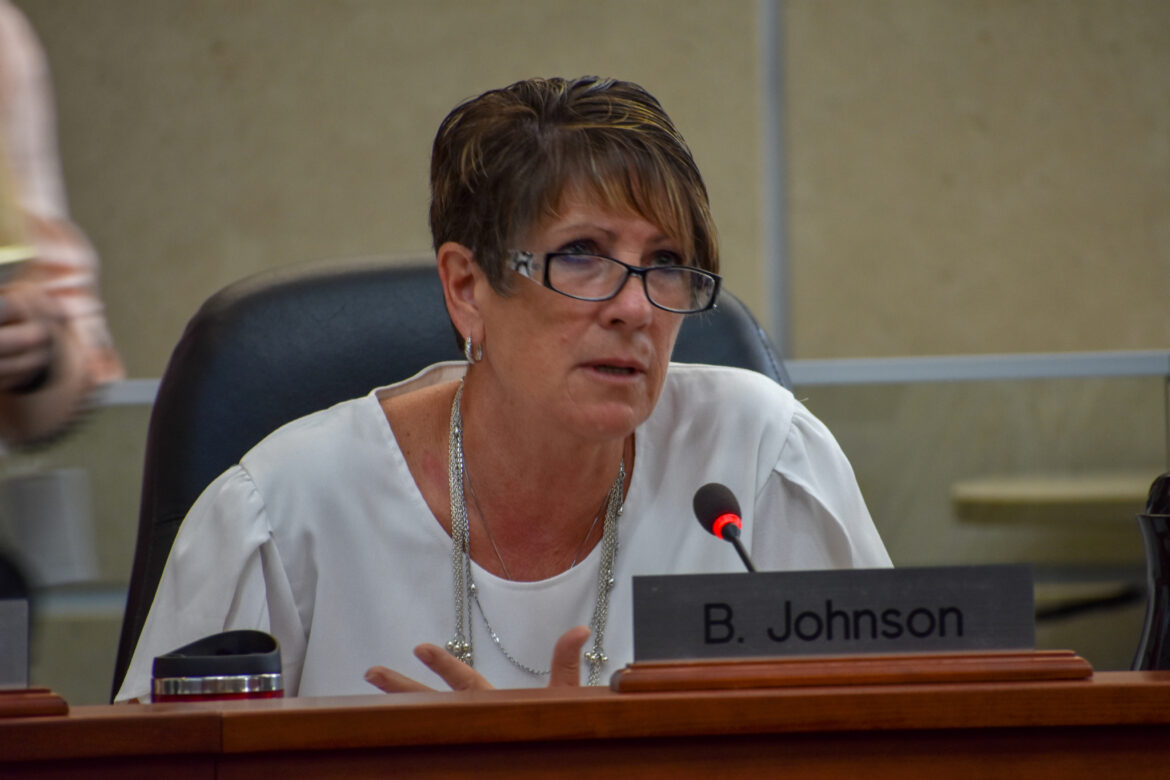 Ward 11 (Binbrook-Glanbrook) Councillor Brenda Johnson says it is time to end the bullying of City of Hamilton staff by developers.

” I have complained about several of them,” Johnson says, adding the complaints “fell on deaf ears.”

“While we’re all congratulating each other,” she said of voting to issue a 30-day pay suspension to Ward 14 Councillor Terry Whitehead, “I really want us to also maybe start focusing on some of the visitors that come into City Hall.”

Johnson says it is time to “have our eyes wide open to everyone and stopping the bullying that’s been happening.”

It is not unusual for some planning agents, one in particular who is widely known as a problem, to taunt junior and mid-level planning and development staff they have the power to go to certain city councillors and get the councillor to override them.

Ironically, these very bully developers are suffering from delays to their projects as the City of Hamilton struggles to process applications in light of the staffing shortage.

I have witnessed this behaviour and honestly determined there was too great a risk to my personal safety to report on what I have witnessed, especially without video evidence.

Hamilton City Hall is a dangerous place, I have been assaulted twice. I am regularly harassed and berated in retaliation for streaming public meetings and letting the public know what is happening. You know, journalism.

The developers which some of these bullies represent hold a great deal of power, they bundle tens of thousands of dollars in donations to city councillors during municipal elections.

Brenda Johnson has just shattered their shield of invincibility. The open secret that everyone in City Hall has known for years is no longer a secret.

Rest assured bullies, you will be called out and I will be calling you out if you dare bully city staff again.

Oh, I assure the bullies that Brenda Johnson has kept receipts, get your acts together.