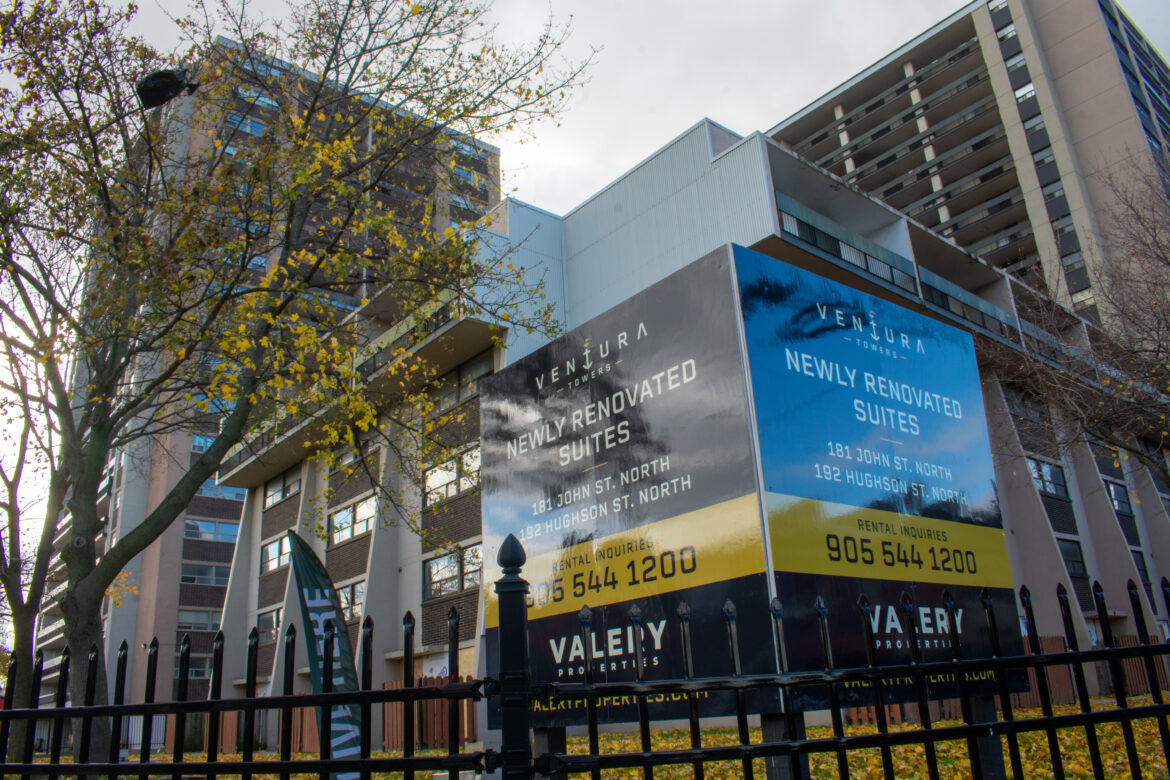 Getting rid of long-term tenants has been a profitable game for corporate landlords in the past decade as Hamilton’s rental rates have skyrocketed – it is even more profitable today.

Seven years ago, residents at 181 John Street North and 192 Hughson Street were offered incentives to end their tenancies and leave.

In 2016, owner Greenwin Inc tried to rezone the apartment buildings with “minor variances” to demolish all four-bedroom units and nearly all three-bedroom units.

The inclusion of family-sized apartment units was a condition of zoning approval in the 1970s, which allowed the construction of the buildings with extra height.

Greenwin’s rezoning was defeated after the Beasley Neighbourhood Association (BNA) mobilized against the proposal and convinced the Committee of Adjustment to vote down the rezoning.

The issue went to the Ontario Municipal Board while the BNA worked to find a way to protect tenants from renoviction. 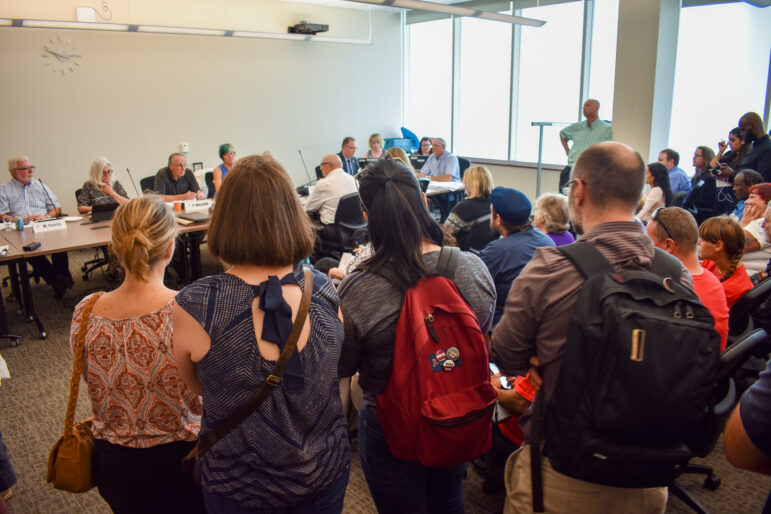 The BNA hired consultants and negotiated a settlement binding the City of Hamilton and Greenwin to retain many of the family-sized units.

The 2017 settlement allowed Greenwin to eliminate the four-bedroom units, and some of the three-bedroom units. In return, Greenwin agreed not to evict tenants and complete renovations in phases to ensure tenants were not pressured to leave.

“We are pleased to publicly report that Greenwood Inc has agreed that no existing tenants would be displaced as a result of this redevelopment,” stated consultant Brad Clark to City Council on October 3, 2017. “On this point, I do wish to extend my personal thanks to Mr. [Kevin] Green [CEO of Greenwin Inc.] and Ms [Kris] Boyce [President of Greenwin].”

Clark was a former city councillor retained by the BNA to assist the neighbourhood and tenants to secure a settlement deal.

Clark returned to City Council in 2018 when he won the Ward 9 seat.

Ward 2 Councillor Jason Farr praised the deal and moved the motion binding City Council to approve and uphold the deal.

“Over probably two, three years now, you know it’s been a bit of a roller coaster ride,” said Farr. “I’m quite pleased to see just how this has finally come to an amicable conclusion.”

Since 2017, Greenwin did not complete its planned renovations of the building.

New owners Valery Properties moved quickly to begin demolishing the family units in the building and issued eviction notices only weeks after taking ownership of the building. 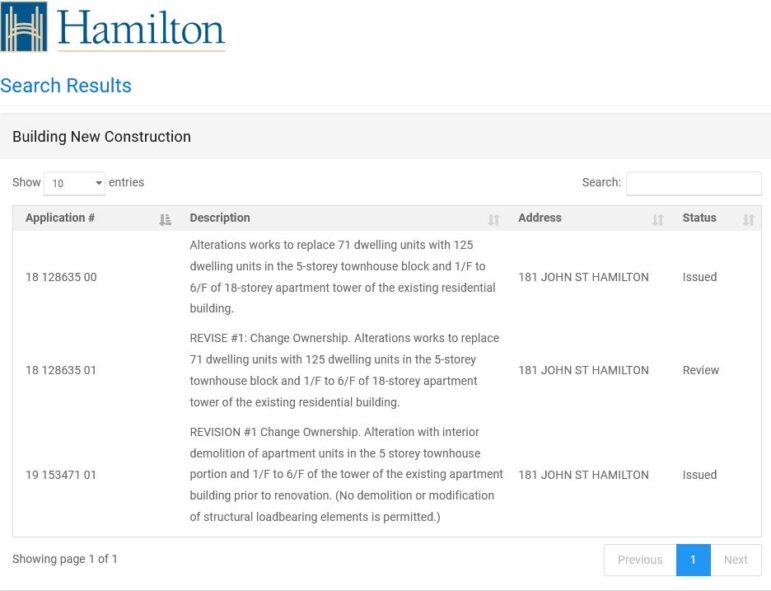 Under the Building Code, the City of Hamilton must issue building permits if the applications comply with zoning.

For many of them on fixed incomes, they will become homeless.

The 2017 agreement included tenant protections; what has become of it?

Ward 2 Councillor Jason Farr has yet to issue a public statement.

Some of the tenants have lived in the building for decades.

The Hamilton Community Legal Clinic and other community groups are mobilizing to assist tenants and ensure their legal rights are upheld.

On Monday, residents gathered in front of the building to call on Valery Properties to retract N13 notices to remove dozens of tenants to conduct an interior demolition of floors one to six of the buildings.

The buyout offer states, “Under the Residential Tenancy Act, we can issue you a N13 which is a notice to end your tenancy due to the extensive renovation taking place. This means you would have 120 days to leave the building. With this option there is no compensation package offered to assist you with your new home.”

Those who did not take buyouts have now been issued with N13 eviction notices.

The tenants and community groups are calling for City Hall to act immediately to support them.

One thought on “A 2017 OMB Settlement Promised No Evictions at Ventura Towers, Why Are They Happening Today?”