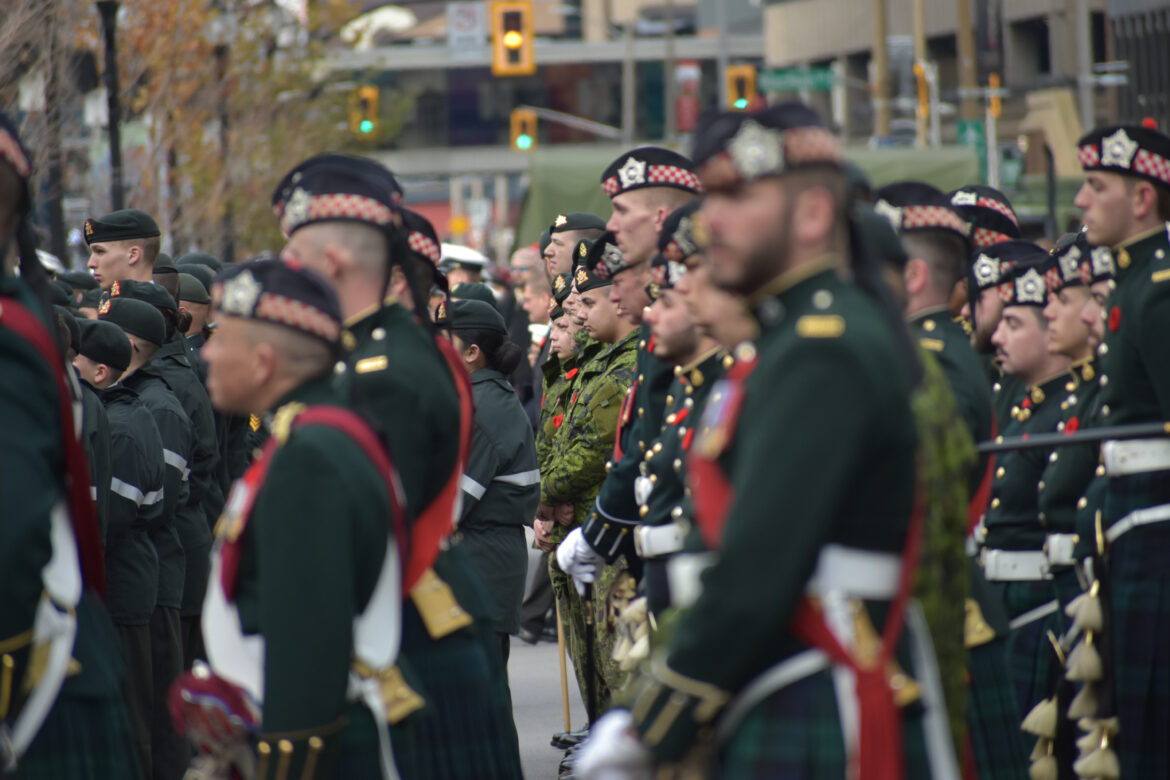 Hamilton’s traditional second Sunday of November military Garrison Parade will return after being cancelled last year due to COVID.

The ceremony is held every year, in addition to November 11, except when Remembrance Day itself is on a Saturday, to commemorate the sacrifices of those who fought and served in Canada’s Armed Forces and Coast Guard.

This year the Garrison Parade will be on November 14.

The City of Hamilton is also planning to hold a service at the Downtown Cenotaph in Gore Park on the November 11 Remembrance Day. The City intends to restrict access to the area around the Cenotaph in accordance with the Province of Ontario’s COVID regulations.

“We don’t know exactly how many of the general public will show up,” said Christopher Redford, heritage presentation coordinator with the City of Hamilton. Redford is the staff support person for the Veterans Committee.

“I might suggest would be that we do as we have done in the past and that is to cordon off the area so that all those who are participants within the cordoned area can be known so we can have contact tracing and self-assessment.”

City staff state there will be small public Remembrance Day ceremonies in Ancaster and Stoney Creek at their Cenotaphs. Both ceremonies will not be promoted nor advertised as the City does not wish to draw crowds. The area surrounding the Cenotaphs will be cordoned off to 100 invited guests based upon expected COVID regulations.

The Dundas and Waterdown Royal Canadian Legions will hold invitation-only ceremonies on Remembrance Day. They will not be open to the public.

“I know that the military is not permitting bands to play at this point,” he said. The Canadian Forces will provide a bugler and piper for the ceremonies.

The Veterans Committee plans to use recorded band music on November 14.

The City of Hamilton will update plans if COVID restrictions change.