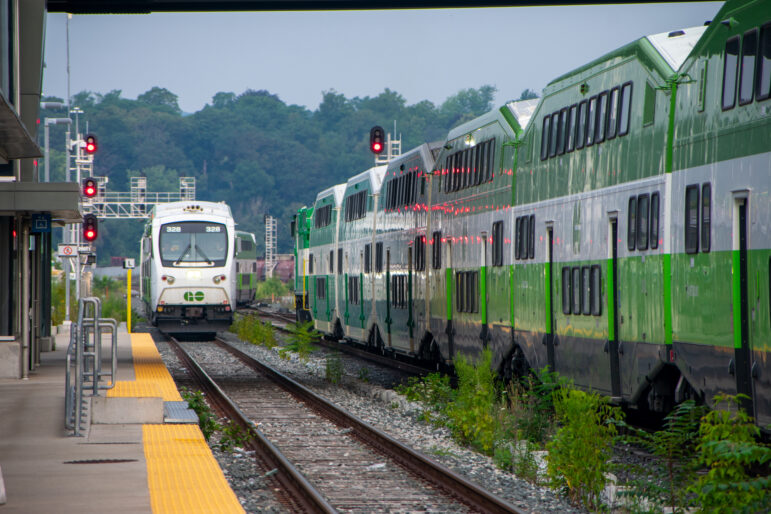 This is a promising start to all-day service at the station. Prior to COVID, four trains left during the morning rush hour each day, with 81 average passengers total on the four trains. 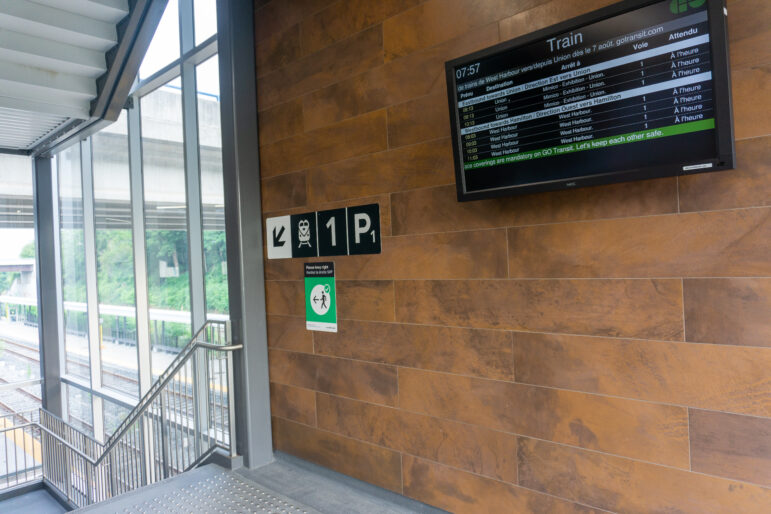 Departure Board at Hamilton’s West Harbour GO Train station on the morning of August 7, 2021 as hourly service begins at the station.

Travel time is one hour and 17 minutes. The full schedule is here. 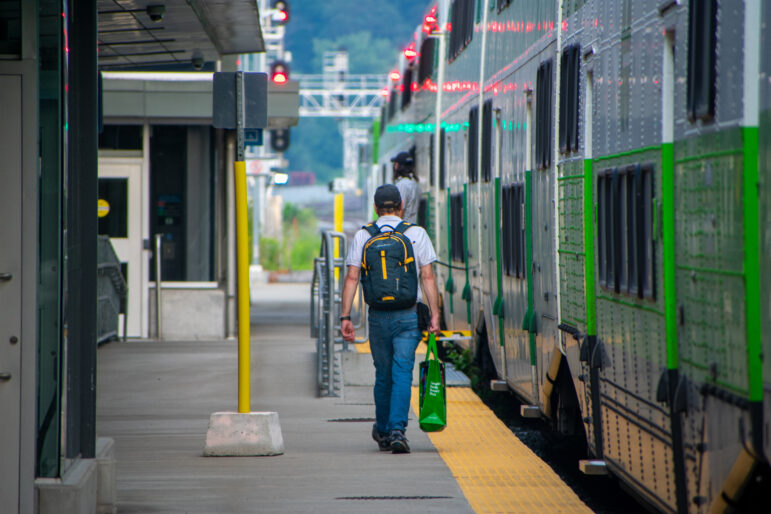 A passenger boarding the GO Train at West Harbour on August 7, 2021 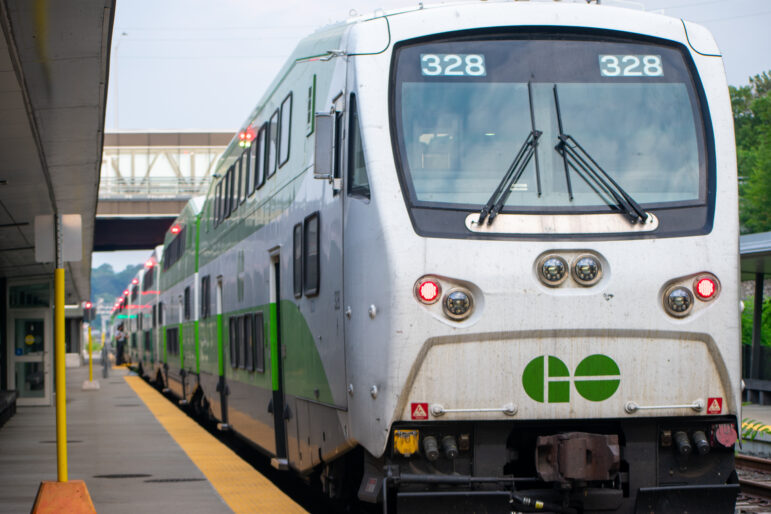 The first hourly all-day GO train leaves the West Harbour Station at 8:13am on August 7, 2021