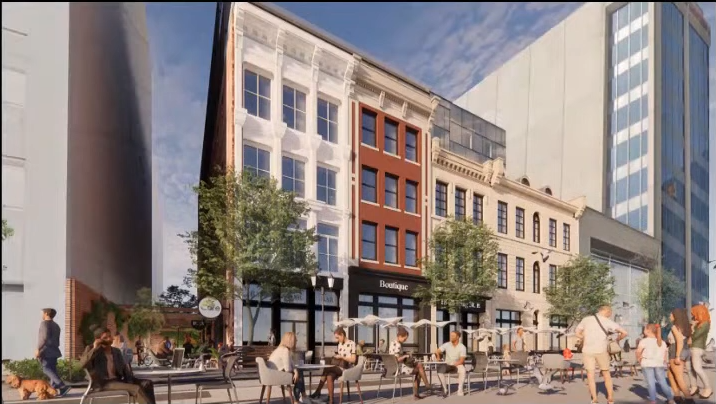 After a decade of neglect, Wilson-Blanchard promises to build its latest 18-30 King Street East proposal.

Wilson-Blanchard’s Hughson Business Space Corporation says they will build a six-storey commercial building with ground-level retail at 18 to 28 King Street East while retaining three of the four existing facades and recreating the facade of no. 24.

“I’m completely on board with everything that has been proposed, I think it’s a really, it’s going to be a beautiful job”, said committee member Carol Priamo. 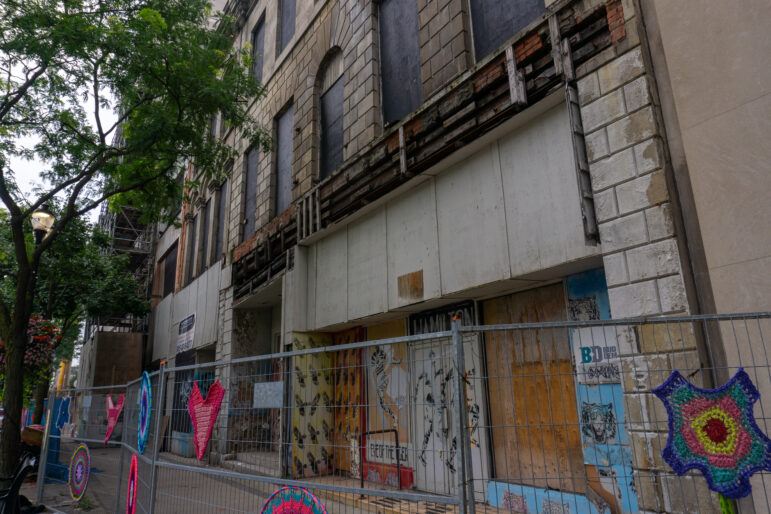 The historic buildings on the south side of Gore Park have been deteriorating since 2012 when Wilson-Blanchard sought to demolish the buildings. Shortly after filing for demolition, they agreed to pause the demolition to negotiate with the City of Hamilton.

Those talks broke down in late 2013, and City Council voted in December 2013 to designate the buildings under the Ontario Heritage Act – blocking demolition. In 2017, Council approved the demolition of the buildings with the condition that two of the four facades be rebuilt.

The latest proposal retains three of the four facades. The fourth facade will attempt to recreate as much of the original appearance as possible.

“There’ll be various approaches to the different facades based on their condition and their heritage value,” says Megan Hobson, a cultural heritage specialist with an MA in Architectural History who is a consultant to the developer. “18 to 22 has very high heritage value and is in good, it’s got a lot of condition issues, but it can be stabilized in place.” 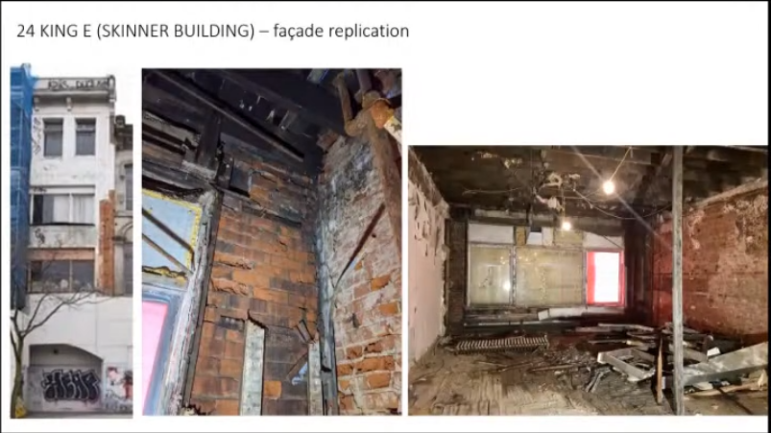 The heritage committee discussed at length the importance of windows to the heritage character of the site.

“The windows are so important, even in a building that’s partly restored, partly replicated,” says committee member Charles Dimitry. “The wood frame windows are part of the design.”

Feswick says all windows will be meet the heritage character of the original facades, and he will be working with the Ontario Heritage Trust.

During the winter, the dismantled heritage features will be restored in an off-site warehouse.

Construction on the new building will begin in spring.