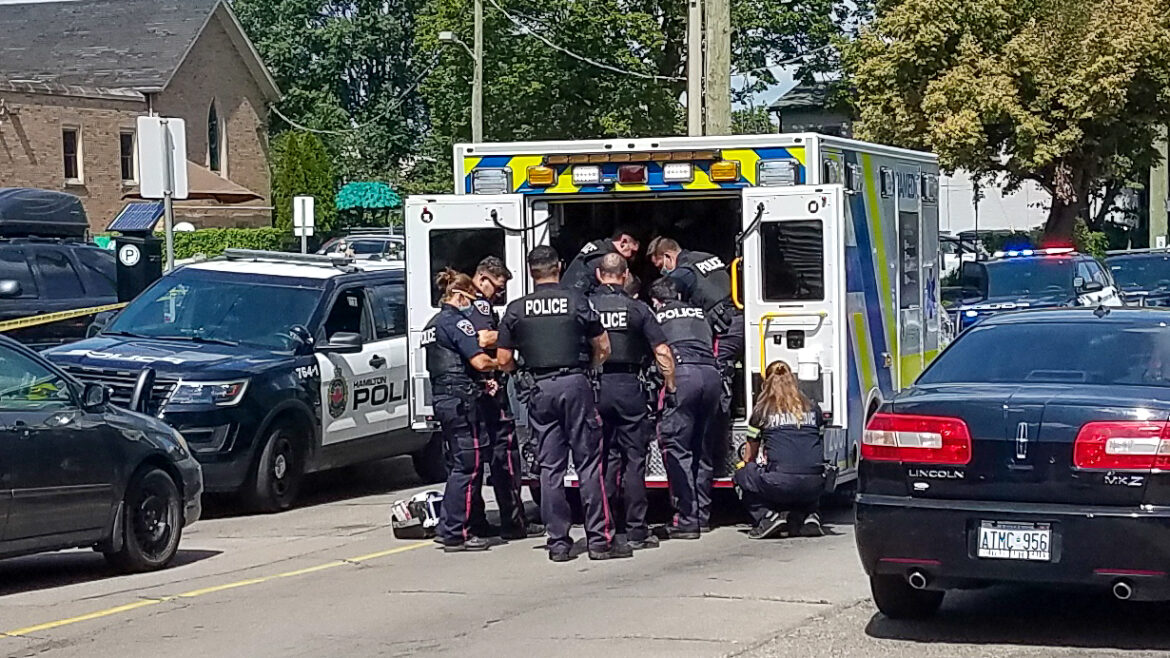 Hamilton Paramedics and Police try to restrain a treat a person in crisis on Hughson Street North.

In a tweeted statement, Hamilton Police state that they responded to Hughston Street North in Downtown Hamilton this afternoon for “a person in crisis call.”

The person “has been taken to hospital for self inflicted injuries”, Hamilton Police write.

I witnessed the incident’s aftermath, arriving at 1:30 p.m., approximately a minute after a third ambulance arrived on scene. The third ambulance was travelling with unusual haste when it passed me nearby.

There were seven marked Hamilton Police vehicles and three ambulances that I could see.

A loud male voice was heard, alternating between groaning with pain and raging with anger.

A paramedic attempting to treat the man inside the ambulance was shouting to other paramedics and police for assistance.

At least seven police officers and at least two paramedics were attempting to stabilize the man on a stretcher and get him into the rear of an ambulance for transport to Hamilton General Hospital.

The struggle took approximately nine minutes from when I arrived until the ambulance’s back doors were closed. During this time, paramedics from two other transport ambulances brought what appeared to be restraints from their vehicles.

Blood was visible on the man’s legs. 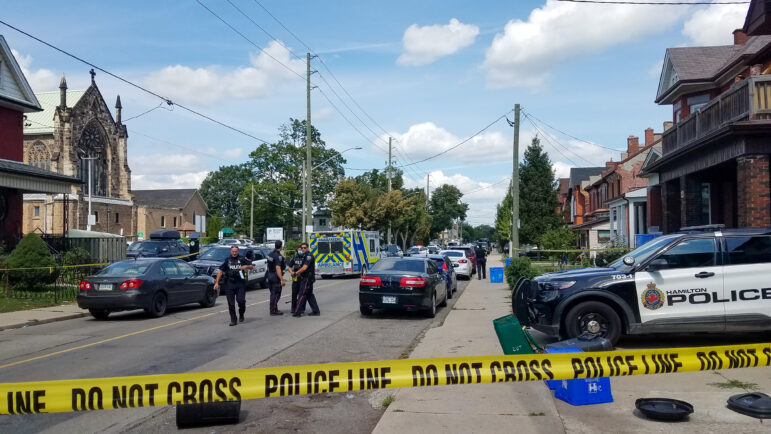 A Hamilton Paramedic Service ambulance transports a man with self-inflicted injuries follow an incident on Hughson Street North on August 31, 2021

Nearby residents, standing on their porches, stated the man used a sharp object (knife) to inflict a significant cut on his chest. 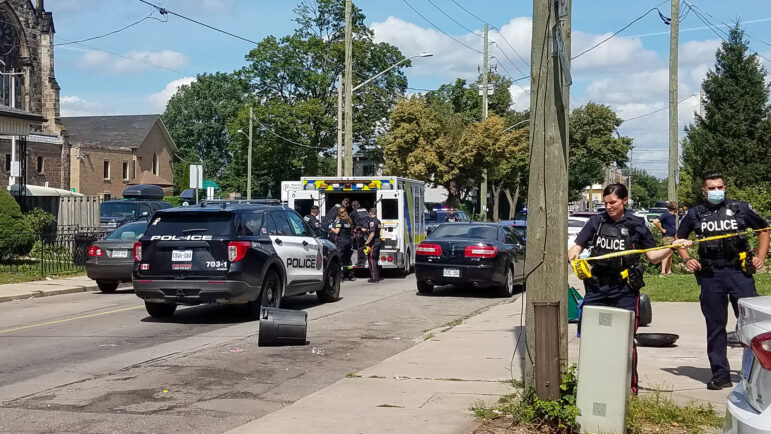 One thought on “COLEMAN: Man Taken to Hospital with Self-Inflicted Injuries on Hughson Street North”