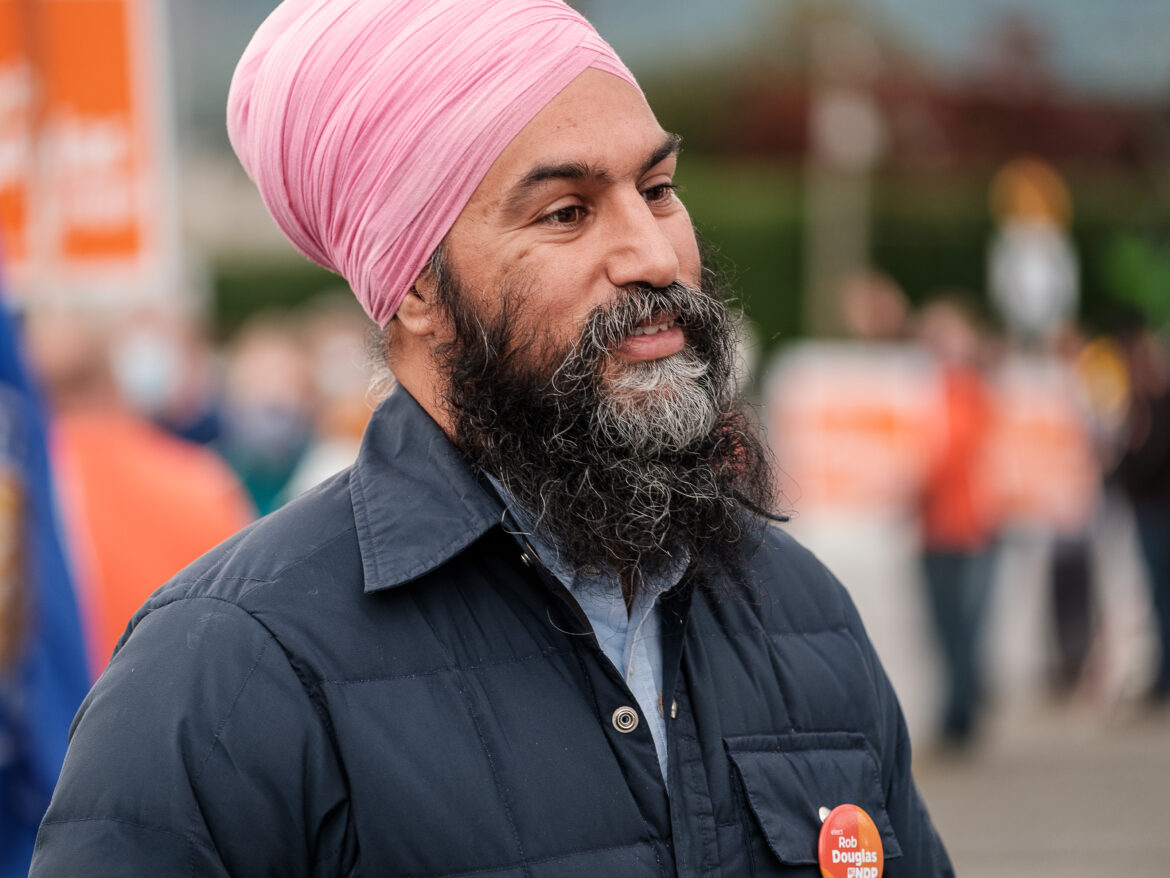 LAKE COWICHAN – Jagmeet Singh, federal leader of the NDP, and Gord Johns, MP for Courtney-Alberni, join Rob Douglas, BC NDP candidate for Cowichan Valley, in the community of Lake Cowichan.

On Friday, I listened to NDP leader Jagmeet Singh’s press conference in Hamilton.

This was the first time I can recall listening to a full Singh speech. I expect Singh’s polling numbers will improve during the election as more people are exposed to him.

A few times a week, I’ll chat with journalism colleagues who cover federal politics. Every few weeks, I reach out to contacts in Ottawa. I like to think I’m moderately informed.

The NDP platform sounds good, it appeals to the party’s voting base and to the voters who traditionally vote Liberal.

Singh is mindful that the NDP’s coalition includes working-class voters who can be alienated by culture war issues. The struggles of the UK Labour Party reveal what happens when a social-democratic party becomes disconnected from a large bloc of its voters on cultural issues.

Asked about historical statues, Singh gave a detailed answer acknowledging the reasons why some statues need to be removed, and some places renamed. He added that our history can be learned in museums – both the good and the bad.

Grappling with our past is a process. It took me time to accept the fuller picture of Macdonald and to conclude we do not need to celebrate Macdonald to celebrate Canada.

A leader needs to bring divergent groups together in pursue of solutions. This position does that. Singh will be able to counter attempts to tar the NDP as radicals on these issues – which is important to gaining seats such as Hamilton East-Stoney Creek.

Make no mistake, the NDP can win Hamilton East-Stoney Creek by focusing on economic issues.

“Better Jobs. More Jobs.” is the NDP’s focus in Hamilton. Adding prescription medications and dental care to universal health care, improving protections for workers, and focusing on abuse of federal COVID funds by corporations are issues people care about.

Liberal Prime Minister Justin Trudeau is doing well in public opinion polls, and the Liberals believe an election now is a good opportunity to gain majority control of Parliament – especially with their success procuring COVID vaccines which are bringing the pandemic in Canada to an end.

Sir Winston Churchill led Britain to victory in World War II over Nazi Germany. Victory in Europe day arrived on May 8, 1945. On July 5, 1945, Britains voted in a general election and handed Churchill a stunning defeat. They had not soured on Churchill, who remained wildly popular. Britains looked to the future.

The NDP platform looks to the future, speaks to the concerns of a large number of voters, and does not provide wedge issues other parties can deploy against the NDP.

In 2011, the NDP entered the election polling in the mid-to-high teens. As Jack Layton reached more voters, the NDP gained popularity. On election day, the NDP won 103 seats – their best federal showing ever.

Today, the NDP’s polling numbers are similar to 2011. What happens next is anyone’s guess.