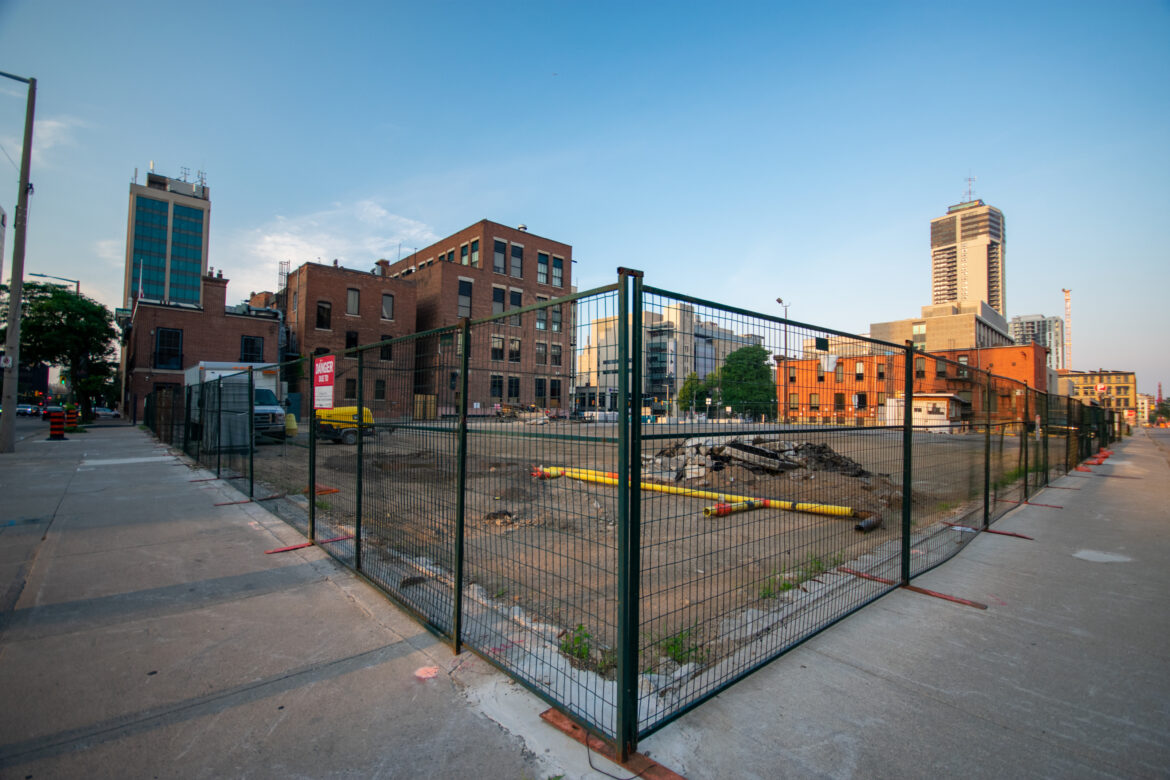 Hamilton’s Committee of Adjustment is being asked to effectively eliminate Hamilton’s downtown building height limit as a minor variance.

The Downtown Hamilton Secondary Plan states buildings shall not exceed the height of the escarpment – unless they provide design excellence and community benefits to be negotiated.

For most sites in the DTSP, this translates to approximately 30 storeys. The height limit provides predictability to developers, both on what they can build and to measure land prices. One of the goals of the limit is to manage land speculation and flipping by upzoning.

Fengate Hamilton Land GP is asking Hamilton’s Committee of Adjustment to eliminate the height limit as a minor variance for their tall building planned at 75 James Street South.

The proposed development of nearly the entire block is a LiUNA project.

The Downtown Secondary Plan sets a height limit of 94.2 metres at this site, the developer is asking for 111.0 metres without any conditions such as design and community benefits.

Eliminating the height limit is one of the 12 minor variances sought. Variances are being sought to setback further than allowed, façade glazing amounts, a decrease in bicycle parking, exceptions from vehicle parking stall sizes, and an increase in the maximum allowed lot coverage.

Ontario’s Planning Act does not define minor variance. [I wrote on this in 2017] 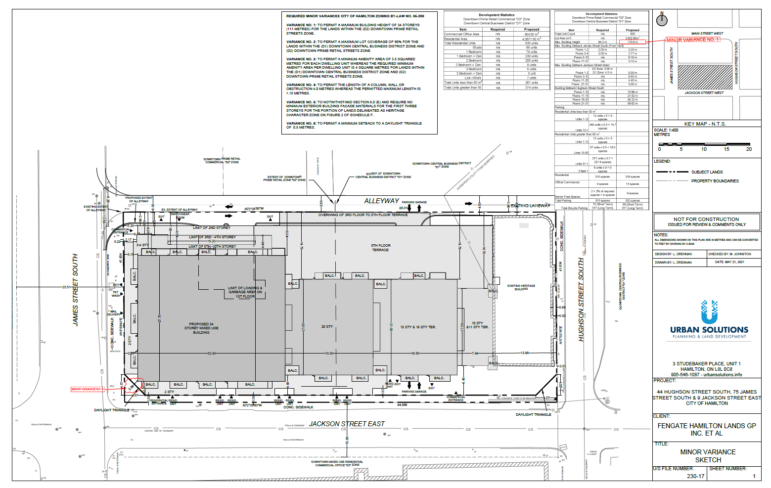