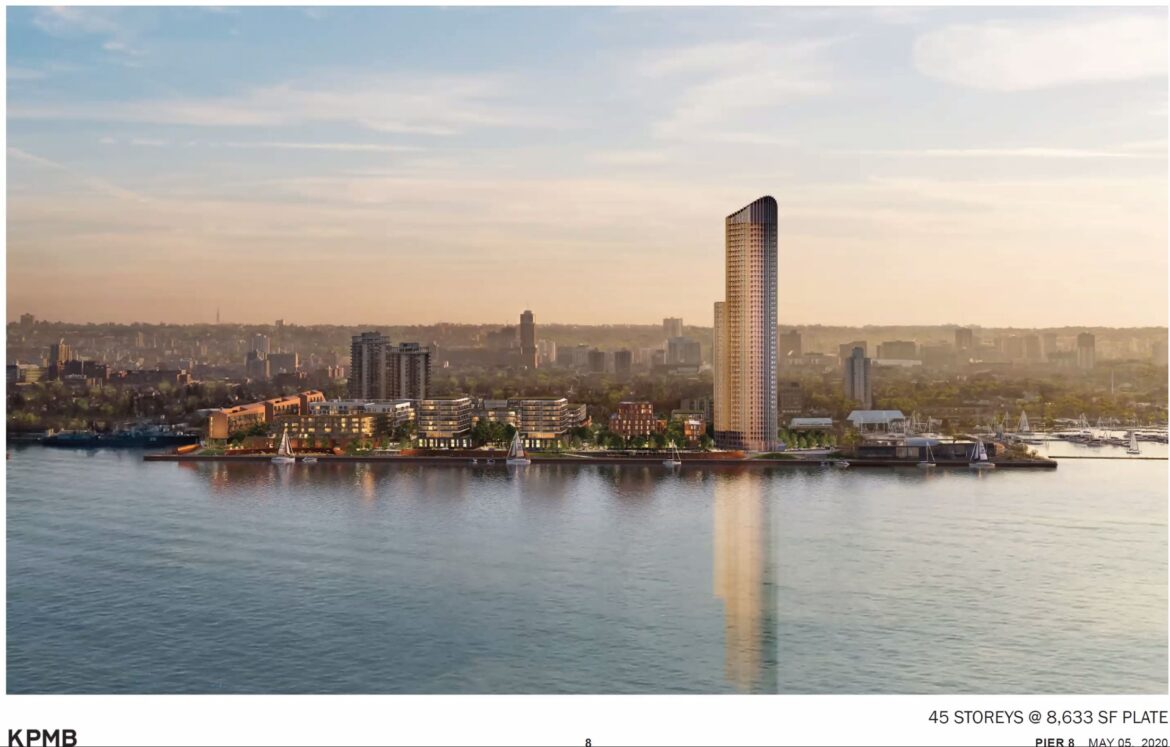 A conceptual design for a 45-storey tall building at Hamilton's Pier 8 redevelopment designed by Bruce Kuwabara and shown to a meeting of the North End Neighbourhood Association on May 20, 2020

Hamilton’s Design Review Panel will deliberate Thursday what should be required for Pier 8 developer Waterfront Shores to be allowed to build a 45-storey tall building as Hamilton’s new skyscraper icon.  what the City should expect from a 45-storey tall building on the West Harbour, if it is approved by City Council, or even sought by the Pier 8 developer Waterfront Shores.

The meeting is Thursday starting at 2:00pm. Members of the public can request access to watch the meeting by emailing Victoria.Cox@hamilton.ca prior to noon on Wednesday.

The tower concept emerges from a surprising turn of events.

Herman Turkstra and Harbour West Neighbours Inc. settled their appeals of the Pier 8 redevelopment zoning with the inclusion of a clause requiring the City of Hamilton’s planning department to present a range of options for a “signature” mid-rise or tall building on the western edge of Pier 8.

The neighbourhood appellants are seeking more family units in the overall Pier 8 redevelopment, the tall building option is designed to incentivize this goal.

As the building height increases, so too does the required number of family units. A 45-storey building must include 150 units with two or more bedrooms.

What should the urban design guidelines for a signature building be? 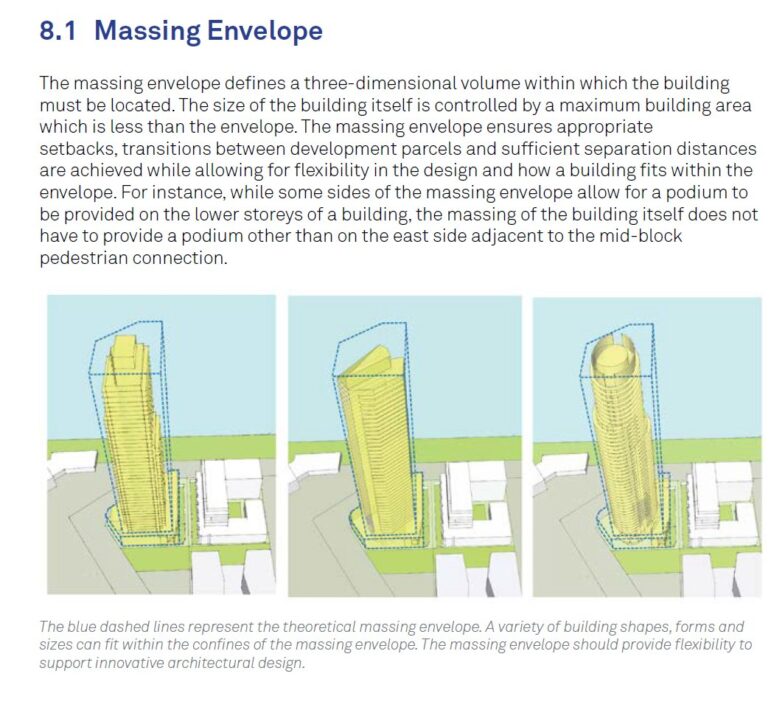 The 92-page document covers site organization, public realm interface, residential building design, sustainability, how to ensure either the mid-rise or tall building option integrate well into the City’s hope to make Pier 8 a year-round destination that Hamiltonians from all parts of the city frequent for recreation and entertainment.

It is a dry read, and not being a product of Waterfront Shores, it does not provide any details regarding the proposed tower. This is why there are no new renders of the proposed building, and the figures in this document are all conceptual.
Disclaimers are contained throughout the document stating that the City of Hamilton has made no commitment to allowing a tall building on Block 16, and the report is to facilitate discussion.

Waterfront Shores “should allow for a minimum of 50% sun coverage at all times of the day” during the spring and summer on the new waterfront promenade, the report states. This means the design of the entire site will need to be designed to manage shadowing of the promenade along the Harbour to the north of the buildings.

Parking for Block 16 will need to be hidden within the neighbouring buildings to the east, says the report. The podium of Block 16 needs to be an active space, not storage for cars. Garage entrances need to be recessed and screened from the pedestrian realm.

Green design should be a key requirement, and the City should impose strict standards the report states. Waterfront Shores is expected to be enrolled in the Energy Star Portfolio Manager prior to submitted any application for Block 16 to the City. 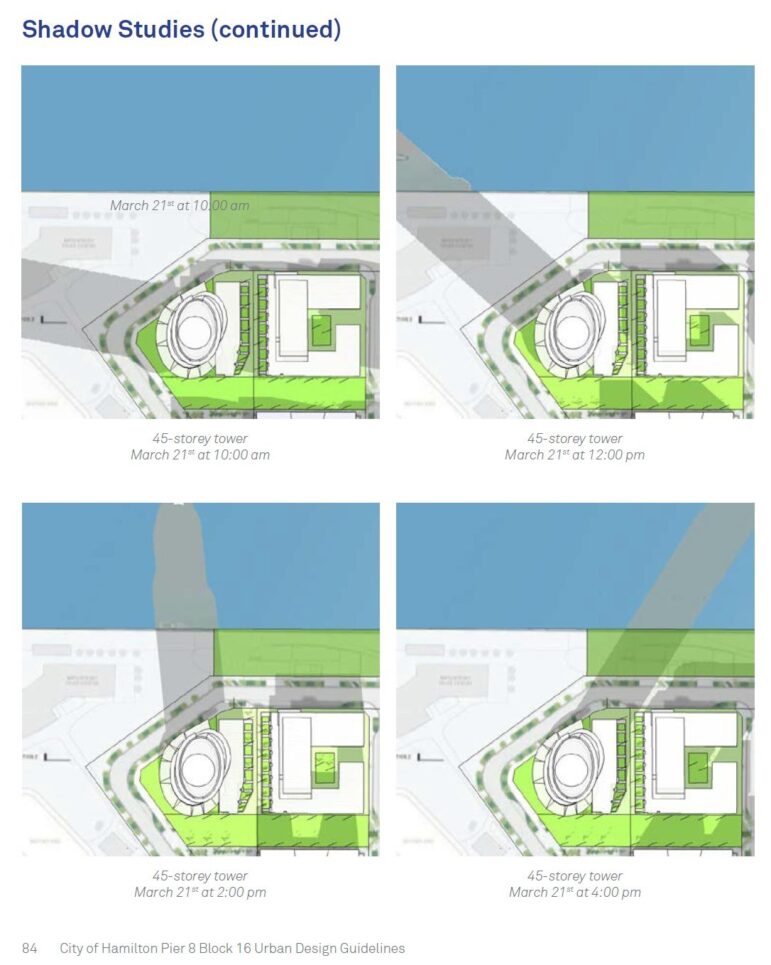 District energy preparation will also be required, including the reserving of space and easements for future thermal piping.

All landscaping will be required to utilize 100% native plants, the report states.
Bird-friendly design will be required “including sunshades or louvers, visual markers within glazed surfaces, and non-reflective glazing to reduce window collisions with birds.”

The idea of the building as a landmark is briefly explored in the final sections of the report, with much discussion of the top of the building serving as a beacon that will represent Hamilton’s skyline.