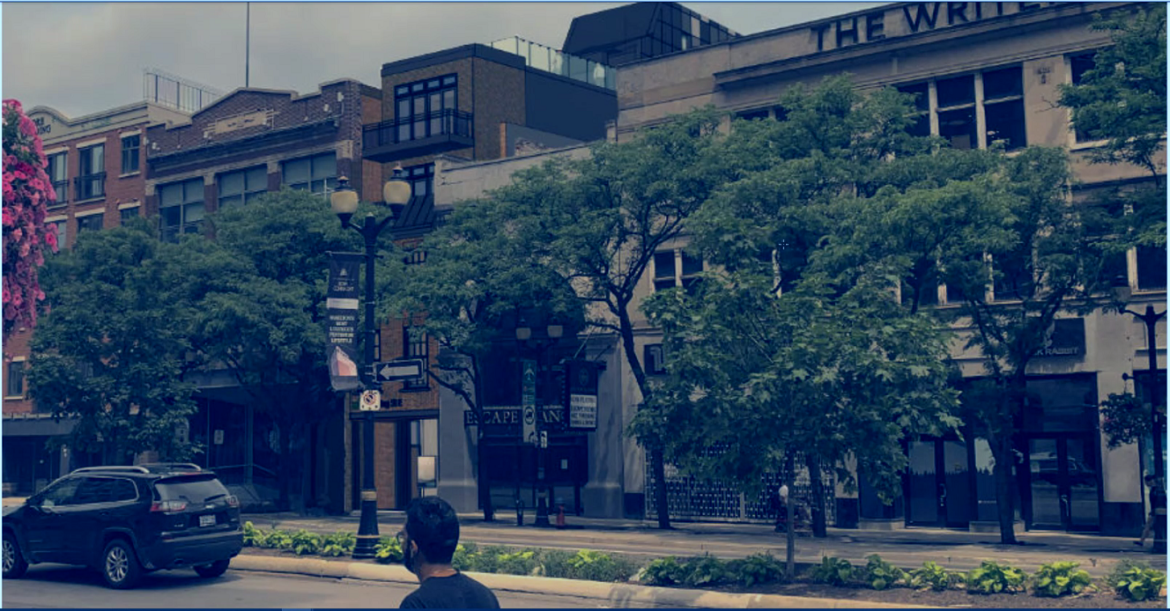 A rendering of the planned redevelopment of 101 King Street East

It may be the most unique new building in Downtown Hamilton, and gained glowing praised when reviewed by Hamilton’s Design Review Panel.

101 King Street East, which housed Klassy T-Shirt for decades, is being adapted with a seven storey addition at the rear of the existing three storey building. The commercial unit on the first floor remains and there will be nine residential units above on floors two to seven.

The project is managing to make effective use of a very small site, and will wedge into the centre of the King Street’s north side between John Street and Catharine Street.

It’s seven storey height also reveals the differences in floor height of the past on this block. The neighbouring properties’ tall ceilings mean their third storeys are equal to the new building’s fifth storey.

Downtown zoning requires buildings to have a 4.5 metre width, the existing building width is 4.20 metres. The Downtown Secondary Plan requires short term bicycle parking in mid-rise buildings, a variance granting exception was granted recognizing the constraints of the site.

Hamilton’s Design Review Panel reviewed the project in August 2020 with all members present praising the project.

DRP member Robert Freedman, a former director of urban design for the City of Toronto stated “this is a great project” adding “clearly a lot of careful thought went into it”.

Jackie VanderVelde, a landscape architect, joined her fellow DRP members in praising the project stating it is a “remarkable [project] on a very tight site.” VanderVelde’s praise included for the green roof planned for the building.

The developer stated at DRP they hope to begin construction in 2021.

There were no objections filed to the application, meaning there is no risk of Local Planning Appeal Tribunal.

Below are slide captures from the City of Hamilton which show just how narrow the site is, and why DRP praised the creativity of the project designer. 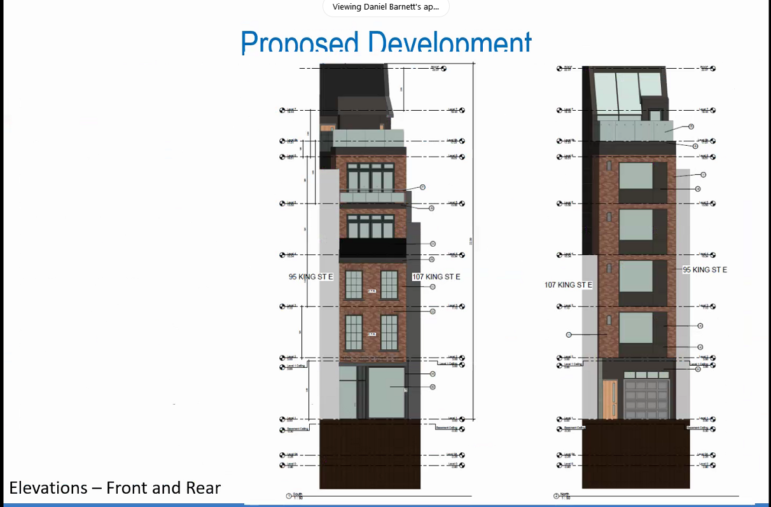 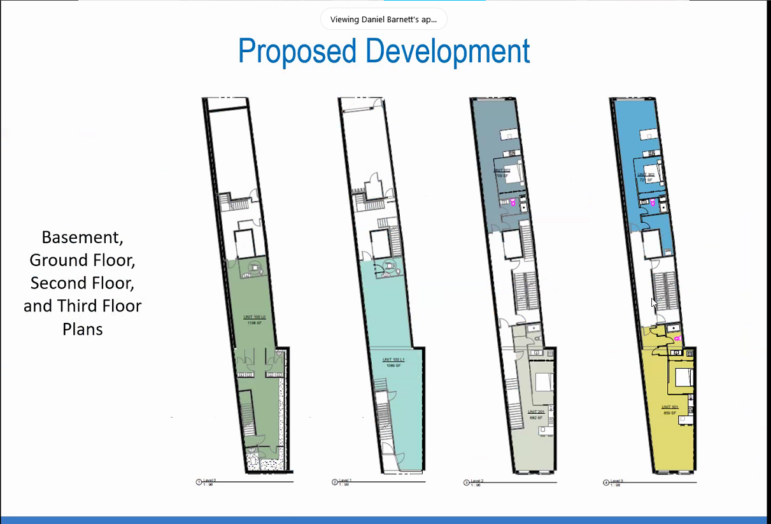