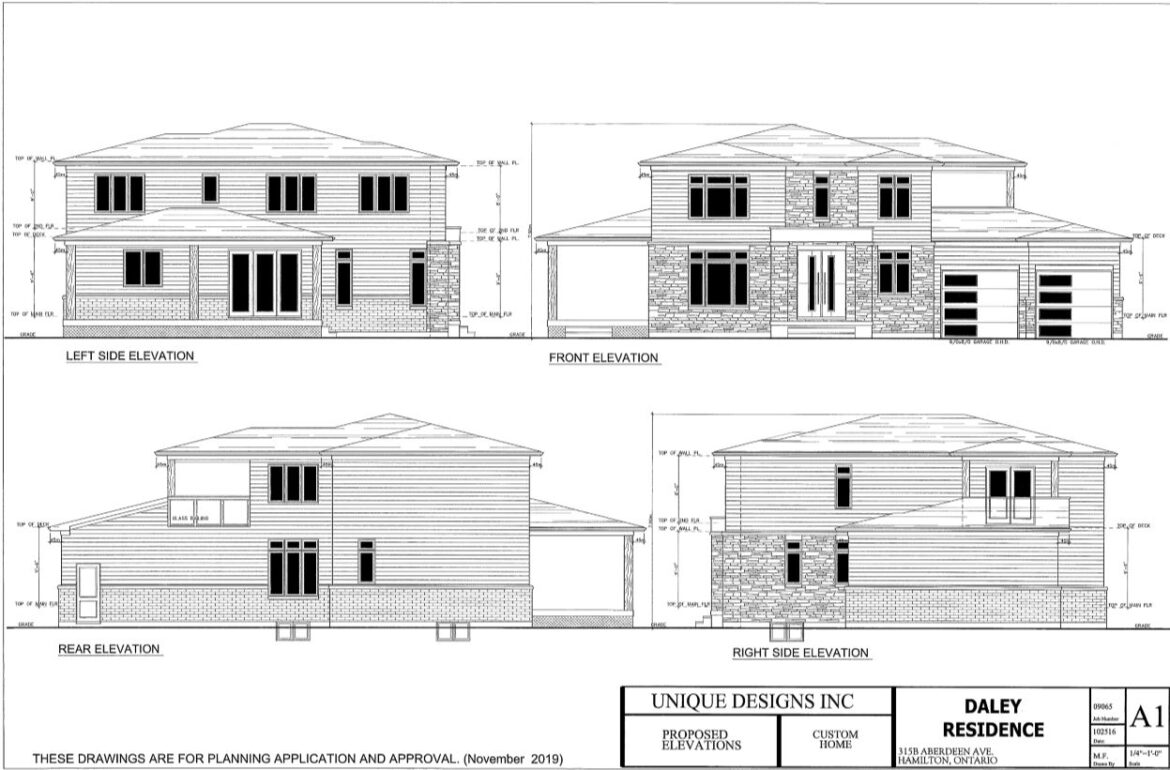 After about 30 minutes to get comfortable with the WebEx video conferencing format, the meeting flowed very efficiently and similar to in-person meetings.

What makes CoA most interesting is how the gradual zoning amendments which change neighbourhoods over time are dealt with there.

The size of houses is increasing throughout Southern Ontario, two examples of how this is happening via minor variances at Committee of Adjustment. Also an example in which CoA constrains the rate of change in existing neighbourhoods to prevent development which significantly differs or unreasonably impacts neighbourhoods..

In Flamborough, two properties were approved for houses covering 26% of the total lot, whereas zoning permits 15%. These approvals have been granted to other properties in older parts of Waterdown. Concerns expressed by neighbours related to drainage of properties.

In the West Hamilton neighbourhood of Kirkendall, the area’s mid 20th century bungalows are being transformed into single-family detached homes of between two and three storey heights.

A home on Chatham Street was approved to build upper-level extensions over the existing bungalow. The neighbouring properties have previously changed to single-family detached homes.

The Deferral – 315B Aberdeen Avenue

Update (Jan 2021): The Committee of Adjustment eventually approved this application. Neighbours appealed the approval to the Local Planning Appeal Tribunal. At LPAT, the neighbours and owner reached a settlement. 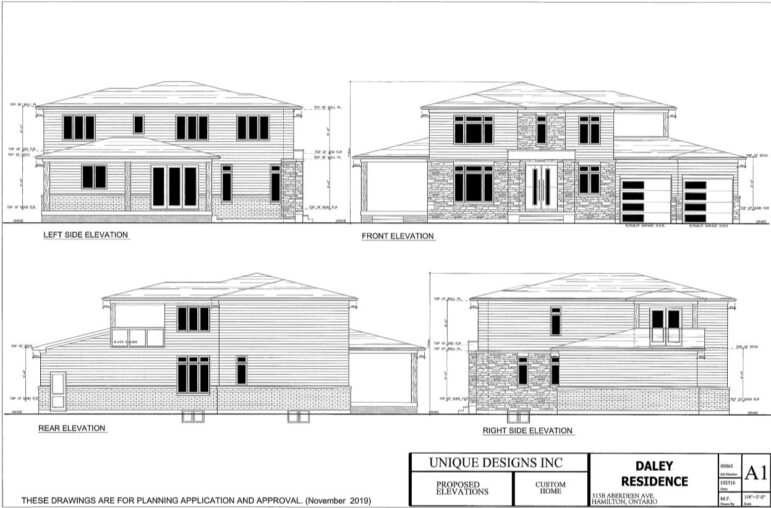 On the south side of Locke Street, at 315B Aberdeen Avenue, an application to construct a two-storey detached home draw a large number of delegations of concern. 24 people registered. Many of the issues of urban intensification were discussed, a driveway onto an arterial roadway, the ownership of unassumed public alleyways, and safety in dense areas.

While CoA only deals with a narrow scope of Planning Act rules – the issue of alleyway ownership is not in front of CoA – people do bring forth their overall concerns, and the CoA listens. Thus, while all that was in front of CoA is to build the front yard much closer to the neighbourhood property (3.6m whereas the bylaw requires 12.0m), the CoA fully considered the full project and its impacts.

The proposed home is actually in the center of the block surrounded by backyard, only accessible by the alleyway, and is a rarity in Hamilton – a separate lot alleyway house.

The proposal to have a large home in this spot has more impact on neighbouring properties than would be the usual case on a street-fronting property.

The Kirkendall Neighbourhood Association delivered a good delegation outlining their concerns. Looking at the full application file, there were definite flags for the CoA, thus the neighbourhood delegation providing the needed reasons for CoA to defer the file.
As you can see in the image a few paragraphs above, the proposed house is quite large, even more so in the context of being in an alleyway. In the image directly below, you can see the proposal has four bedrooms, four washrooms which is uncommon for a traditional single-family home. 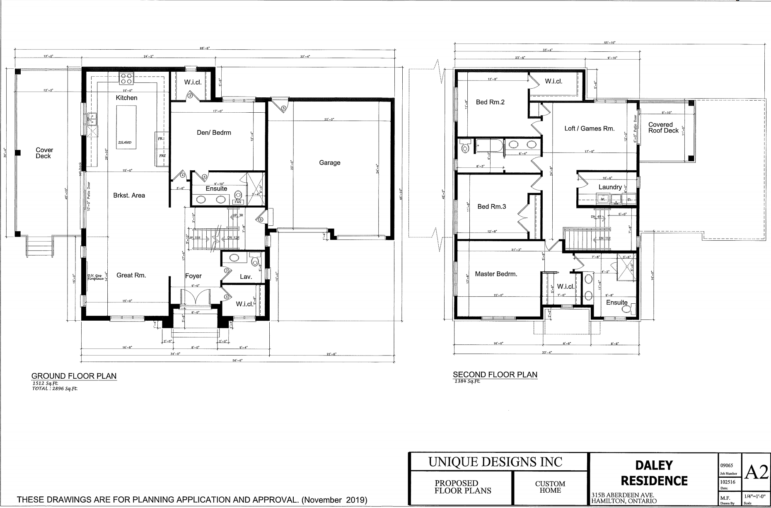 Floor plan presented to the Committee of Adjustment

CoA deferred a decision for two weeks, to visit the site of the application to determine for themselves the merits of the variance request.