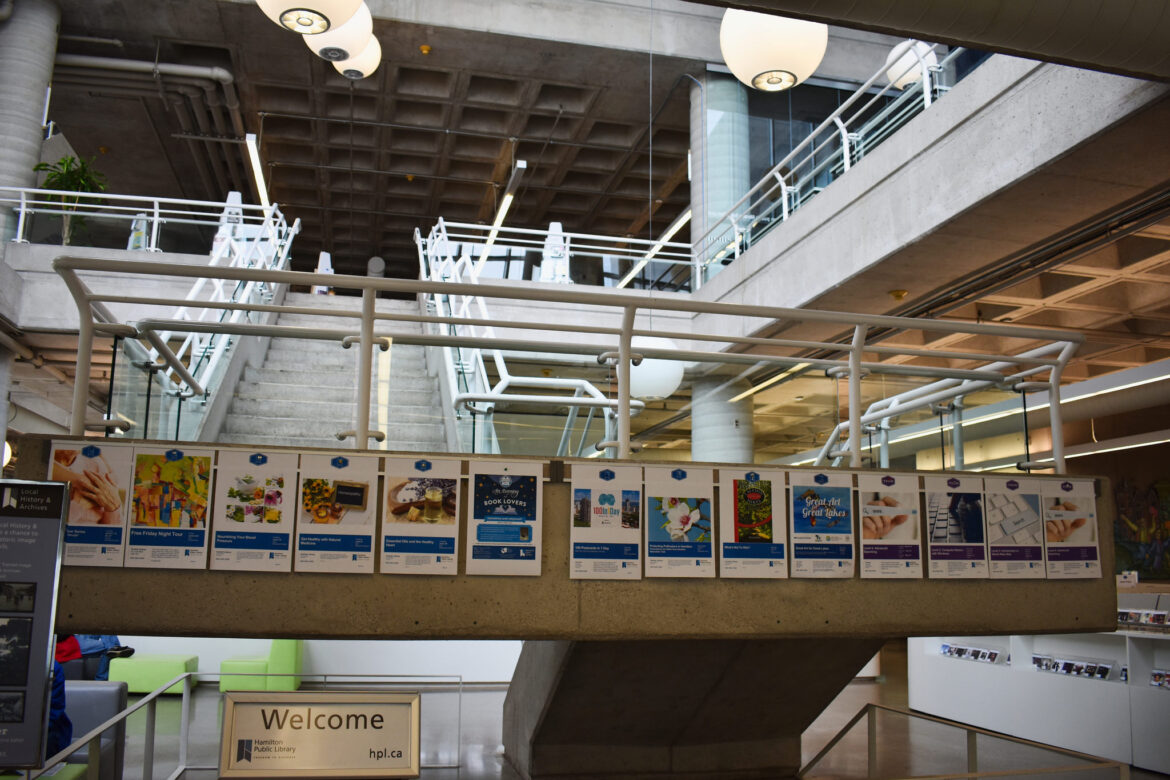 The main staircase of the Hamilton Public Library Central Branch

The Hamilton Public Library Board voted to send City Council a budget submission which will maintain present library services, despite direction from City Hall to submit a budget with cuts.
Interim City Manager Mike Zegarac instructed all City departments, Boards, and Agencies to submit 2019 operating budgets with a maximum increase in spending of 1.5%, inflation is presently 2.2%. The memo from City Hall to the Library stated Senior Management Team may recommend to Council that budgets only be allowed to increase 1%.
Video of Wednesday meeting (The Public Record did not attend) shows that Hamilton Public Library Director of Finance & Facilities Tony Del Monaco told the Library Board that to maintain the present level of library services will require a $719,190 operating budget increase in 2019. Much of the increase in the budget is driven by staff costs, which are set by City Hall contracts, and increasing charge-backs from City Hall for facilities and services. The charge-backs enable City Hall departments to transfer costs onto the library to improve their own financial performance reports.
Library Board members were unanimous in maintaining current service levels. They discussed what the cost would be to bring all library employees to a living wage. Chief Librarian Paul Takala stated the cost would be $170,000. The Library Board did not add this to the 2019 budget, with discussions to occur with the new Council on living wage to occur prior to the 2020 budget process.
Later in the Library Board meeting, a discussion of library hours occurred. During the discussion, Takala stated that responding to public requests for increased hours at library branches – including make all branches open a minimum of six days per week – will require Council to increase funding. The Library Board will look into this issue for the 2020 budget submission.
Council will debate the 2019 Library Budget in late January.