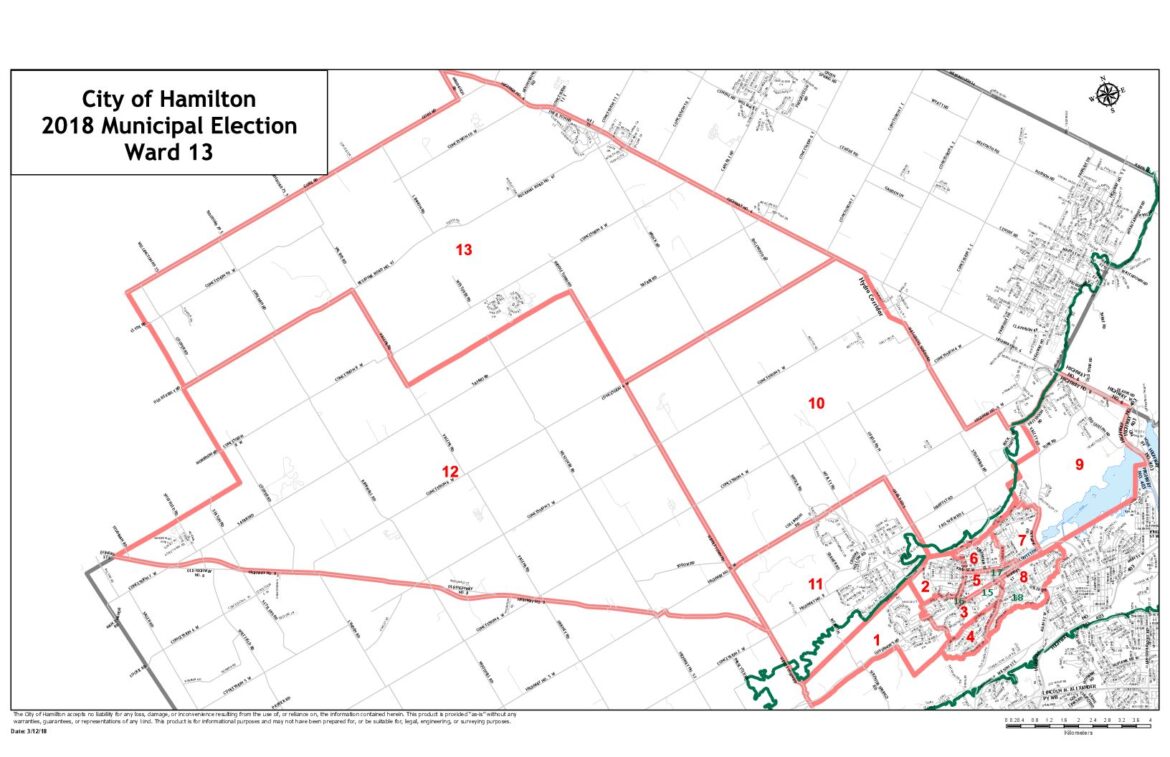 I’m continuing to work on my detailed (admittedly taking too long) ward level analysis of the municipal election results.
The Ward 13 poll-by-poll breakdown shows that Arlene Vanderbeek barely won the Dundas polls which she’s represented for the past four years.
Vanderbeek only won the regular polls 2421 to runner-up Rich Gelder’s 2418. Add in the special polls, senior’s homes which incumbents get a lot of advantages and access, Vanderbeek’s margin increases to 49 votes, 2500 to 2451.
In the advance poll, Vanderbeek did better, 497 votes to Gelder’s 314. However, the advance poll includes rural Flamborough, making it impossible to determine how people in Dundas voted in the advance poll.
Vanderbeek won 3 of the 4 Flamborough polls, John Roberts won north Flamborough, where Rich Gelder did poorly, creating the ~900 vote margin of victory for Vanderbeek in the final result.
On the surface, we’re close to a hypothesis that Ward Boundary Reform saved Vanderbeek by adding voters who didn’t know her as their representative, and were more willing to vote for her than her own constituents.
Here’s why we can never truly know if Vanderbeek was truly saved by Ward Boundary Reform, because we don’t know what decision the other challengers would’ve made in Dundas only ward race.
My own thoughts are that we would’ve seen the same mix of candidates, all of whom knew how unpopular Vanderbeek was, and remains in Dundas.
(Note: I’m working on a mapping representation of poll-by-poll results, but this will take time)

0 thoughts on “Coleman's Notes: The Voters Who Know Vanderbeek Best Voted Against Her The Most”