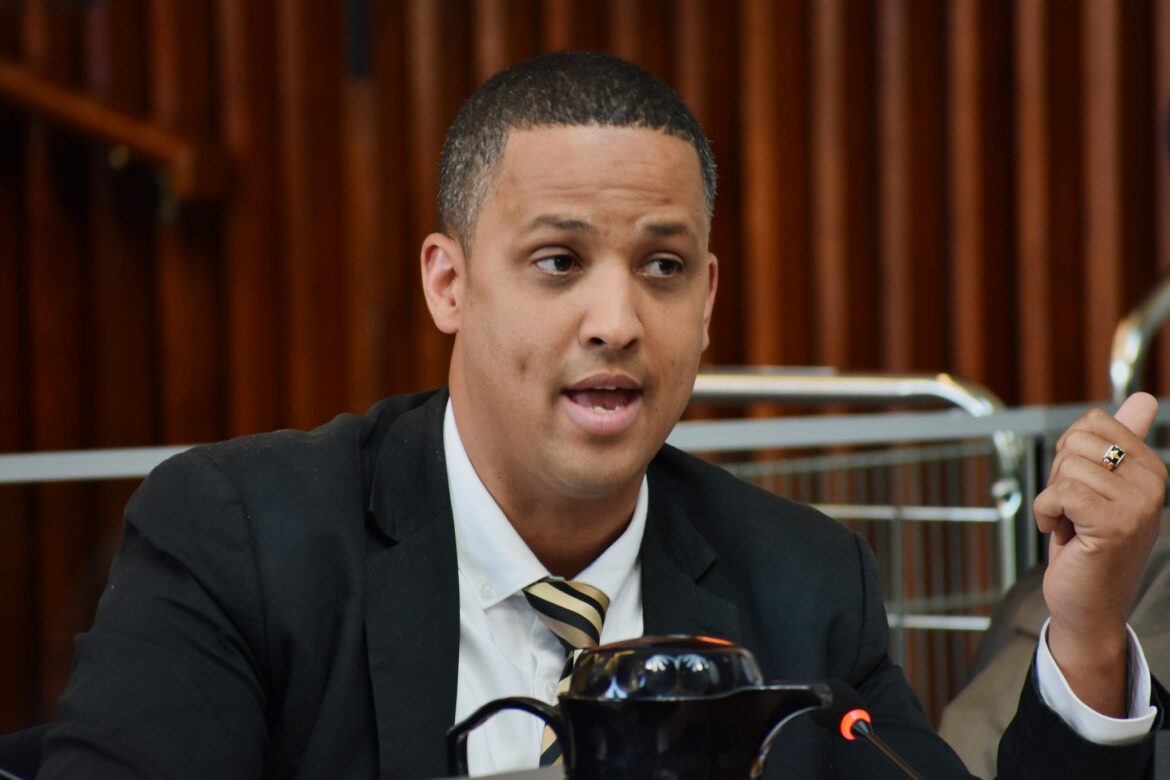 David Christopherson announced his retirement yesterday afternoon, quickly setting the table for speculation on who will seek to fill his shoes after 15 years of him being the Member of Parliament for Hamilton Centre.
The obvious speculation surrounds current Ward 3 (Hamilton Centre) Councillor Matthew Green. Green is a card carrying very active member of the NDP, and was a key campaign lieutenant for federal NDP Leader Jagmeet Singh during Singh’s run for leadership of the party.
Other names are floated for the NDP nomination, I’m going to wait to see if those individuals start mobilizing rather than grant them free publicity. Green’s very active in federal NDP politics, and it’s quite clear he’s considering running.
To Green’s credit, much like Christopherson did in 2003 choosing to not seek re-election to the Ontario Legislature when he was running for Mayor, Matthew Green has stated he will not seek re-election to City Council if he plans to run in the 2019 federal election.

The most immediate question is what happens if Green does not seek re-election in Ward 3. Who will mobilize those who campaigned for Green and donated to his campaign in 2014?
As an open seat, I expect we’ll see at least 12 candidates. Among those will be up to four or five vying to distinguish themselves as the leading progressive candidate.
I’m watching a few people, it’s hard to tell who this will be. The most likely successors are the most loyal to Green, and they’ve carefully avoided making any visible moves towards running.
Will Ward 3 resident Jason Farr, who lives east of Gage Park, run in Ward 3 instead of Ward 2?
Farr is facing a strong organized challenge from Ward 2 resident Cameron Kroetsch if he seeks re-election in Ward 2, and may not hold onto his Council seat. The move of Stinson neighbourhood from the current Ward 2 to the new Ward 3 took an area where Farr’s support is strong. Farr can argue that running in Ward 3 is in part because of the boundary change.
As of July 5th, there was only one registered candidate in Ward 3, Kristeen Sprague.

The 2019 federal election is scheduled for October 21, 2019; 364 days after the 2018 municipal election.
Regardless of who the NDP ultimately nominates as their Hamilton Centre candidate, the Liberals will be looking to take back this seat 15 years after Christopherson won the seat from Liberal incumbent Stan Keyes.
The Liberals have a strong potential candidate in Deirdre Pike, and there will be others seeking the seat now that Christopherson is retired.
The NDP needs to hold their nomination race soon rather than later, as their nomination could be hotly contested, requiring time to reunite the riding association prior to the general election.
The NDP will also need to focus their resources into challenging the Liberals for the Hamilton East-Stoney Creek seat. In HESC, the NDP gains an advantage from holding the nomination meeting closer to the election.
Nominations for City Council races close at 2pm on July 27, it will be interesting to see who shows up at City Hall in the new two weeks to register, and who waits to see what Green ultimately decides to do.